‘Homelessness Is Not a Choice’: The State of the Crisis in Seattle and King County

The county’s 2018 “one-night count” provides a closer look at the facts about the people experiencing homelessness in the region. 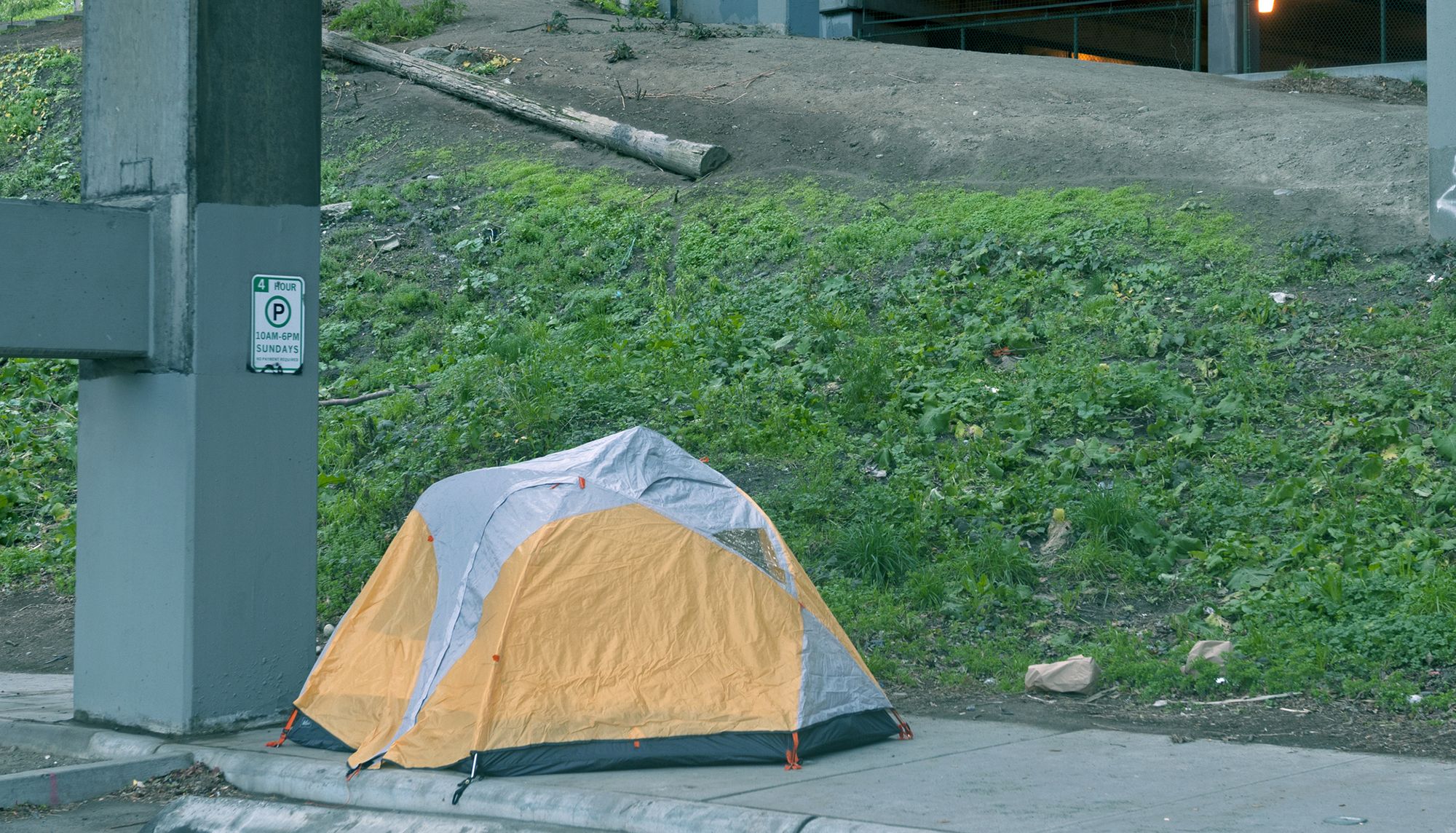 Three years after the city of Seattle declared a homelessness state of emergency, the number of people experiencing homelessness in the region continues to increase.

This year’s one-night count of people experiencing homelessness in King County, conducted by the county’s homelessness response agency All Home, found 12,112 people living outdoors, in vehicles, and in shelters—a 4 percent increase over 2017.

At a press conference Thursday, All Home interim director Kira Zysltra attributed the rise in homelessness, which was slightly slower this year than in previous counts, to a growing lack of affordable housing in King County. “Homelessness is not a choice,” she said. “We are the fastest-growing big city in the country. … The economy is booming and rents are rising, [which] leads to more and more people falling into homelessness.”

The January 2018 count also showed sharp increases in the number of people living unsheltered on sidewalks, in parks, in sanctioned encampments, and in vehicles, as well as an increase in the number of single and chronically homeless individuals.

That number, according to the report, is “to be considered a minimum estimate” and undoubtedly represents an “undercount” of the true number of people experiencing homelessness at any one time.

Mark Ellerbrook, manager of regional housing and community development with the King County Department of Community and Human Services, said around 30,000 people were homeless in King County at some point in 2018.

The one-night count also included a representative survey of people experiencing homelessness in King County, conducted after and separately from the count. According to All Home, 98 percent of the people surveyed said that they would accept safe, affordable housing (as opposed to overnight shelter) if it was offered.

According to Ellerbrook, the county faces a housing shortage of about 90,000 units affordable to people making less than half the area median income, which for a two-person household, would be $40,100. This shortage, he adds, has only grown since 2011, as the booming economy has led to rising rents across the county.

“We see the declining availability of affordable housing as a root cause of homelessness,” Ellerbrook said.

In fact, the overwhelming majority (80 percent) of survey respondents said access to affordable housing and rental assistance would help them escape homelessness, and 70 percent said that immediately prior to becoming homeless, they had owned or rented a home or lived with friends or family members.

Some other highlights from this year’s report: According to the report, “Compared to all other survey respondents, vehicle residents reported notably higher rates of attributing their homelessness to the loss of a job, eviction, or the dissolution of a relationship.”

• Although more people moved into permanent housing than in previous years—according to Zylstra, “we are seeing people, through our programs, housed faster and faster at higher and higher rates.” And although the number of people in families experiencing homeless and homeless veterans declined (by 7 percent and 31 percent, respectively), other types of homelessness increased, often dramatically. The number of people experiencing chronic homelessness—defined as persistent, ongoing homelessness combined with a disabling medical condition—climbed 28 percent between 2017 and 2018, for example.

Although the report offers no specific explanation for the sharp increase in chronic homelessness, the specific challenges facing people who live on the street for long periods suggest that lack of access to behavioral health care is a major issue. According to the report, 63 percent of chronically homeless people reported behavioral health and substance abuse issues, respectively, and more than half (52 percent) said they were homeless because of those issues, compared to 32 percent of those surveyed overall.

Jim Vollendroff, head of the Behavioral Health and Recovery Division at King County Public Health, said that the “vast majority of those entering our mental health services system right now are entering the system at the equivalent of someone who has cancer entering the system at stage 4.” Discharging those folks from the acute mental health care system without housing in place just compounds the problem, he said, because “shelter or homelessness…is not an environment for people to maintain recovery.”

• As in every previous survey, the vast majority of people living on the streets in King County reported being from the region—a fact that has never dispelled the persistent myth that people flock to Seattle from all over the country for free services. About 83 percent of survey respondents said they lived in King County immediately prior to losing their housing, and another 11 percent lived in another county in Washington State. That leaves just 6 percent who lived in another state when they became homeless; the primary states from which people reported moving are California, Oregon, and Texas.

• Several reporters asked whether it wasn’t true that most unsheltered people remain homeless simply because they “refuse services” and don’t want to come inside. The survey found that, in fact, people listed lack of access to services as one of the primary barriers to finding permanent housing.

This year, the number of people who reported that they were receiving any services at all tripled over last year, to 18 percent, and 69 percent of respondents said they had experienced problems when trying to access services. These problems included not qualifying for the services they wanted (23 percent), lack of transportation (23 percent), not knowing where to go (23 percent), and never hearing back after applying for services (18 percent). These numbers, combined with the finding that virtually every person surveyed said they would accept safe, affordable housing, suggests that the problem of persistent homelessness is far more complicated than people refusing to accept the shelter and services they’re offered. Read the full Count Us In report and survey here.