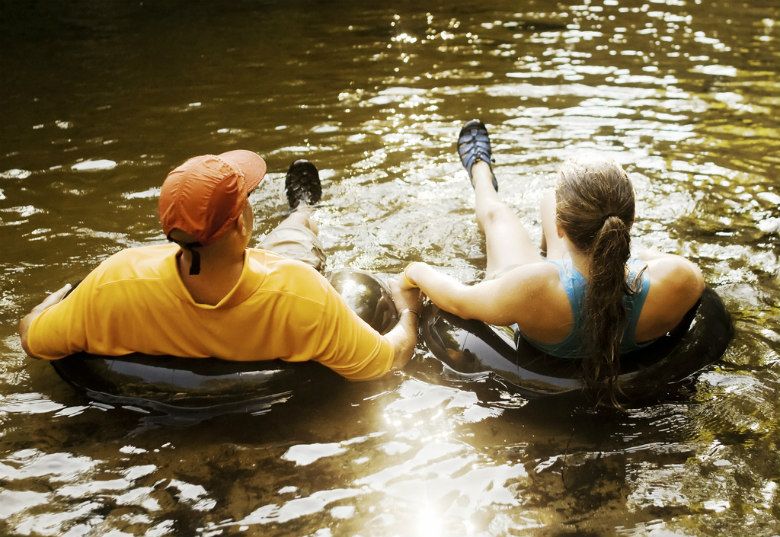 If we’re to believe attractive TV weather people, it’s going to be super hot in Seattle this weekend. The kind of hot that leaves the fan aisle at Target looking like a scene out of The Walking Dead.

Serendipitously, a group of would-be innertubers had planned to hit Lake Washington at Magnuson Park en masse Saturday for an early summer float party. More than 1,600 people RSVP’d on the Facebook event page, but apparently the Seattle police and parks department weren’t as excited about it.

Organizers had thrown similar float parties at Green Lake in years past. However, this was the first time they applied for a permit. Their application was denied, yet the Facebooking tubers planned to carry on regardless.

In response, the parks department posted on Facebook a letter from the police addressed to one of the organizers, warning that anyone who shows up could be hit with a citation ($500 fine or up to $5,000 and/or 364 days in jail for trespassing).

“Based on the nature of this event, and what has occurred at similar past events, Seattle Police Department is concerned about the safety of both event participants and visitors to Green Lake and Magnuson Parks,” stated the officious letter, which MyNorthwest first reported.

Another organizer, who declined to give their name, tells Seattle mag that past events at Green Lake had gone smoothly, save for the time one drunk guy fell in the water and had to be pulled out by fellow floaters.

“The safety concern is definitely there,” the organizer wrote in a message. “But the way I see it, there’ll always be a few people who go out and do stupid stuff on the lake anyways … regardless of whether or not there’s a planned gathering. In my opinion, it’s pointless preventing a large number of people from doing something just to stop a few idiots.”

On Thursday, the official event was cancelled, although the same organizer—who didn’t plan to attend due to anxiety issues—was still encouraging floaters to meet up (*unofficially) at other locations. Another unpermitted float party scheduled for Sammamish’s Pine Lake Park is also in jeopardy after the city caught wind.

“It sucked,” the organizer wrote. “Several people … put a lot of time into trying to get [the permit]. We even raised the money for the event fee. But they just denied us.”

Here’s hoping 1,600 people find another way to cool off this weekend.