Local Artists Get a Kick-start 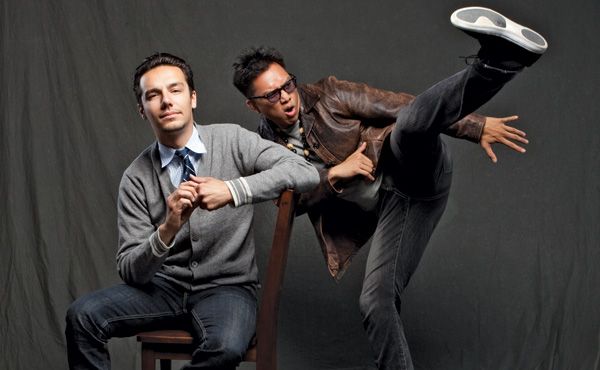 This article originally appeared in the August 2011 issue of Seattle Magazine.

Seattle-based cartoonists Scott Kurtz and Kris Straub decided last year that they wanted their own reality Web-TV show. They had already proven that their style of “bro-mance” banter attracts a following, and they received the green light from Penny Arcade TV (an online entertainment video channel). The catch: They needed to fund the production themselves.

So Kurtz and Straub started a fundraising campaign on Kickstarter.com, set the goal at $50,000 (to cover a camera crew and postproduction), spread the word among fans and, like any good artists would, braced for failure. Four days later, they had raised more than $50,000 (at press time, they had surpassed the goal by more than $14,700). Not only did they have a show, they had money to create extra episodes.

Launched in New York in 2009, Kickstarter is a simple website running on a romantic ideal: Artists who are appealing enough should be able to raise as much money as they need to realize their creative projects—from whoever chooses to donate. The site is free (though Kickstarter takes a 5 percent cut of total donations) and user friendly: Artists describe their project in a short profile and, optionally, a video; set a financial goal and a hard deadline; and promote the project via social media in hopes of generating online donations. If the goal isn’t met in time, credit card pledges (processed by Amazon.com for a fee) are cancelled and the artists are back where they started. It’s all or nothing.

As of April, Kickstarter had launched more than 20,000 projects nationally, adding more than 2,000 each month. If it continues at its current rate, the company could surpass the National Endowment for the Arts as a national distributor of arts funding annually, in terms of dollar amounts. In Seattle, where limited funding creates tough competition for even the smallest grants, Kickstarter allows artists to dream big and, ideally, expand creativity.

Last spring, popular hip-hop duo Blue Scholars raised more than $60,000 to produce their new album, Cinemetropolis, independent of a record label. Lily Verlaine, local creator of the Burlesque Nutcracker, used Kickstarter to raise $2,000 to create a special gown for a burlesque competition in Las Vegas. Screenwriter Lisa Halpern raised $5,000 to purchase the rights to option a screenplay based on the novel Broken for You by local writer Stephanie Kallos.

All these projects speak to what Kickstarter cofounder Yancey Strickler most values about the site: It’s changing the game for artistic projects that aren’t a good fit with traditional funding models. “The way we choose what gets funded is fundamentally flawed,” he says, referring to foundations, movie studios and record labels. Meaning, such enterprises usually encourage artists to shoehorn their projects into a mold they didn’t create. On the contrary, the Kickstarter philosophy presumes that if there’s an audience willing to finance it, the work should be made.

Which is not to say Kickstarter makes projects a cinch. “It was so much work for the money I received, it almost was not worth the time,” admits glass artist Kait Rhoads, who raised $2,000 to create an exhibit catalog. “But with the economy the way that it is,” she adds, “who can complain?”

The Fisher Ensemble, a local experimental opera group that relies on traditional development avenues for funding, plans to launch a Kickstarter campaign for an upcoming performance in Brooklyn this September. “Grant money is dwindling these days,” director Garrett Fisher laments. “You have to be smart as to how to reach out to people who might want to support you. Kickstarter is exciting because it reaches a whole new group of people.”

Lisa Halpern received a single donation of more than $1,300 from someone she had never met after that person stumbled across her project via Facebook.

Writer Kim Ruehl, who is penning a book about Zilphia Horton (an obscure musicologist), says, “The visibility of my Kickstarter page—by which I mean its searchability—got me in touch with some sources who have greatly helped my research.” The $5,000 she raised on Kickstarter last year bought her the time she needed to write. “It’s hard to walk away with anything less than a fiercer dedication to the project,” Ruehl adds. “There are people waiting for me to do a good job on this, and I intend to deliver.”

She also has to deliver creative rewards to her donors, a “thank you” required by Kickstarter that can be as simple as including a name in film credits, or as grandiose as being taken to dinner by the artists.Ruehl offered donors of $500 or more the opportunity to choose any word for her to use in any chapter of her book.

But the majority of donors are more interested in the realization of the project itself—and being a part of the process—than receiving a concrete reward. People can opt out of the reward, and do, which reflects what is really working with the Kickstarter model: imparting a spirit of patronage, of the oldest kind, onto a new generation of local artists and supporters.

To see and support current local projects go to kickstarter.com/discover and click on Seattle under “Cities.”