Trump’s environmental policies have energized protests by citizens all around town. What place does a faith-based group—with a moral imperative—have in this climate? 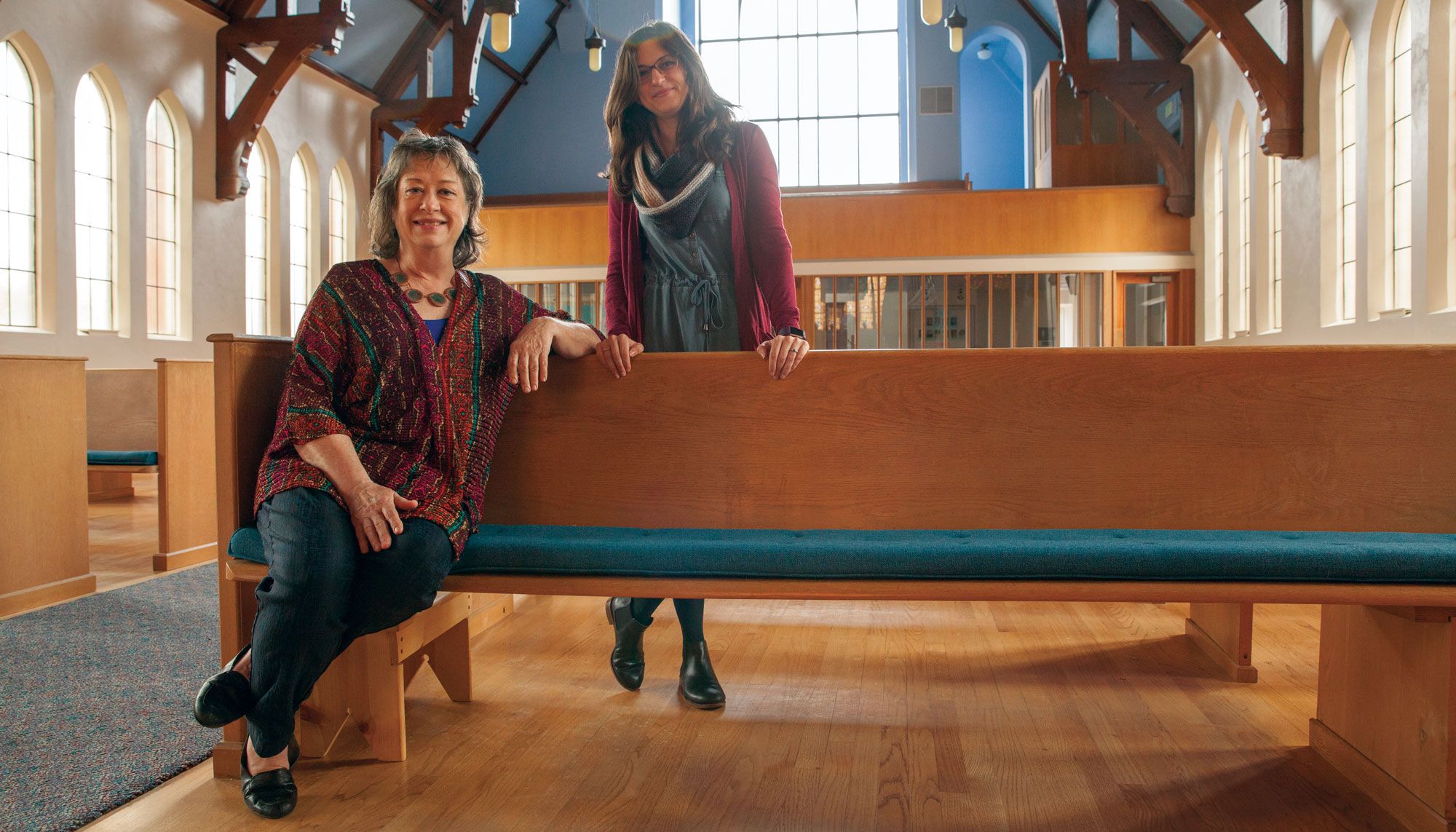 The day before Valentine’s Day—and about halfway through this year’s state legislative session—a small group of Seattleites traveled to Olympia to deliver handmade heart-shaped cards to all 147 of Washington’s legislators. The cards were meant to draw support for a recently introduced proposal designed to boost Washington’s preparedness for and prevention of costly oil spills.

Some of the cards were thank-you notes given to the legislation’s sponsors; the others carried a brief but pointed message: “People of faith would LOVE your support of a STRONG Oil Spill Prevention Act.”

The lobbying effort was a hit—and just one example of how members of Earth Ministry have ramped up efforts in recent years to focus more on advocacy.

As a faith-based group, Earth Ministry brings something unique to the conversation, says Jessica Zimmerle, its program and outreach director. Earth Ministry’s legislative agenda is backed by values and stories, rather than just facts and figures. “[We’re] really clearly articulating that these are not just policy or economic issues, they’re moral issues and they really get to the heart of who we are and how we uplift the common good.”

The Seattle-based organization was launched 25 years ago, bringing together faith communities and religious leaders to protect the planet. It began after members of St. Mark’s Episcopal Cathedral helped clean up a disastrous oil spill in the waters along the shoreline of Grays Harbor. The experience helped them recognize that there are clear requirements in a wide array of religious traditions for the faithful to care for creation, which means protecting the earth. “From a faith standpoint, we say, ‘God created the world,’” said Jessie Dye, Earth Ministry’s senior campaign strategist. “We’ve been given this, we’re called to care for it.”

From its ecumenical beginnings, the group has expanded to include members of the Jewish and Muslim communities, along with nondenominational churches. It has about 5,000 individual members and 500 congregation members across Washington and in other parts of the country, and works closely with the national conservation organization Interfaith Power & Light.

Based in a church in Ballard, Earth Ministry offers members information on the complementary relationship between faith and caring for the environment through hymns, sermon suggestions and a variety of educational resources, and helps them take action. For some members, that action means starting a recycling program, like the one launched at Wesley United Methodist Church in Yakima; or a garden, like the one planted at St. Andrew’s Episcopal Church in Seattle, whose produce has been donated to local food banks. For others, it means caring for local wildlife, like the members of Peace Lutheran in West Seattle who built a raft to help baby seals. But for many others, taking action means bringing these environmental causes straight to the people who can make sweeping changes to our world—lawmakers.

Dye said members have realized over the past decade that while recycling and planting gardens are very important, these efforts aren’t enough. And now, with the Trump administration in power, threatening everything from the Paris Agreement to federal land, Zimmerle says the group has noticed a fired-up member base, with many members looking to do more advocacy work and pushing to connect with other like-minded people to fuel their resolve.

Approaching environmental issues from a faith-based perspective has allowed members to find common ground with lawmakers who may have a very different political perspective and speak to them in terms that they understand. “Stewardship and caring for the place you’ve been given is a powerful rule that’s passed throughout all of our scriptural traditions,” says Dye. “And so we can go and speak about stewardship of our place as a scriptural and biblical imperative, as a great value, and it’s hard to argue that.”

While it’s ultimately difficult to know what difference its advocacy and support makes to whether a bill passes or not, this past year the group has seen some key environmental priorities turn in its favor.

The oil-spill bill its members pushed for with their Valentine’s Day cards passed through both houses and was signed by Governor Jay Inslee in March. Earlier in the year, members also protested against the proposed Tesoro oil terminal, which was expected to involve millions of barrels of oil being shipped down the Columbia River annually. By late January, Inslee had rejected the proposal, citing, among other things, his concerns “about the likelihood of an oil spill impacting the Columbia River or reaching the Pacific Ocean.”

For the past three years, Whidbey Island churches that are involved with Earth Ministry have been sending members to Olympia to lobby their legislators for certain environmental bills. Ted Brookes, chairman of the greening committee at St. Augustine’s-in-the-Woods Episcopal Church (one of the churches involved with this work), said he’s noticed his congregation’s enthusiasm for this type of policy work increase recently. “It’s come to its apex in this particular year because there’s so many environmental issues out there and we all feel we have to take a stand,” he says.

This year, the group lobbied for a food-packaging act, which is meant to phase out per- and polyfluoroalkyl substances (PFASs), chemicals found to be harmful to people and the environment. One of the lawmakers whom the group sat down with was Republican Representative Norma Smith, of the 10th District, who told them she would take a close look at the legislation, according to Zimmerle. The bill ended up passing through the Legislature, and Smith was one of a handful of Republicans who voted in favor of it. “Bringing in that moral voice to the conversation, it really shifts something within it to resonate more closely to the heart rather than the mind of decision makers,” Zimmerle says.

Of course, not all of Earth Ministry’s policy priorities made it through the Legislature. The group was also supporting a bill that would have put a tax on the sale and use of fossil fuels in Washington, and another one that was meant to decrease the carbon intensity of the state’s fuel. Its members plan to return to the latter legislation next year.

And just because the legislative session has ended, it doesn’t mean Earth Ministry members’ policy work is over. In fact, they are helping with a ballot initiative, backed by the labor group Alliance for Jobs and Clean Energy, that would add a carbon fee for some fossil fuels and invest in clean-energy infrastructure. Zimmerle says they’ll continue to work on that initiative for the rest of the year and are very hopeful the initiative will be on the November ballot.

But no matter what happens, their message will remain strong. Whether it’s advocating for policy, sharing an especially illuminating hymn or encouraging a church to recycle, Earth Ministry is serving to illustrate the complementary relationship between faith and conservation. “I think people often kind of want to say, ‘Oh, I’m an environmentalist and I’m a person of faith, too,’” said Zimmerle. “What we do is try to flip that narrative to say, ‘I’m a person of faith and because of that, I believe we have to care for the environment.’”