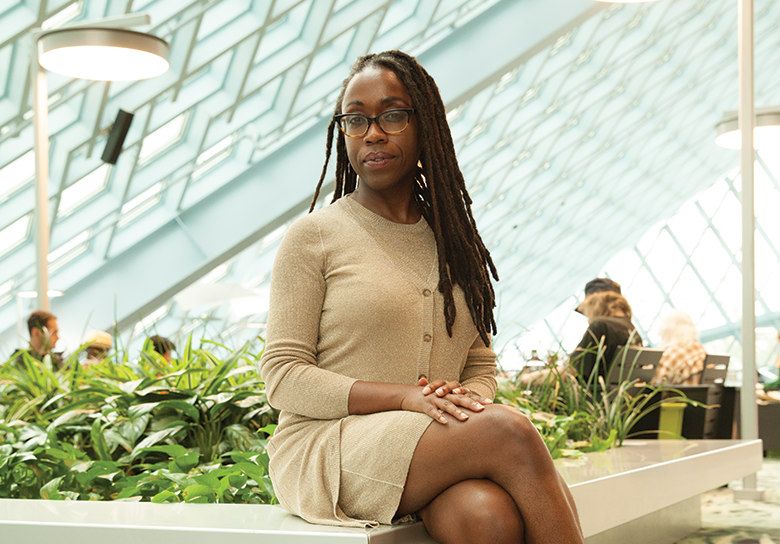 Discussions about race are often led by people of color, notes Valerie Wonder, The Seattle Public Library’s community engagement manager. But a library program last June, called “Interrupting Whiteness,” flipped that construct, asking white people to speak about how they are combating racism, and engaging some 500 attendees. Last fall, a photo exhibit about homelessness, Streetwise, drew 17,000 people—big numbers for the library.

The planner behind both of these events was C. Davida Ingram, who since 2015 has overseen the library’s arts and civic engagement programs. “There’s nothing she does that doesn’t bring a whole coalition of community members to the table,” says Wonder, who oversees Ingram’s work, which has included programming focused on housing and affordability, homelessness, race and social justice.

Taking on the library role might not have seemed like an obvious next step for Ingram, who is a conceptual artist and winner of the 2014 Stranger Genius Award. But finding ways to encourage civic engagement on topics like those can be seen in her art and in a previous role at the Seattle Art Museum. She joined the library just as an internal team was beginning to examine how to challenge institutional racism. “A library is meant to be accessible to everyone; I wanted to be part of that institutional change work,” Ingram says.