Most Influential Seattleites of 2017: Jorge Barón and Carlos Rodriguez 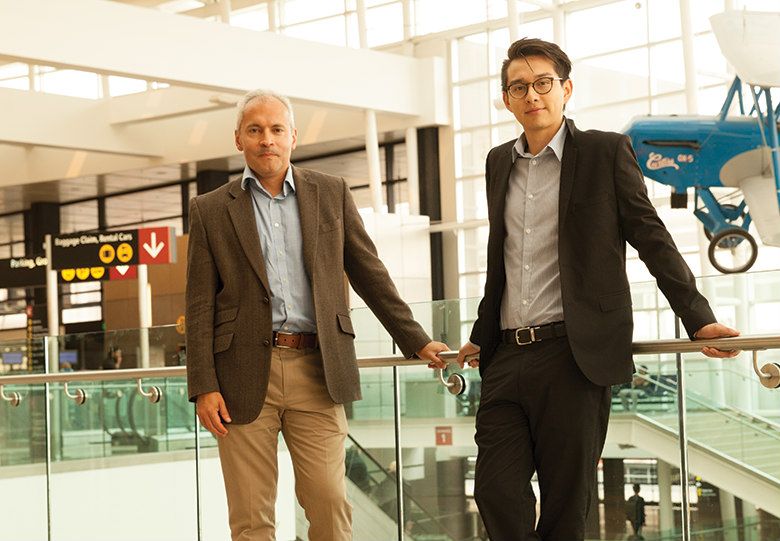 Jorge barón earned national attention in January for rushing to stop a plane at Seattle-Tacoma International Airport, thus preventing the deportation of two men impacted by President Trump’s executive order on immigration, and he wants you to know that the urgency surrounding his work continues.

“Our work feels especially relevant now,” says Barón, executive director of the Northwest Immigrant Rights Project, “but we want to make sure people know that this is not a new need. We’ve been around as an organization for 33 years.”

Still, Barón calls the Trump administration a “game changer.” In addition to travel bans, threats of deportation and the separation of families, he says the “very open, anti-immigrant” rhetoric, which began during the campaign, matters, too.

“As one client told me, ‘I’m afraid for my family, I’m afraid I will get deported, but the thing that hurts me the most is that the country voted that they don’t want me here.’”

These days, in addition to their ongoing legal support work, Barón and his colleagues are keeping an eye on the courts and struggling to find enough volunteer legal representation for people stuck in detention centers.

“When someone is detained, a key success factor is whether or not they have an attorney,” he says of this hidden crisis. But Barón is buoyed by state and local efforts to resist injustice. “We can make a difference,” he says. “Change can happen.”

The path that brought 22-year-old Carlos Rodriguez to Seattle University began in Mexico, with stops in Florida, where members of his family endured homelessness, and Georgia, where they tentatively relaxed into hard-won stability, keeping their undocumented immigration status secret.

Rodriguez falls in the so-called “Dreamer” group of undocumented immigrants, the nickname for the DREAM (Development, Relief and Education for Alien Minors) Act—that would grant a pathway to U.S. citizenship for undocumented children who grew up in this country. He and countless others were protected by the Deferred Action for Childhood Arrivals (DACA) program, created by President Obama in 2012. But in September, President Trump announced plans to phase out the program within six months, and at press time, the future of the program was uncertain.

A popular, successful student, Rodriguez was thrilled to be elected Seattle University student body president for his senior year. After the 2016 presidential election, he rose to hero status in the eyes of some, choosing to be transparent about his immigration status, his fear and his vow to fight for immigrant rights. By January, the stress had taken its toll, and he resigned from the presidency.

Now, after graduating with a degree in public affairs, Rodriguez remains committed to immigrant rights and is contemplating his future—which may include a return to Georgia. “My voice would be stronger in a place where my ideas might not be accepted,” he explains.

He wants stories like his to serve the undocumented immigrants who are less fortunate than him, “who can’t afford education, can’t get jobs, or the people in the fields who get deportation slips. When my story comes up, I want to make sure we talk about them, too.”