The Mystery of D.B. Cooper

It's the 40th anniversary of D.B. Cooper’s daring escape, one of Seattle’s most enduring crime myste 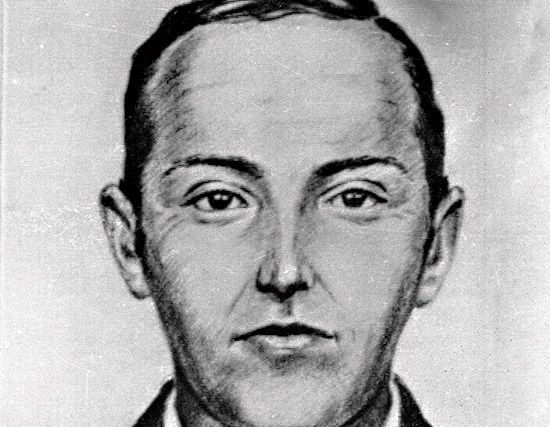 A few crumbling $20 bills. An airline boarding pass. A pink parachute. A black, clip-on necktie from J.C. Penney. This is all that remains of a legendary highjacking, and it fits neatly into a cardboard box at the FBI office in Seattle, part of a long-dormant investigation.

Dormant, that is, until this past August, when Seattle FBI officials reported they’d gotten a new lead: an Oklahoma woman claiming to be D.B. Cooper’s niece. Her story didn’t pan out, exactly—but for a few weeks, it renewed the tantalizing hope of unraveling the mystery of D.B. Cooper’s sensational demise.

It happened in the afternoon of Thanksgiving Eve, 1971. A man paid $18.52 in cash for an airline ticket to Seattle. As news anchor Walter Cronkite reported, “When he got on a plane in Portland, Oregon, last night, he was just another passenger who gave his name as D.A. Cooper… ”

He’d actually given his first name as “Dan,” but Uncle Walter called him “D.A.,” and everybody else got it wrong just then, too, and then wrong again. The man—whatever his real name was—is remembered now as the hijacker D.B. Cooper.

As the Boeing 727 with Cooper aboard headed north toward Seattle, he passed a note to a flight attendant. A short while later, the jet touched down in Seattle.

Bill Kurtis on the CBS Evening News described what happened next: “Thirty-six passengers got off the jetliner in Seattle last night. Left aboard: four crew members and the hijacker, dressed in a business suit, demanding $200,000 and carrying a plain briefcase, which he told the crew held explosives.”

On the ground at Seattle-Tacoma International Airport, Cooper was given the money and four parachutes in exchange for releasing the passengers. The jet was refueled, and at approximately 7:30 p.m., the tower cleared it for takeoff. It climbed into the November darkness and headed south toward Mexico. The crew was told to stay in the cockpit and fly low over Oregon’s flatlands with the flaps down. The aircraft’s speed was cut to 200 miles per hour. The jet began to run low on fuel and landed in Reno, Nevada. Back in the main cabin, Cooper, the $200,000 and one of the parachutes were nowhere to be found. All that was left was Cooper’s clip-on necktie.

Police believe Cooper left the 727 over the flatlands of Oregon or Washington, and they ultimately focused the search on southwest Washington, but failed to turn up any clues.

Meanwhile, Cooper became something of an outlaw folk legend. A tavern in the search area began throwing an anniversary party each year. Then, Hollywood made a movie. In the film, The Pursuit of D.B. Cooper, Treat Williams played the hijacker (portrayed as a wily Vietnam vet), who spoke this memorable line when asked about his flight: “Well, I tell you, the service wasn’t too good, and it was a little bit bumpy. But four parachutes and $200,000 in cash ain’t a bad trade for two cans of Play-Doh and some stereo wire.”

Hollywood aside, the FBI thinks the jump killed Cooper. Snow covers the mountains in the area, a hostile terrain for any parachute drop, especially at night. It was a cold night, Cooper was underdressed, and none of the bills he was given has ever made it into circulation. Kids playing along the Columbia River in 1980 found nearly $6,000 of the money buried in a sandbar, probably washed downstream from where Cooper hit the ground back in 1971.

Four decades later, people still call the FBI and claim to be Cooper, or claim to know the hijacker’s true identity. The bureau has investigated more than 1,000 tips over the years and occasionally, like last summer, these leads whip up renewed interest in the nation’s only unsolved hijacking. But for now, the mystery persists.

This story was originally created as a radio segment for KUOW’s “This Not Just In.” Audio of the complete series is available online at kuow.org.