An invasion of national firms has changed the home-building market here. 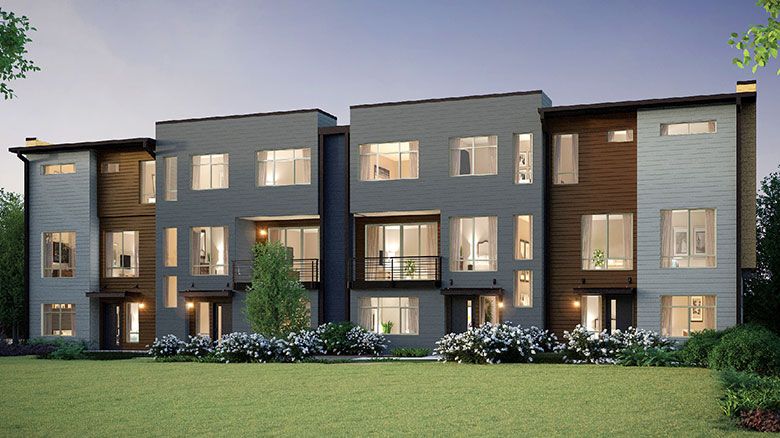 To better compete, Quadrant Homes, a former Weyerhaeuser subsidiary, hired an industrial design firm in 2012 to do consumer analytics on the housing market. The research “brought in some different thinking and yielded great fruit,” Quadrant President Ken Krivanec says.

Krivanec relates that some well-heeled buyers were willingly paying $750,000 for a new home at a time when Quadrant’s average sale price was below $300,000. So the company developed a contemporary design aesthetic and decided to concentrate on the Eastside luxury home market.

Quadrant itself was acquired in 2014 by publicly traded TRI Pointe Group, which is based in the Los Angeles area and owns six premium homebuilding brands operating across eight states. Fueled by new capital, Quadrant began shopping for land — from Bothell to the Renton Highlands — and was able to win some very aggressive bids, says Bonnie Geers, Quadrant’s SVP of community development.

Quadrant also sold five properties in Seattle’s Columbia City neighborhood, where it once planned to build more than 100 townhomes. The properties had appreciated significantly in value. “Selling the assets in Seattle let us keep our energy focused in the direction we were heading,” Geers notes. Quadrant currently has three townhome sites on the Eastside — in Kirkland, Newcastle and near the planned light-rail line in Bellevue.

Meanwhile, Charlie Conner, owner and president of Conner Homes in Bellevue, says his company had to become more nimble to compete against the larger home builders. At its peak in 2004, Conner Homes built about 220 homes a year. After suffering a dip in production during the recession, Conner extended its reach into the South End market and partnered with another business with significant land holdings there. The geographic expansion enabled Conner to return to a pace above 200 homes a year despite the downturn.

Conner now has a presence in seven communities, from Sammamish in the north to Edgewood and Buckley in the south.

While the business did slow in 2009, says Conner, support from its banks enabled the company to continue building throughout the recession. One advantage of being an independent home builder, Conner adds, is that he can be more creative in the type of house he builds on a particular parcel that might not fit a larger builder’s stock house plans. Photograph by Navid Baraty. Developer Conner Homes added properties in the South End market, including homes in Edgewood’s Westridge, above.

Like Quadrant, Conner is also building townhomes. He sees them as a good alternative for empty nesters and others who don’t necessarily want a big yard. But Conner says the competition remains “pretty fierce” from national companies that can spread their risk across projects nationwide. “People build in inflation, assuming prices will continue to go up 10 to 15 percent per year,” Conner says. “If you operate all over the United States in different markets, then perhaps you will gamble here and there and pay the upper price for land.”

By contrast, says Conner, “We have to make it work here because we are a local company.”

Puyallup-based Soundbuilt Homes has also adjusted. Before the recession, Soundbuilt was doing 600 to 700 homes a year. It has scaled back production to about 200 homes annually.

“All the nationals are here and it’s hard to get land to do that kind of number,” says COO Kurt Wilson. “We have to be nimble and able to do various types and sizes of projects that we may not have done 10 years ago.”

Soundbuilt builds houses in King, Pierce and Thurston counties, from Renton to Gig Harbor south to Yelm. Soundbuilt also develops and sells land to national home builders when the properties don’t fit into its production timeline, Wilson says. The company is working on some big projects that were acquired before or during the downturn and are being built in phases.

This story was originally published in Seattle Business Magazine.