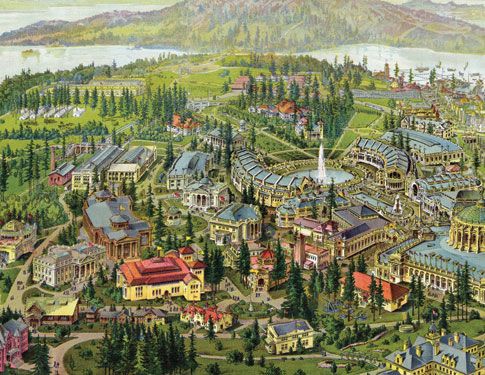 Turns out Google Maps can’t, in fact, do everything. Case in point: It can’t bring the past alive via wonderful illustrated maps—some more than a century old—like the Historical Atlas of Washington and Oregon (University of California Press; $39.95), published this month.

Noted historian Derek Hayes, author of several other historical atlases, packs this big, beautiful book with 550 fascinating maps and illustrations tracing the evolution of the Northwest from scrappy port towns to bustling cities.

Augmented with photos and graphics documenting events that altered Seattle’s landscape—such as the 1909 Alaska-Yukon-Pacific Exposition, the massive Denny regrade, the carving of the Ballard and Montlake cuts, and the 1962 World’s Fair—the atlas imparts a hint of our city’s future and a thrilling sense of where we’ve been.