Discussions move ahead on the LID, a special tax that will provide funding for the extensive waterfront remodel 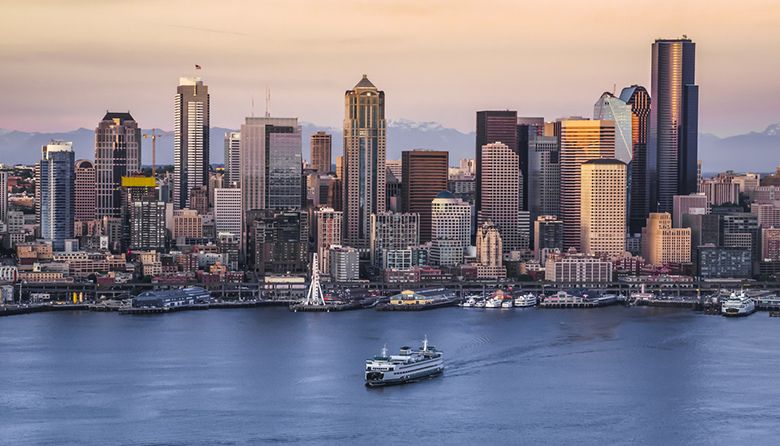 A controversial one-time tax on commercial and residential property located near Seattle’s downtown waterfront, which the Seattle City Council was supposed to have approved before the end of this year, has been held up by protests from some of those property owners who say the proposed $200 million tax assessment, known as a Local Improvement District (LID), is too high and should be scaled back. LIDs allow cities to impose a special tax on properties that will gain value because of improvements that are paid for with the tax. In this case, the city has long planned to use a LID to help fund the $688 million Waterfront Seattle project.

The long-planned project redesigns Seattle’s waterfront once the Alaskan Way Viaduct comes down. But property owners inside the LID, which includes properties up to 12 blocks away from the waterfront itself, have the right to protest the tax; if property owners who represent more than 60 percent of the value of the land inside the LID write protest letters to the city, the LID can’t go forward.

The Seattle Times reported last week that high-profile land use attorney Jack McCullough is representing some of the large waterfront property owners in negotiations with the city, and that, according to some condo owners, the city had agreed to lower the LID from $200 million to $160 million. (Condo owners, who would pay a median assessment of $2,400, payable over 20 years, represent just over 12 percent of the properties along the waterfront most of the land in the LID is owned by big commercial companies.)

Through conversations with property owners, city officials, and other sources familiar with the negotiations, Seattle magazine has learned more details about the proposed deal, as well as the remaining sticking points.

The proposed total assessment of $160 million would be supplemented by additional contributions from the city of Seattle and the Friends of the Waterfront, a private nonprofit established in 2012 to raise money for the new waterfront, and to help operate and maintain it. Current plans for what’s usually referred to as the waterfront park, include a grand, terraced “Overlook Walk” staircase leading from the new MarketFront development at Pike Place Market to the waterfront (and onto the roof of a new Seattle Aquarium expansion); a wide new waterfront promenade flanked by protected bike lanes and hundreds of new street trees; and year-round events, including the return of Concerts at the Pier (at Pier 62).

The city will reportedly contribute an additional $30 million, and the Friends another $10 million, to get the total back up to $200 million. (Seattle Office of the Waterfront director Marshall Foster would not confirm the additional contribution from city tax dollars, but added, “What I can say is, the strategy here is in no way to pursue funds that would otherwise be used for neighborhood parks or other facilities in the city [but] to really look at funds that are associated with the replacement of the viaduct and the [citywide] parks district,” adopted in 2014. That ballot measure established an annual budget of around $4 million to operate and maintain the park.

“The only discussion right now is that we will build the project, with a LID of a size that the city can complete the whole project,” says Heidi Hughes, executive director of Friends, “because without a significant portion of that funding, we end up with road and a wider sidewalk.”

Another sticking point has been the budget for operations, maintenance, and—especially—security.  Friends of the Waterfront plans to supplement Seattle Police Department patrols and the city’s Law Enforcement Assisted Diversion program with its own version of the Downtown Seattle Association’s Downtown Ambassadors—essentially, private staffers who keep an eye on the park, offer information, and help people in crisis—but property owners want more assurances that the city will enforce its anti-camping laws. Former mayor Charles Royer, who co-chaired the waterfront committee and supports the LID, says that property owners are worried that “the waterfront could open and the first tents could go up the next day.”

Seattle Office of the Waterfront director Foster says the city plans to keep the new waterfront secure and inviting through a combination of daily maintenance by parks employees, year-round programming in partnership with the Friends, the ambassadors program, and police. “Our focus is primarily on trained ambassadors and outreach staff who will be backed up as needed by SPD,” Foster says.  However, he said he couldn’t confirm any details about the LID negotiations, including whether the city has committed to spending more money on security in the park.

Ivar’s CEO Bob Donegan, who served on the Central Waterfront Committee that came up with the original waterfront plan back in 2012, says that downtown property owners on that committee at the time said that they “would not support the creation of this park if there is not enough budget to do four things: program, landscape, maintain, and secure the park.” Although Donegan says that ultimately, “I think the security is going to be fine,” others involved in the negotiations say the issue remained a sticking point last week.

Another issue that has come up in the negotiations with property owners is what impact the LID assessments, which were conducted by an independent assessor, will have on their future property taxes. Although the LID is a one-time assessment, some property owners have expressed concern that the King County Assessor, who determines individual property values, will look at the higher LID assessments and raise their property values (and thus their annual property taxes) accordingly.  “They wanted assurances that [King County assessor] John Arthur Wilson wasn’t going to bump up their county assessments,” Donegan says. Deputy King County Assessor Al Dams says his office bases assessments on the sales prices of nearby properties, not on independent assessments like those done by Zillow or, in the case of the LID properties, Valbridge Property Advisors. However, Dams notes that “if you put a desirable amenity in a neighborhood or by a piece of property, that may drive up the values. Will the waterfront be really nice? If so, that probably will drive the values up.”

Although some condo owners have joined the protest against the LID, others say they’re happy to pay the tax. Cary Moon, the former mayoral candidate, lives in the assessment area, says she’s “going to happily pay our assessment, because I know our building is benefiting and I know our property values are benefiting” from what she calls a “really big and ambitious and bold” waterfront proposal. Royer, too, says he’s happy to fork over his share of the LID, which he estimates for him will be around $24,000—or a little over $1,000 a year. “A thousand dollars a year for me to live next to the beach, with a view of the waterfront … is a fair deal.”