By 10th grade, Apoorv Khandelwal was trying to change the world. 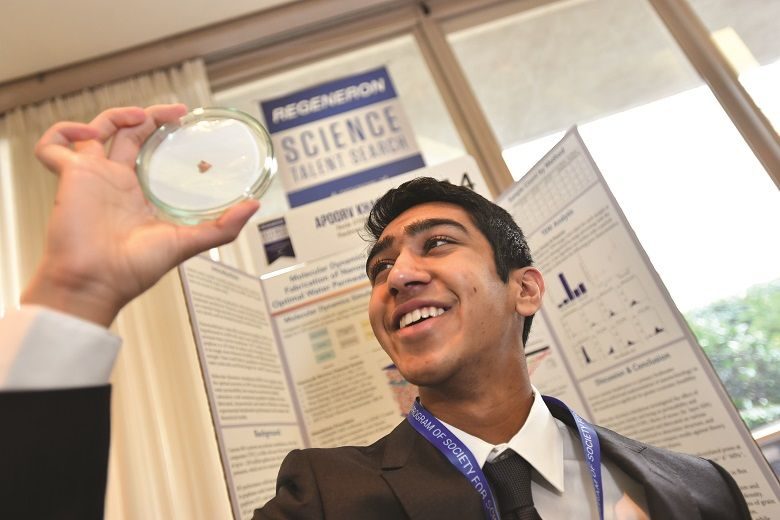 Ask most teens about their plans for the future, and you’ll likely get a shrug. But Redmond’s Apoorv Khandelwal, 17, knows exactly what he wants to do. The Tesla STEM High School senior was one of 40 finalists in the 2017 Regeneron Science Talent Search (STS)—an honor coveted by young scientists nationwide—for his invention that removes salt from seawater. His goal: to bring drinkable water to millions of people in developing countries. The process is called reverse desalination.
Though he didn’t win, the concept of his project (officially called Molecular Dynamics Simulation and Experimental Fabrication of Nanoporous Graphene Membranes for Optimal Water Permeability in Reverse Osmosis Desalination) is pretty simple. Khandelwal found that if he put extremely tiny holes into the material graphene—one of the thinnest materials in the world—the holes would block salt ions while allowing water molecules, which are smaller, through.
While the idea of reverse desalination is not new, Khandelwal’s invention might offer something else: affordability. He says, “By [10th grade], I’d realized that membrane thickness was an important factor.” Graphene makes Khandelwal’s solution slightly more economical than existing ones.
With teens like Khandelwal, there’s hope for the future.