Beast Mode jerseys are flying off the shelves in unexpected places. 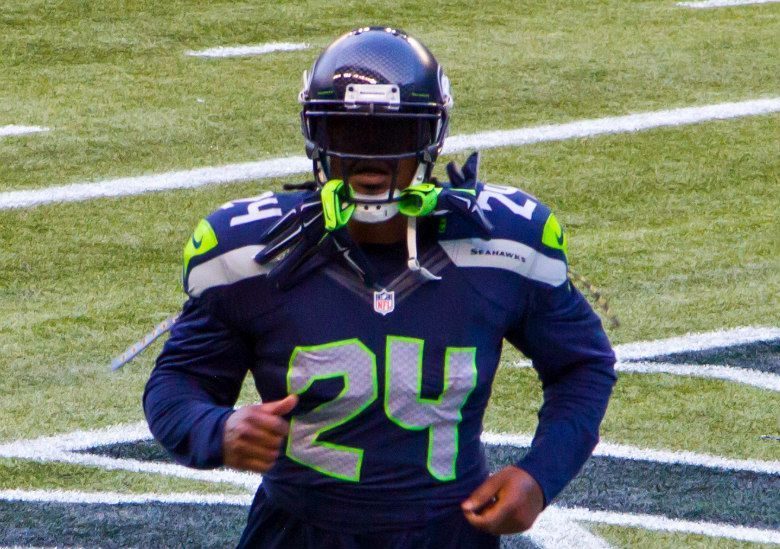 OK, no one loves Marshawn Lynch as much as we do.

The Skittle-gobbling wrecking ball is forever endeared to Seattleites, after helping lead the Seahawks to the franchise’s only Super Bowl victory during the 2013 season. (They’d have another ring had they just GIVEN LYNCH THE DAMN BALL.)

But since coming out of retirement this year to play for his hometown Oakland Raiders, Beast Bode fever has been raging, and not just in the expected regions.

Lynch’s jersey is the top seller in 14 states, straight up dominating the entire West Coast. Predictably, his was No. 1 in Washington and California, but he also took the top slot in Kansas and Indiana—states that have very popular NFL teams of their own. Even Alaska and Hawaii are tearing Lynch’s jersey of the digital shelves.

Beast Mode is taking over the west coast. pic.twitter.com/V5xsRA1Im1

As popular as the Lynch swag apparently is, it’s still not the highest selling jersey in the country. That honor goes to ageless jawline Tom Brady, the guy who handed the Hawks that stinging loss in Super Bowl XLIX (because we didn’t GIVE LYNCH THE DAMN BALL).

At any rate, fans looking to pull out their old Lynch jerseys will have an excuse next month. The Seahawks and Lynch’s new squad meet up in Oakland for a preseason game on Aug. 31.