Robert Redford and Activists Speak Out Against Pebble Mine 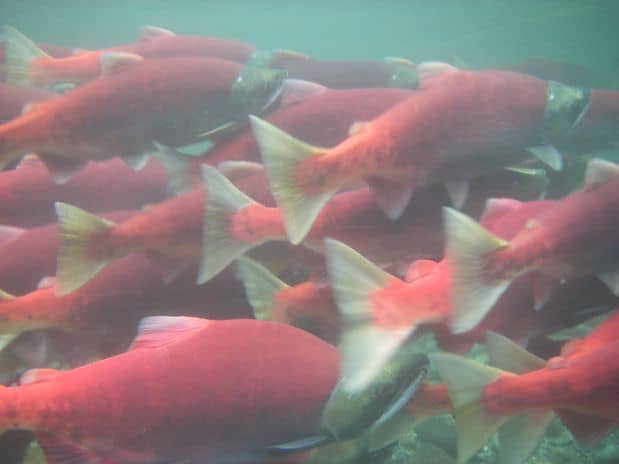 Film icon Robert Redford joined a chorus of voices when he published his stance against the Pebble Mine in Alaska’s Bristol Bay on the Huffington Post:

The Pebble Mine is a disaster waiting to happen.

Now, a long-awaited study by the Environmental Protection Agency has confirmed that the Pebble Mine — along with its estimated 10 billion tons of mining waste — would spell disaster for Bristol Bay, its legendary salmon runs, its pristine environment and its people.

The time has come for President Obama to take the next crucial step: To direct his EPA to use its authority under the Clean Water Act to stop the Pebble Mine.

Local writer Langdon Cook covers this subject in a recent issue of Seattle magazine. More specifically, he explores how the effects of mining for gold and copper in Bristol Bay, home to a major salmon run, could impact Seattle’s economy. In Cook’s article, Seattle restaurateur Tom Douglas calls Pebble Mine “one of the most critical environmental debates of our time.” And even jewelers E.E. Robbins, Ben Bridge and Blue Nile oppose the project, even though they sell gold, because they want to protect the pristine natural habitats in and around Bristol Bay.

In its environmental impact study, the EPA writes:

There is no question that a mine, especially of the type and magnitude analyzed in the Assessment, could have significant impacts and that if these impacts are not or cannot be properly managed and/or mitigated, the consequences could be profound.

Profound on both environmental and cultural levels, no doubt, as illustrated in this video about the people living in the small fishing village of Nondalton, Alaska, just 14 miles from the potential mine site.

The environmental impact study is not a guaranteed obstacle; Pebble Mine could potentially still happen, unless the EPA directly prohibits the mine from being built via provisions under the Clean Water Act, which allows it to restrict the mine based on waste that would inevitably end up in Bristol Bay’s waters if the mine were built. Alternatively, the people of Alaska could have an opportunity to weigh in during fall 2014 elections, the Alaska Dispatch reports.

For more information on Bristol Bay and the Pebble Mine project, read this Frontline report.