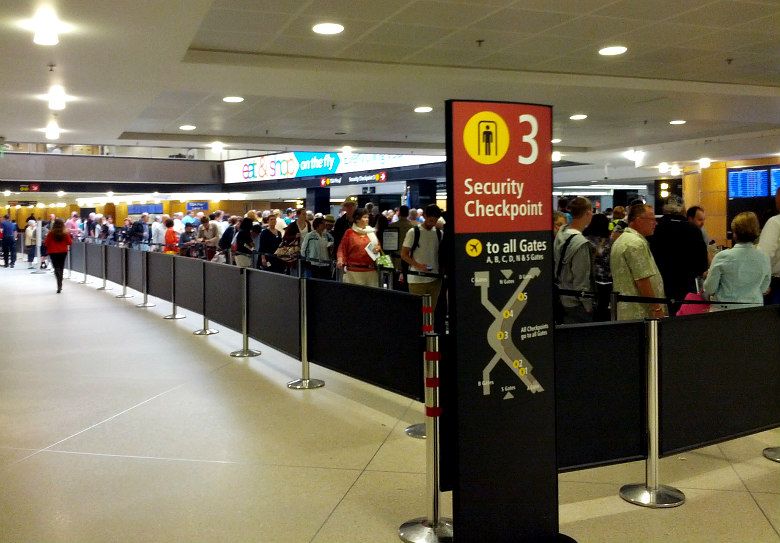 For anyone who’s been stuck in Sea-Tac’s screening lines behind the guy struggling to get his shoes and laptop into those plastic bins in less than five minutes, help could be on the way.

Hapless goons will still be permitted to fly out of the Seattle area’s main airport, but new technology could get you through security checks quicker despite them. On Tuesday, Sea-Tac brass approved a plan to install automated screening lines designed to usher people through checkpoints faster and spare TSA agents some hassle.

The new screening lanes would allow up to five people to load their bins at the same time, with whoever’s ready first advancing in line, the Puget Sound Business Journal reports. Inevitably, someone will still forget about that water bottle they had in their carry on, but officials with airports that have already using the system (including London’s Heathrow and Chicago’s O’Hare) say its sped up the process.

Instead of having TSA agents stacking and retrieving bins, a new conveyor belt system will do that automatically, while directing bins requiring additional screening to a separate area. The idea is to ensure a continuous bin-screening circle, with as little manual labor as possible.

That’s right, we figured out how to make 735,000 pounds of steel sail through the sky, but just realized a fancier conveyor belt can help speed up a line.

At any rate, a Sea-Tac report suggests the automated system could increase “passenger throughput” by 30-40 percent.

According to the Journal, Delta and Alaska Air Group were lobbying for the new system. Sea-Tac officials noted the airport’s sharp rise in passengers (and checkpoint wait times) over the last five years. Sea-Tac will seek bids to for the $30 million system, which will be installed in phases between now and 2019, starting with checkpoints 2, 3 and 5. For now, Sea-Tac has only approved funding for $17 million.