The Seattle City Council Primary Election Is Heating Up: Part 1

The Seattle City Council race is different this year. Here’s why and who’s running—so far 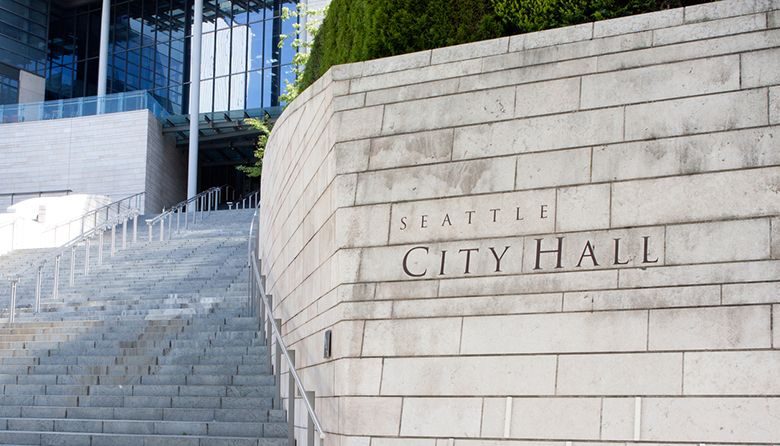 Six years ago, Seattle voters decided they wanted to elect seven of their nine city council members by geographical district, leading to the city’s first district elections in 2015 in almost 100 years.

It was a dramatic change in the way Seattle voters choose their representatives. Switching to districts, supporters argued, meant that candidates would have to reach fewer voters, which would in turn lower the financial barriers to entry and lead to more geographically focused campaigns—and a council more focused on specific neighborhood concerns than citywide issues.

It didn’t quite work out that way. In 2015, most of the “district” candidates were incumbents who were originally elected citywide, and the majority of those incumbents won. (Jean Godden, notably, lost in the primary in an election that ultimately went to District 4 newcomer Rob Johnson, and both Lisa Herbold and Debora Juarez—District 1 and District 5, respectively, won in new district seats where no incumbents were running.)

This year is different. Of the seven district races on the ballot, just one district council member who was originally elected citywide—Kshama Sawant, of District 3—will be on the August ballot. Two others from that group—Bruce Harrell (District 2) and Sally Bagshaw (District 7) are not running for reelection, and another, Mike O’Brien (District 6) has not declared his intent but is reportedly trying to recruit someone he can support to step into the race after some less-than-encouraging poll results.

Johnson, meanwhile, is bowing out after just one term. That means that at least three, and possibly four, of the seven districts are truly up for grabs. And nearly every district is in play, either because the seat is open or because the incumbent is embattled. (Lisa Herbold (District 1) and Deborah Juarez (District 5) are widely assumed to be running for reelection, with better-than-even odds to win.)

Here’s a quick look at who’s running in Districts 1, 2 and 3. Check back Thursday and Friday for an update on who’s running in the remaining districts. The filing deadline for the August 6 primary election is May 17.

Lisa Herbold
Incumbent; former longtime aide to lefty city council member Nick Licata. Herbold is an idiosyncratic part of the council’s left wing, advocating strongly for renters and against gentrification while supporting policies that preserve single-family zoning and getting deep into the weeds on behalf of little-known West Seattle issues.

Philip Tavel
Video game developer-turned-attorney who ran for this seat in 2015 and finished third in the primary; endorsed that year by The Seattle Times for his refreshing, pragmatic sense of analytical thinking and intellectual curiosity” and his skepticism about local tax levies.

Jesse Greene
A graduate student and owner of Little Woody’s Popcorn in South Park, Greene told the West Seattle Blog he’s running to bring a small-business perspective to the council. He says the city hasn’t been transparent about where it spends its funding for homelessness, and opposed the head tax because he felt it was blaming businesses for the homelessness crisis.

Ari Hoffman
Businessman who last year demanded $230,000 from the city for “homeless-related damages” to two North Seattle Jewish cemeteries on behalf of the cemetery board. Hoffman’s platform promotes deregulation, lower taxes, and strict law enforcement against drug users and homeless people who “who have no interest in helping themselves,” according to his campaign website.

Tammy Morales
Morales, a community organizer and member of the Seattle Human Rights Commission, came close to beating incumbent Bruce Harrell in 2015. Since then, she has become a vocal member of the Democratic Socialists of America with a platform that highlights racial equity, preventing displacement, and focusing on housing rather than “criminalizing homelessness.”

Phyllis Porter
A longtime safe-streets advocate, former Seattle Bicycle Advisory Board member and leader of Rainier Neighborhood Greenways, Porter organized a protest on Rainier Avenue S. in 2015 that galvanized efforts to improve safety on one of Seattle’s most dangerous streets for bicyclists and pedestrians.

Matthew Perkins
Pioneer Square resident who opposes supervised drug consumption sites, would end funding for homeless housing providers until they submit to city-run audits, and says he will “work to lower property taxes” in the city.

Christopher Peguero
A Seattle City Light employee who is running as an independent, Peguero says his top priority will be “working with community to foster transparency, equity, and cultural accessibility in government.” His platform calls for additional 24/7 low-barrier encampments for people experiencing homelessness, allowing multifamily housing in more of the city and repurposing the King County juvenile justice center instead of building a new jail for youth.

Henry Dennison
Socialist Workers’ Party candidate who, according to the SWP paper The Militant, is a rail worker who “has been active supporting farmworkers in the Skagit Valley who fought and won union recognition and a contract with one of the largest berry growers in the state.”