The paper's sports reporters have appeared regularly on the station. 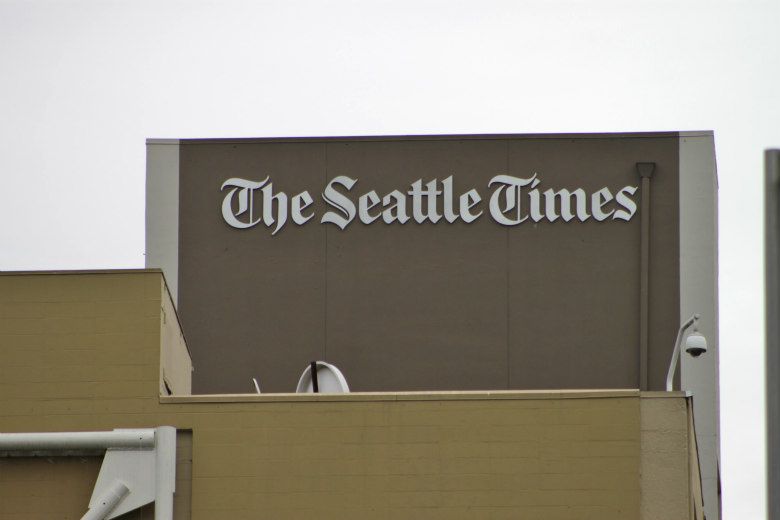 It’s been a longstanding practice for sports reporters of major daily newspapers to make the rounds on local sports radio. But the Seattle Times has decided to keep its beat writers off the airwaves, at least at one Seattle station.

On Wednesday, the Seattle Sports Net blog reported that Times brass had decided to bar its sports reporters from doing any TV and radio appearances. Messages left for Times editor Don Shelton and sports editor Paul Barrett on Wednesday were referred to the paper’s public relations staff. In response to a series of questions, Seattle magazine was provided a statement from Executive Vice President Alan Fisco clarifying that Sports Radio 950 KJR is the only station subject to the ban, citing its “off-color, sexist commentary” as the reason. Here’s his full statement:

“We have implemented minor changes to our freelancing and competing media code of ethics. It has been erroneously reported that we have instituted a ban on all media. That is inaccurate. We have made a corporate decision to not allow any appearances on KJR-AM 950. We are not comfortable associating our brand with some of the off-color, sexist commentary on that station. We will evaluate appearances of our journalists on a case-by-case basis based on the best interests of The Seattle Times Company.”

Calls to KJR on Thursday went unanswered and the station’s program director Rich Moore has not yet responded to an email seeking comment. According to Seattle Sports Net, the Times sports reporters and columnists were regular guests on the station, including Sounders beat writer Geoff Baker, who’s also the paper’s go-to reporter on potential stadium developments.

In its initial post, Seattle Sports Net speculated that the move could be in retaliation for KJR hosts’ critiques of how the paper has covered competing stadium deals. Some on social media have accused the Times of favoring the Oak View Group’s KeyArena renovation plan over a new SoDo stadium pitched by investor Chris Hansen.