Seattle is Working to Make a Better Future for Black Boys. But What About Black Girls?

Critics of a program mentoring young black males argue it leaves girls behind. 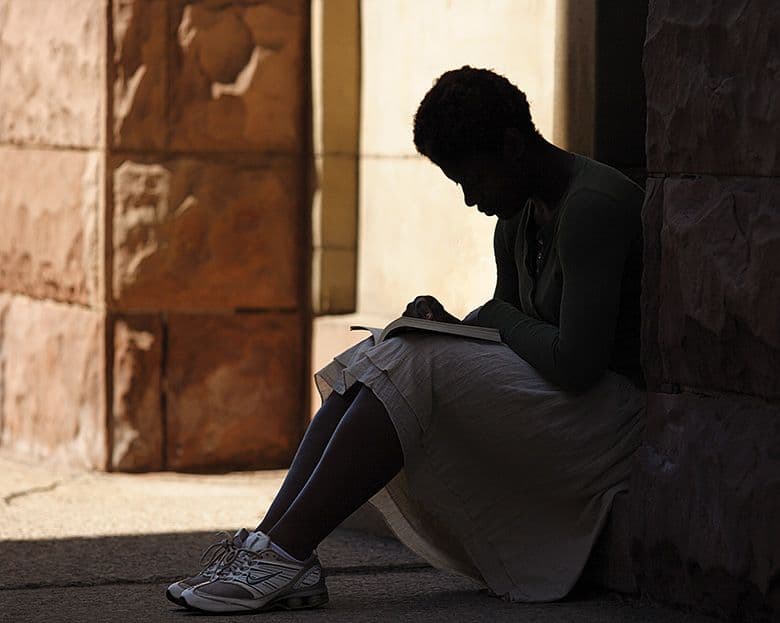 In 2012, only 57 percent of African-American boys graduated from high school in Washington state, compared to 73 percent of their white counterparts.

The achievement gap for young black men goes far beyond their graduation rates. Nationally, African-American boys are twice as likely to drop out of high school as white boys, and are three times as likely to be suspended. In Seattle, African-American boys are nearly three times as likely as white boys to be referred to special education, and these students in general fall far behind their white counterparts on nearly every standard measure of success—from third-grade reading scores to seventh-grade math proficiency to graduation rates. In 2015, 56 percent of white Seattle Public Schools graduates ended up going to a four-year college; just 30 percent of black students did the same. This achievement gap has lifelong ramifications; nearly 70 percent of young black men who drop out of school will end up in prison, and one in three black boys will be incarcerated in their lifetime.

“If you look at discipline data or graduation data or just regular third-grade test data, you’ll see just a huge discrepancy in the gaps between black males and their counterparts,” says Dwane Chappelle, director of Seattle’s Department of Education and Early Learning.

The achievement gap between black and white boys has been documented for decades, but the emphasis on programs targeted at improving the outcomes for black boys is a more recent phenomenon. Last year, after the City of Seattle’s first Education Summit, Mayor Ed Murray convened a 32-member advisory committee to come up with recommendations to close the gap. This year, to help accomplish this audacious goal, Murray organized a Youth Opportunity Cabinet, which includes African-American city department heads, such as Chappelle and Brian Surratt, director of the Office of Economic Development, and announced a new initiative focused on improving young black male achievement, called Our Best. (“If they are given resources that others take for granted, our young black men are our best,” Surratt says.)

The city has allocated $300,000 for the first year of the program (with few details on exactly how the money will be spent), which is modeled after former President Obama’s My Brother’s Keeper program, but aimed at boys and youth between the ages of 14 and 24. A good portion of that money will support a one-year pilot project, which began in July, to double the number of black male mentors, by providing a clearinghouse and technical support for existing programs; the money will also fund a new special adviser to the mayor on young black male achievement.

Mentors, Surratt says, can give black boys the kind of positive role models they may be lacking in home or at school, and from experience can provide lessons on how to cope with challenges. “It’s not a cultural deficiency model,” says Surratt, referring to a model that says young black men are broken and need to be fixed. “It’s an asset richness model”—one that takes the assets that already exist in the African-American community and puts them to work guiding young men who may be struggling into responsible adulthood.

Our Best also includes a new mayor’s council on black male achievement, with the goal of increasing the number of black boys who graduate high school; providing young black men between the ages of 14 and 24 more pathways to “meaningful,” well-paid employment; and reducing the percentage of young black men entering the criminal justice system.

While the city’s renewed focus on young black male achievement is both admirable and necessary, some worry that male-focused programs like Our Best leave black girls behind.

Black girls are six times as likely as white girls to get kicked out of school—a racial gap in suspension rates that dwarfs the gap between black and white boys.

Like those of their male counterparts, black girls’ reading and math scores are at or near the bottom level, and four in 10 black girls who drop out of school cite pregnancy or parenthood as the reason. Black girls who drop out may suffer greater economic consequences than black boys, largely because the jobs that are available for female high school dropouts pay significantly less than those available to male dropouts. Black girls are also far more likely to be single parents without other sources of support, which compounds the impact of lower wages. Little wonder, then, that the median net worth of single black women is $100, compared with almost $7,900 for black men and $41,500 for single white women.

Moreover, black girls experience harm at school that the standard “achievement gap” yardstick simply fails to measure, such as sexual violence, suicide, harassment and the consequences of single parenting, says Kimberlé Williams Crenshaw, the founder and director of the African American Policy Forum and a law professor at UCLA and Columbia University.

“There is a whole range of ways that girls are impacted by these environments that people aren’t even talking about because the point of departure is always the boy,” says Crenshaw. Much like health research that for many years only used male subjects, the data available on African-American student achievement is largely centered on outcomes that primarily impact boys, such as the school-to-prison pipeline, creating a feedback loop that leaves girls out. “It’s not just one gender that’s struggling, [but] the conversation up ’til now has assumed that the only students in crisis were boys,” says Crenshaw.

Proponents of Our Best say they’re aware that girls face specific challenges that boys don’t. “We all know that our young ladies need support as well,” Chappelle says. But, he says, “We have to get that infrastructure in place first, and then we will be able to provide the young ladies with support, too.” Supporters of Our Best also insist that by helping young men, the program will benefit young black women as well, by fixing systems that hurt everybody when they’re broken.

“The intent is that if you fix a demographic that is clearly doing statistically the poorest, you are in fact fixing the institutional problems for the other demographics as well,” says City Council member Bruce Harrell, an Our Best proponent. “In fixing a lot of the institutional practices that work to the detriment of young black males, I think young black females and even others will reap the benefits.”

Surratt adds, “Unfortunately, across almost every metric that you can imagine, every social, economic and health indicator, young black men are suffering the most, and so we wanted to tackle this part of the community first.”

Crenshaw, who criticized Obama’s My Brother’s Keeper program for excluding girls in a New York Times op-ed piece, is less convinced, calling that theory “trickle-down social justice” that “doesn’t work any better than Reaganomics did.”

Chappelle points to the fact that at least one school in Seattle that implemented the My Brother’s Keeper program, Aki Kurose Middle School, has since added an analogous Our Sister’s Keeper program for girls as evidence that the program will probably expand—eventually.

“Once we get Our Best down as far as young black men are concerned, then I would anticipate we would figure out a way to make sure that we are weaving in the support we need for our young black women, and also other young women of color who have historically been marginalized,” Chappelle says. The question is, how long will it take? And will it be soon enough to help the latest generation of young black girls who are at risk of falling through the cracks?