The Seattle Storm star opens up in a new ESPN interview. 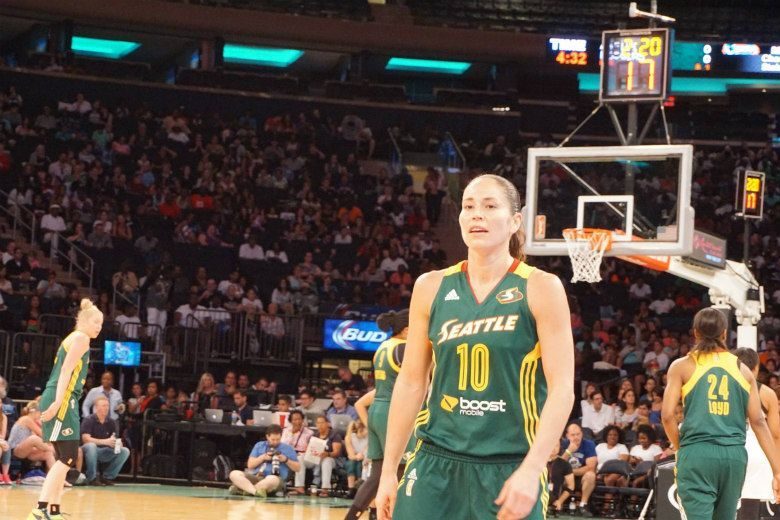 The world knows her as one of the WNBA’s all-time greatest players; a deft passer with a sweet three-point stroke that helped her lead the Seattle Storm to two WNBA championships and nab four Olympic gold medals.

But this week Sue Bird let fans in on a more personal aspect of her life. In a new interview with ESPN, the decorated point guard said publicly for the first time that she’s gay and is dating Seattle Reign star Megan Rapinoe.

“I’m gay. Megan’s my girlfriend. … These aren’t secrets to people who know me,” Bird tells ESPN. “I don’t feel like I’ve not lived my life. I think people have this assumption that if you’re not talking about it, you must be hiding it, like it’s this secret. That was never the case for me.”

While Bird’s family and friends have known for years, she nearly came out publicly at several times during the 2016 Olympics, when she was playing for the U.S. women’s national team in Rio de Janeiro. But ultimately, she “chickened out.”

Bird says she’s known she was gay since college, where she led UConn to an undefeated season and earned national player of the year honors in 2002. Back then, sexuality wasn’t really discussed in sports and now just felt like the right time to open up publicly, she says.

“This has been something I’ve been on the verge of doing for a long time,” Bird tells ESPN.

Apparently, the Seattle sports stars connected during those 2016 Olympics, when Rapinoe was playing for the U.S. women’s soccer team.

“We have a lot in common and just sort of clicked,” Rapinoe tells ESPN. “I joke she is my No. 1 go-to-for-advice person. She’s just so level-headed.”