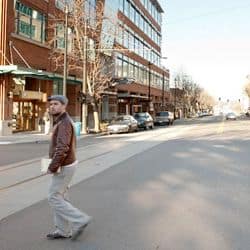 Once mostly an area passed by commuters heading to I-5, South Lake Union now boasts some of the city’s most booming blocks of shops, restaurants and urban residences. Philanthropist/entrepreneur Paul Allen, the CEO of Vulcan Inc., has made the area his own Monopoly board, with developments including the massive 2200 Westlake complex, home to a mega Whole Foods grocery and the Pan Pacific Hotel in the Denny Triangle (other Triangle residents include upscale furnishers such as Inform Interiors and a new Ligne Roset showroom); a flush of flashy residences and the shiny new mixed-used Westlake-Terry Building, which claims, among other tenants, the popular Belltown expatriate restaurant Flying Fish. As Amazon’s massive 11-building headquarters, another Allen project, continues to take shape over six blocks (mostly along Terry Avenue N between Mercer and John streets), diverse retail is likely to proliferate. Already within easy walking distance or a quick ride on the South Lake Union streetcar from downtown, the area offers such retail pickings as a third-century Asian antique and a this-century electric-powered roadster. A few blocks east, a smaller hive is buzzing on Yale Avenue N around the REI flagship store and the Alley 24 residential/retail complex. It’s only a matter of time before the two come together in what some see as Seattle’s version of Portland’s Pearl District. 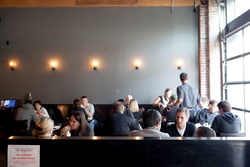 6. Custom Smoothie
For all manner of low-calorie, energy-boosting smoothies, this locally owned (by twin sisters) shop encourages you to drink to your health. 428 Westlake Ave. N; 206.382.5522; customsmoothie.com

7. Honeychurch Antiques
A no-fail spot for quality Asian art and antiquities, say, a third-century Han Dynasty earthenware statue ($1,800), in an elegant setting that could double as a movie set. 411 Westlake Ave. N; 206.622.1225; honeychurch.com

New to the ’hood: This spring, Tom Douglas opens three new restaurants in the historic Terry Avenue Building (part of Amazon’s new campus) between Thomas and Harrison streets. Soul Wine (corner of Westlake Avenue N and Harrison Street) is a new wine shop and bar from Michael Teer, owner of the well-loved Pike and Western Wine Shop in the Pike Place Market.

With a side of…

Yale Avenue N.
A few blocks east of Westlake Avenue is another appealing stretch with an eclectic mix. 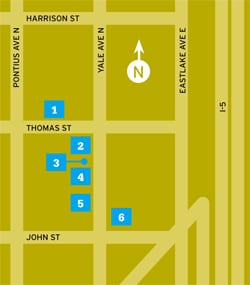 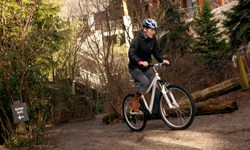