There’s a Cloud Over Seattle

Times are difficult in our fair city, says Knute Berger. Will balance and livability ever return? 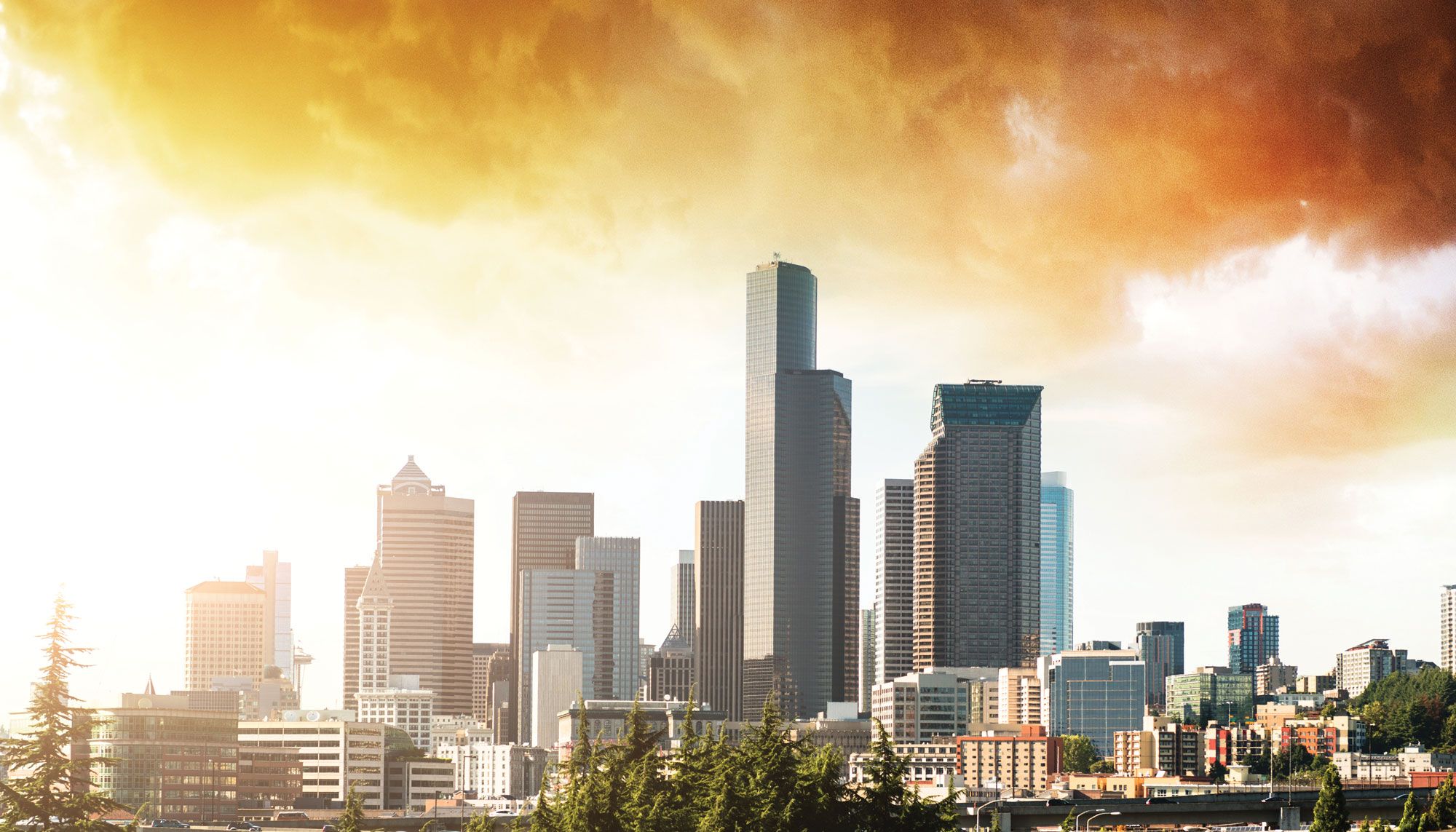 Life in Seattle feels punitive these days. Yes, we have the consolation of living in one of the most beautiful settings for a city anywhere in the world. And there’s never been a time when consolation has seemed more important. We also used to feel like a haven from many problems—a town that figured out the balance between work and play, between pleasure and responsibility, between nature and urban life. Many folks came to Seattle in the late 20th and early 21st centuries looking for comfort, to kick back, to be a little more like their true selves here rather than someone stuck in a rat race. People wanted less glitz and more real; a town laid back enough, you could find yourself. Seattle made it easy. We were relatively accepting, tolerant. Our politics were open, our social hierarchies flat. We were a middle-class city, for better or worse. Big enough to get lost in, small enough to feel comfortable.

But living here feels different now. People move here for ambition, using the city as a stepping-stone to somewhere else. Nearly half of those who move here don’t intend to stay more than five years. As for glitz, luxury high rises now abound. We were once a bit of a haven from urban growth—now we’re the exemplar of it.

For many of us longtime residents, today’s civic life and economic realities feel like a punishment much of the time.

It’s easy to feel punished if you try to go anywhere. There’s a war on bikes, a war on cars, even a war on pedestrians. Streets and sidewalks are being torn up for endless rounds of construction. Even our detours have detours. Roads are on “diets,” parking has been eliminated or priced out of sight. We live in a massive construction zone with the promise of slow progress (a quarter-century wait for light rail’s build-out) and future impediments (taking down the Alaskan Way Viaduct, finishing State Route 520 and repaving Interstate 5). We tell ourselves, “It’s worth it because it’ll all be better someday.” But will it? Will the city ever slow down enough for things to settle, for people to catch up? If you’re here for only a few years, does it matter?

Affordability—the lack of it—feels punitive as well. Seattle’s median home price in April was $820,000—up $43,000 in one month (and likely up even more by the time you read this)! Let that sink in. Rents are sky high. The current cycle of growth thrives on gentrification and displacement—that is its purpose, to increase values, because low-income and settled communities are not profitable. Yet we also punish builders with too many rules and regulations. We’ve divided into YIMBYs and NIMBYs: pro-growth and anti-growth. The world is more complicated than these polar opposites. But our debates often feel like they are fought from two distant corners, each of which is half right.

People are quick to publicly shame anyone they disagree with. I think about the scolding delivered by City Council member Kshama Sawant, who ripped liberals for offering condolences on the death of Barbara Bush; or council member Mike O’Brien being unceremoniously ejected from a Nordic Museum after-party by a host who was mad about a bike path. Community meetings about the homeless have turned nasty as did the debate over a head tax on Amazon and other large employers.

We often reach for punitive measures to solve problems. We punish pop drinkers with a tax on sugar drinks. We punish all city residents—especially those with low incomes—with the most regressive tax structure of any city in the state, according to a recent report by the Economic Opportunity Institute. In “progressive” Seattle, a household earning $25,000 pays 17 percent of its income in state and local taxes, while a household earning $250,000 pays just 4.4 percent. But the burden is there for the middle class as well, as demonstrated by recent property tax hikes, though many are self-inflicted by us well-meaning voters.

Nowhere does punishment show up more than in the thousands of homeless on our streets, under our freeways and in our greenbelts. This is a problem bigger than Seattle, but it might surprise people to know that there was a time when the legions of the homeless and panhandlers were not common on city streets. Homelessness is a widespread problem, but especially so in our prosperous cities. The economic engines driving our region and all the other progressive tech-oriented cities on the coast are churning out more homeless people. The visible effect of punitive economics—displacement, lack of affordability—is dramatic.

Some might say that Seattle’s problems are what happens when cities go through growth spurts. Eventually, the dust settles and some kind of normalcy returns. I’m not so sure the dust will settle—unless it’s the dust from a massive quake or eruption. The Puget Sound Regional Council projects nearly 2 million more residents in the central Puget Sound region by 2050—that’s at a slower growth rate than the current one, but still a lot of new bodies. I’m sure we’ll find a way to fit them in, and I am sure they will appreciate the natural setting, as we all have, though I wonder if we’ll still have orcas and salmon in the local waters, and glaciers on the mountains.

I hope that with growth, we find a way to improve our tax system by making it less regressive, by finding ways to lift the bottom and the middle, by finding ways to break the endless cycles of economic and physical disruption that constantly drive up costs at the expense of community. I hope we find a way to make it easier for people to find balance in their lives and to cooperate better with their neighbors.

Can we again find what we used to call livability without punishing ourselves? Even more important, our kids and grandkids?

That, to me, is the question we need to answer.

Readers note: This column went to press before the Seattle City Council voted to repeal the “head tax.”