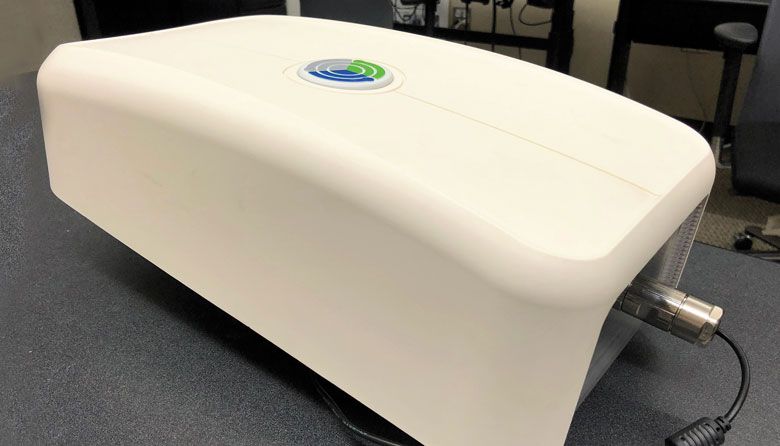 Rural communities and disaster-stricken areas often have little or no access to cellular service, a problem for first responders and emergency personnel who have the task of delivering aid and services. The University of Washington’s Spencer Sevilla, a postdoctoral researcher at the Information and Communication Technology for Development (ICTD) Lab, is on a mission to make LTE signals —the technology that provides data service to cell phones—more accessible to these communities.

With a $30,000 prize from a program sponsored by Mozilla and the National Science Foundation, he developed a prototype of his solution: a 20-pound portable cellular transmitter and receiver called EmergenCell, which can be connected to virtually any power source.

“The idea is that emergency responders could come in and turn these things on really quickly,” says Sevilla of the unit, which is easily transported and functions much like a typical cell tower, allowing phones on any network and with any SIM card to connect to it. It also comes with a web server equipped with maps and apps that allow emergency broadcasts; the goal is to eventually distribute the tool so that all communities can stay in touch in a crisis. When that happens, EmergenCell will be ready, for anyone, anywhere.