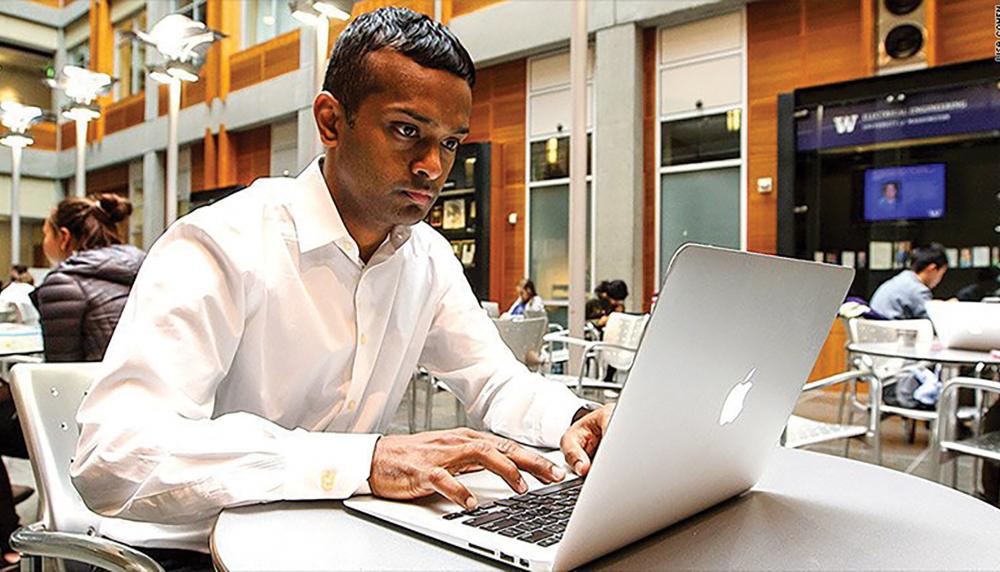 Opioid addiction is an issue that hits close to home: In 2017, King County saw 260 opioid-involved overdose deaths, a number that’s on the rise. Shyam Gollakota, an associate professor at the University of Washington’s Paul G. Allen School of Computer Science and Engineering, is working to stop that trend.

With a team of UW researchers, Gollakota has developed the Second Chance app, a smartphone-based intervention intended for people who are using injectable opioids illegally.

Still in the testing phase, the app uses sonar to detect overdose-related breathing irregularities in drug users, and when an irregularity occurs, the app alerts lifesaving services. The team’s goal is for users to activate the app before they inject the drug, enabling the app to monitor their breathing. So far, in tests, Second Chance has been effective about 90 percent of the time.

“I would think that this can really save a lot of lives in places like Seattle that do not have a supervised injection facility,” Gollakota says. The ultimate goal? To make the app easily accessible to all who could benefit, increasing the opportunity for a second chance.