Washington is a Hotbed for Three Dangerous Diseases

Our state outpaces the nation in rates of three serious diseases—tuberculosis, multiple sclerosis an 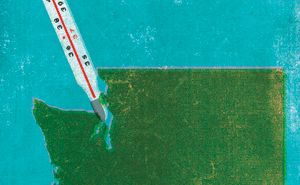 This article originally appeared in the June 2011 issue of Seattle Magazine.

We take pride in it: Our state regularly earns top honors as one of the most livable in the country, thanks to our old-growth forests, vast waterways, and our literary and recreational lifestyles. But Washington state also tops a few not-so-pleasant lists: We outpace the nation in debilitating, and sometimes deadly, diseases. Washington is a hot spot for multiple sclerosis, has the sixth-highest rate of melanoma skin cancer and is number 15 nationwide in tuberculosis.

Is it the air we breathe? The water we drink? The food we eat? Scientists, doctors and medical researchers are searching for answers—and not always finding them.

What we do know is that every hour of every day, someone is diagnosed with this debilitating disease of the central nervous system. More than 400,000 people in the U.S.—2.5 million people worldwide—are affected by MS. An often-progressive disease that attacks the brain, optic nerves and spinal cord, MS symptoms vary from person to person: Some have numbness in their arms and legs, others lose their eyesight or balance, and some can become paralyzed and in very rare cases, even die. The complex disease is like a giant unsolved jigsaw puzzle: Dozens of factors—such as lack of vitamin D, diet, childhood viruses, gender, genetics, age and geography—are believed to contribute to it, but have yet to be fully understood and formally linked. Do our high-fat/dairy-rich diets and the vitamin D-depleting sunscreen we are obsessed with contribute to MS?

It has long been established that MS is more prevalent in communities in the far northern and southern latitudes, possibly due to less sunlight and more vitamin D deficiencies. “It’s not known whether the low vitamin D levels contribute to causing MS, or whether having MS causes people to avoid sunlight [because of overheating issues], causing the low vitamin D levels,” Dr. Bowen says. Another factor, he adds, is ethnic background. MS is more common in people of northern European heritage, such as Washington’s large populations of Scandinavian and Germanic heritage. And it affects women three times as often as men.

Another disease that’s vexing scientists in our state is viewed by many as a thing of the past: tuberculosis (TB). Despite a national drop for 18 consecutive years, the number of TB infections has been on the rise in Washington, with 256 cases reported in 2009, up from 228 cases the previous year. In Seattle/King County, there were 130 cases reported in 2009—that’s about seven per 100,000 people, compared with the national rate of 3.8 cases per 100,000. In 2010, the TB rates decreased slightly to 239 cases statewide, and 116 in Seattle/King County. But health officials point to a troubling new trend: A more infectious strain—previously found mostly among the local homeless population—is now being transmitted among the broader community in King County.

“TB is a global disease,” says Dr. Masa Narita, TB control officer for Public Health­—Seattle & King County. About one-third of the world’s population is infected with TB, and 2 million people die from it every year—but it’s almost always curable. Antibiotics can generally cure the disease over a six- to nine-month period; drug-resistant forms of TB can take years to cure and cost as much as $250,000 per patient.

While anyone can get it, TB mainly affects foreign-born people from countries where the infection is widespread. Here in Seattle, we’re especially vulnerable because of our diverse population—more than 80 percent of King County’s active cases (about 120 to 150 per year) involve people born outside the United States, primarily in South and Southeast Asia, East Africa and Central America. Also, people with HIV/AIDS, those younger than 5 and older than 50, and those with weakened immune systems are at increased risk for TB.

A bacterial infection that usually affects the lungs, TB is spread in the air when an infected person coughs. Symptoms include fever, night sweats, fatigue, weight loss and a persistent cough, but it’s possible to be infected with TB and have no symptoms—a fact that makes controlling the spread of the disease all the more difficult.

A third disease, melanoma, isn’t caught from other people, but this deadliest form of skin cancer is wreaking health havoc in our state, which has the sixth-highest rate in the nation. Washington’s skin cancer rate is 23 percent higher than the national average, according to the state Department of Health’s Cancer Registry. It is the fourth-leading type of cancer in our state, with 2,687 new cases and 206 deaths reported in 2007, the most recent year for which statistics are available.

Skin cancer is the most common cancer in the U.S, with more than 2 million new cases diagnosed each year. According to the American Cancer Society, someone is diagnosed with melanoma in the U.S. every eight minutes—and someone dies from it every hour. In our state, about 200 people die from melanoma every year.

Why are the rates so high here, with Seattle being one of the least sunny places in the country? Unprotected exposure to the sun’s ultraviolet light is the biggest known cause of melanoma. “In our cloudy climate, some people tend to get very pale in the winter and then can be prone to burn when they are in the sun,” says Juliet VanEenwyk, epidemiologist for noninfectious conditions at the Washington State Department of Health. “Burning at a young age may be particularly harmful.” Seattle’s cloudy skies also give us a false sense of security, fooling us into thinking we don’t need sunscreen. Those with fair skin, freckles or unusual moles, or those with a family history of melanoma are at an increased risk. Melanoma is more than 10 times more common in whites than in African Americans and is highly curable when detected early.

What can be done to avoid these illnesses? Avoiding contact with TB-infected people (until they’ve been treated) can help prevent TB. But the best defenses against melanoma and MS are as yet unclear, and perhaps in conflict (more sun exposure, or less?). Here in Washington, the troubling mysteries persist.

Skin Cancer
The Environmental Protection Agency
Washington state has partnered with the EPA to bring its SunWise program to local classrooms. The environmental and health education program aims to teach children and their caregivers how to protect themselves from overexposure to the sun through the use of classroom-, school- and community-based groups; epa.gov/sunwise/ 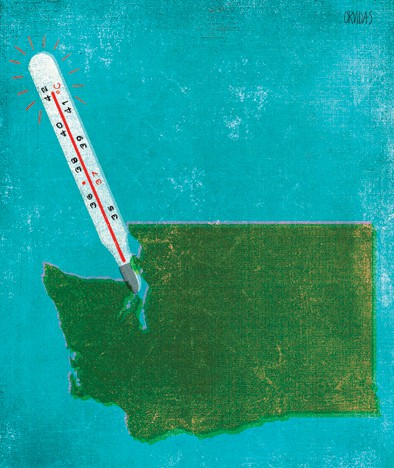