This Week Then: Celebrating Filipino American History Month in Washington

Plus: See which National Historic Landmark in Seattle is turning 105 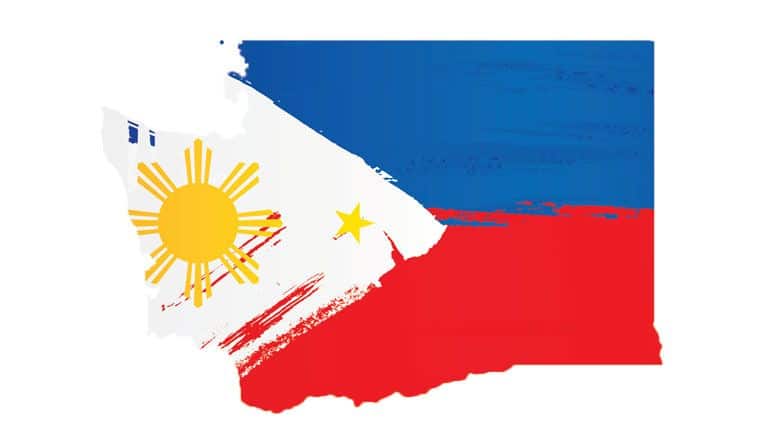 This week HistoryLink celebrates Filipino American History Month with a look at some of the men and women who played important roles in shaping their community.  Filipinos first arrived in the Northwest in the late 1800s, but following the Spanish American War many more immigrated to the region, especially to Seattle. Some — like famed poet and writer Carlos Bulosan — found work in local canneries. Others benefitted from the federal Pensionado Act, which provided funds for Filipino students to study in America.

Filipinos were denied land ownership after Washington passed the Alien Land Bill in 1921, but in 1940 the ban was challenged successfully by Pio de Cano. In 1924 the federal Asian Exclusion Act severely curtailed immigration of Chinese and Japanese to the United States, but it did not affect Filipinos. Also in 1924, Victorio Velasco began publishing the Seattle area’s first Filipino newspaper, The Philippine Seattle Colonist. In 1934, The Philippine-American Chronicle published its first issue in Seattle.

In 1977 Martin and Dolores Sibonga began publishing the Filipino Forum. Dolores was the first Filipina American lawyer in the state, and in 1978 she was appointed to the Seattle City Council, where she served for more than 12 years. In 1992 Velma Veloria became the first Filipina elected to a state legislature in the continental United States, and in 1994 President Bill Clinton appointed Bob Santos as the Northwest-Alaska representative of the Department of Housing and Urban Development. In 2014 we interviewed Santos, and his four-part oral history can be read here, here, here, and here.

Seattle’s Filipino American community was rocked in 1981 with the murder of labor activists Gene Viernes and Silme Domingo, just six days before Rizal Park was dedicated on Beacon Hill. The park was named for Philippine national hero Jose Rizal and symbolized Seattle’s Filipino American pride. That pride remains strong, as evidenced by the annual Pista sa Nayon celebration, as well as the 2008 renovation and expansion of the Filipino Community Center.

On October 17, 1889, the Seattle Fire Department was created, just a few months after the devastating fire that turned most of the city’s downtown into a “horrible black smudge.” Gardner Kellogg, who had been a volunteer firefighter since 1870, was named the department’s first chief.

Kellogg was an advocate of fire prevention, and he recommended ordinances that placed responsibility for fire safety on building owners. Business owners who balked at the increased costs asked for Kellogg’s removal, and the chief was fired in 1892. After a few years of political wrangling, Kellogg got his job back and remained chief until 1901, when he retired to become fire marshall, a position that allowed him a greater opportunity to focus on fire prevention.

Business owners in the growing city continued to voice complaints about the fire codes designed to keep their buildings safe, and in 1910 they found a sympathetic ear when Hiram C. Gill was elected mayor. Gill fired the sitting fire chief and replaced him with a card-playing buddy. A year later — after Gill was recalled for his “open-town” policy and the graft and corruption that came with it — Seattle began looking for a new fire chief. The job was given to Frank Stetson, former chief of the Minneapolis Fire Department, who guided the department into less tempestuous times.

After coal was discovered in Newcastle in October 1863, the mining town became so successful that even Rutherford B. Hayes dropped by on October 11, 1880, during his tour as the first sitting U.S. president to travel west of the Rockies. Hayes later attended a reception at Squire’s Opera House in Seattle.

On October 14, 1891, the schooner Lizzie Colby landed the first load of Bering Sea cod in Anacortes, ushering in a new industry for the Skagit County city. For more than half a century sailing schooners based in Seattle, Poulsbo, and Anacortes fished cod in the Bering Sea and Alaskan waters and returned home with their catch.

Six years after the Georgetown Steam Plant opened, engineers on October 14, 1913, began straightening the nearby Duwamish River. Once completed, the dredged river brought firms like the Boeing Airplane Company to the valley’s burgeoning industrial center. On October 15, 1952, the steam plant began supplying electricity to the grid for the final time before being permanently shut down early the following year. It is now a National Historic Landmark.