This Week Then: Celebrating the New Burke Museum

Plus: Dig into Washington Archaeology Month 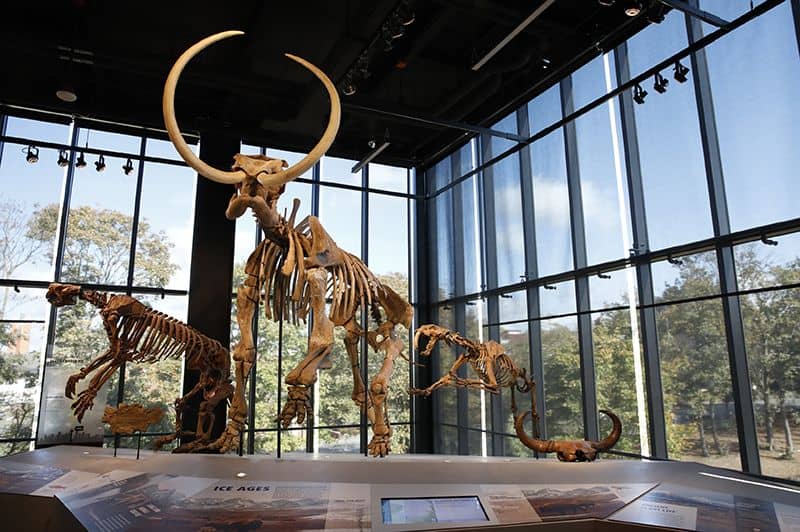 This week HistoryLink gives a rousing cheer to the Burke Museum — Washington’s premier repository of natural history and cultural heritage — and looks forward to visiting its new home, which opens on October 12. Located on the northwest corner of the University of Washington campus, the $99 million facility was built next to the old museum site. During the past year, Burke staff and volunteers have transferred 16 million objects between the two buildings. With its opening, the New Burke joins other Seattle historical institutions that have recently welcomed new homes, including the Wing Luke Museum, MOHAI, and the National Nordic Museum.

Established in 1885, the Burke is Washington’s oldest museum, and can trace its roots back to 1879 when a group of teenage boys — which included future UW professor Edmond Meany — formed a natural-history club. When these young men became students at the Territorial University, they were urged by natural-science professor Orson “Bug” Johnson to start collecting specimens, with the goal of creating a public museum. Their collections were first held in the back room of a home owned by university regent Charles Denny, son of Seattle founder Arthur Denny, but by 1885 work had begun on a new facility.

In the 1890s Meany, now a professor, breathed new life into the Young Naturalists’ Society and brought many new members to the group, including women. After the university moved from its downtown site to its present location, Denny Hall was named the Washington State Museum, but the collections kept growing. After the 1909 Alaska-Yukon-Pacific Exposition, the museum moved into the California Building, then the Forestry Building, then the Washington State Building  — all leftover structures from the fair. In 1964 the museum moved into its penultimate home, which was funded in large part by the estate of Judge Thomas Burke.

Although cramped in size from the start, during the last half-century the Burke Museum has welcomed countless visitors who have marveled at such specimens as the bones of a prehistoric rhinoceros and an extinct giant sloth, or have learned more about Native heritage or Northwest coast art. At 113,000 square feet, the New Burke is 66 percent larger than the old museum and provides ample space for new exhibits, including a 66 million-year-old T. Rex skull, recently unearthed in Montana by museum volunteers.

Can You Dig It?

To celebrate the opening of the New Burke, and in honor of Washington Archaeology Month, we invite you to delve deep into Washington’s past through some of the articles on HistoryLink. The earliest human remains so far discovered in the state belong to the so-called “Marmes Man” — actually a whole community — which predate the more controversial remains of Kennewick Man. Other finds in Washington that have intrigued archaeologists include a cache of Clovis points found near East Wenatchee, Jaco Finlay’s grave at old Spokane House, the remains of a Klallam village near Port Angeles, and what might possibly be the oldest continuously occupied human habitation in the state.

Our essays go even farther back in time, beginning in the late Mesozoic Era when the Okanogan terrane docked against the North American continent. From there, we fast-forward 100 million years or so to the end of the Ice Age — well more than a dozen millennia ago, give or take a few thousand years — when retreating glaciers that had carved out much of the topography of the Pacific Northwest revealed some interesting items. In the grand scope of geologic time, it almost seems like yesterday.

On October 10, 1805, Meriwether Lewis, William Clark, and their Corps of Discovery became the first American non-Natives to enter the future state of Washington overland. Once here, the explorers pressed westward, following the Snake and Columbia rivers toward the Pacific.

The Crowds Were Thrilled

After coal was discovered in Newcastle in October 1863, the mining town became so successful that even Rutherford B. Hayes dropped by on October 11, 1880, during his tour as the first U.S. president to travel west of the Rockies. Hayes later attended a reception at Squire’s Opera House in Seattle.

On October 12, 1881, Ben Payne fatally shot Seattle policeman David Sires — possibly by accident — and was later hanged by an angry mob that had just lynched two armed robbers. And 40 years ago this week, on October 14, 1979, King County’s bloodiest jailbreak occurred when a convicted killer led seven inmates on a deadly shootout from the high-security jail on the 10th floor of the King County Courthouse.