This Week Then: Long Beach Turns 98 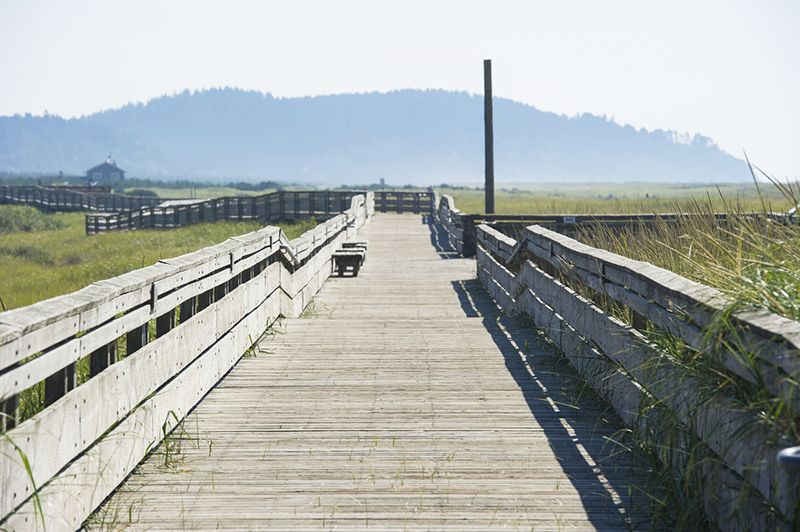 On January 18, 1922, Long Beach incorporated in Pacific County, more than a century after Captain William Clark of the Lewis and Clark Expedition traveled to the site on a well-trodden Indian trail and carved his name into the side of a tree. Homesteaders first arrived in the 1860s, but the community really blossomed in the 1880s as a seaside resort, especially after the coming of the first railroad.

In its early days, one of the town’s most popular tourist stops was the Long Beach Hotel, which burned in 1895 but was quickly rebuilt. More hotels sprouted up, and by the 1920s automobile enthusiasts made their way to what was billed as the “World’s Longest Beach” to race along 28 miles of sandy shoreline. Clam diggers flocked there too, enticed by the abundance of razor clams, so much so that limits were later put into place to prevent over-harvesting.

Long Beach continues to attract plenty of folks looking to beachcomb, fly kites, go biking, dig clams, or enjoy other pursuits. It’s no wonder that it has been called one of America’s favorite beach towns, and we would be remiss not to point out that the community’s history — which now spans three centuries — is considered a key element in its popularity.

January 20 marks this year’s federal holiday in honor of the Reverend Dr. Martin Luther King Jr., the eponym of King County. Of course, this was not always the case. Indeed, the Rev. King was spurned by several speaking venues when he paid his sole visit to Seattle in 1961 at the invitation of his good friend, the Reverend Samuel McKinney.

The county was originally named for U.S. Senator William Rufus de Vane King, an Alabama slave owner who died days after being sworn in as vice president in 1853. In 1986 Ron Sims, then the first African American member of the King County Council, led the effort to rename King County for the modern martyr. The former Empire Way was also renamed for King and in 1991 a monument was erected to his memory.

The 1986 King County resolution redesignating its eponym was later affirmed by the Washington State Legislature and signed into law by Governor Christine Gregoire on April 19, 2005, as one of her first official acts. In 2007 King County’s official logo was redesigned with an image of Dr. King.

On January 22, 1855, at Mukilteo, Chief Seattle joined other Puget Sound tribal leaders and Territorial Governor Isaac Stevens in signing the Point Elliott Treaty. After the federal government denied a Duwamish request for a reservation on the Duwamish River, some members of that tribe moved to the Muckleshoot Reservation, which was created on January 20, 1857. The Duwamish Tribe sought federal recognition for more than a century, and triumphed for an instant on January 19, 2001, before victory was snatched away two days later.

On January 16, 1860, the Washington Territorial Legislature passed an act incorporating the city of Port Townsend, making it the fourth settlement in Washington to receive such a charter. This week also marks an anniversary for Yakima County, which the territorial legislature established on January 21, 1865.

On January 22, 1906, the SS Valencia — lost in the rain and fog  en route to Victoria, British Columbia — missed the entrance to the Strait of Juan de Fuca and smashed into the coast of Vancouver Island. In the ensuing mayhem to abandon ship, 136 passengers and crew either drowned or were dashed against the rocks. As the ship foundered, women on board the craft were heard singing “Nearer My God to Thee,” a song later associated with the sinking of the Titanic.