This Week Then: Looking Back on Seattle’s Most Influential Union 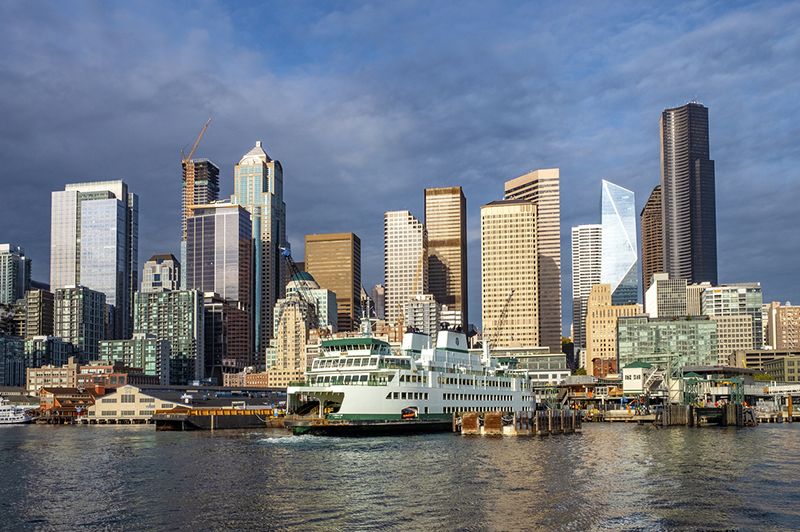 On February 19, 1909, Local 174 of the International Brotherhood of Teamsters was chartered in Seattle. Many of its first members, then totaling around 400, drove teams of horses to deliver goods for local employers. As the auto age progressed, membership expanded to include motor-truck drivers, and Local 174 grew to become one of greater Seattle’s most important and influential unions.

In 1913 its members participated in a bitter strike to improve conditions and wages — then $2 for a 12-hour day — and in the famous 1919 General Strike. In the 1920s, Dave Beck rose from the ranks of laundry-truck drivers to control the entire Teamsters International, aided for many decades by Local 174 chief Frank Brewster. Under Beck’s leadership, the Teamsters allied or competed with other unions in pivotal strikes — on the Seattle waterfront in 1934, against the Seattle P-I in 1936, and at Boeing in 1948.

In contrast to their “tough guy” image, Teamsters volunteered to help move Children’s Hospital from Queen Anne Hill to its present Laurelhurst site in 1953, and were mainstays of many community fund drives. Meanwhile, Beck ran afoul of federal law and became a resident of McNeil Island Penitentiary in 1962. After his release in 1964 he retired to Seattle, while George Cavano rebuilt and recharged Local 174.

In the 1980s Local 174 honed its reputation for militancy with creative strategies to resist union-busting. Photographs of “Teamsters and Turtles Together” later made international news as Local 174 members marched arm in arm with environmentalists and human rights activists to protest globalization during the WTO conference in Seattle in 1999.

Fifty years ago this week, on February 17, 1970, approximately 2,000 protesters led by the new Seattle Liberation Front clashed with police during a demonstration at the federal courthouse in downtown Seattle. The protest was prompted by contempt citations handed down against the “Chicago Seven,” who had been charged with conspiring to plan a riot during the August 1968 Democratic Party convention in Chicago.

Federal conspiracy charges were later filed against SLF leaders, who became known as the Seattle Seven — Michael Lerner, Susan Stern, Charles “Chip” Marshall, Michael Abeles, Joe Kelly, Roger Lippman, and Jeff Dowd. Dowd would later go on to fame as the inspiration for the Dude in the film The Big Lebowski.

The trial of the Seattle Seven began in November 1970, but a month later — after several disruptions and a walkout by defendants — Federal District Judge George Boldt declared a mistrial and cited them all for contempt of court. The charges were later dropped when the Seven agreed not to challenge their contempt citations, and all but Lerner served brief terms in minimum security federal detention.

On February 15, 1909, concerned citizens founded the Anti-Tuberculosis League of King County. The league later received some of the profits from the Alaska-Yukon-Pacific Exposition, which helped fund a municipal tuberculosis hospital — later renamed Firland Sanatorium — near Shoreline.

On February 19, 1942, President Franklin D. Roosevelt signed Executive Order 9066 directing the relocation of all people of Japanese descent on the West Coast, including U.S. citizens, to inland camps. The internment uprooted thousands of Washington residents from Bainbridge Island to Seattle, to the Yakima Valley, to Spokane.

On February 18, 1943, a horrific plane crash occurred in Seattle when a strange-looking aircraft crashed into the Frye Meatpacking plant north of Boeing field. Eleven crewmembers died, along with 19 workers on the ground, and in the resulting fire much of the plant’s livestock was killed. Although the event could not be concealed, military police quarantined the scene and censored press reports, for this plane was the top-secret prototype of the famed B-29 Superfortress that two and a half years later would drop the first atomic bombs on Japan and end World War II.