This Week Then: Ross Dam in Whatcom County Turns 70

Plus: Looking back on the first long-distance endurance flight 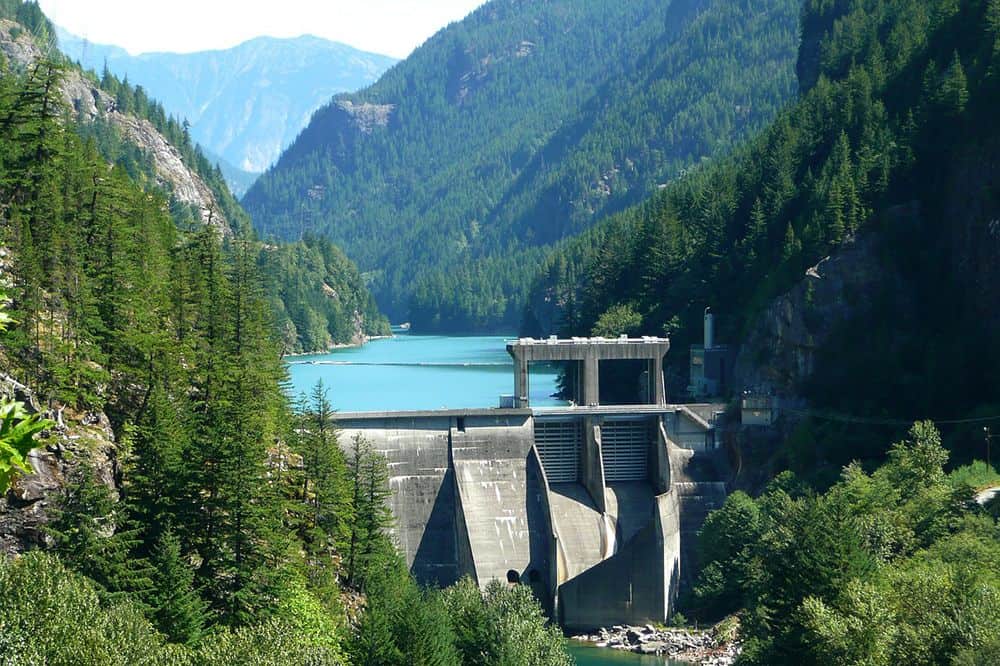 Seventy years ago this week, on August 18, 1949, Seattle City Light completed work on Ross Dam, located on the Skagit River in Whatcom County. The dam and Ross Lake, which was created by rising waters behind the structure, were named in honor of J. D. Ross, the “Father of City Light,” who fought to secure the sites and construct the hydroelectric project on the Upper Skagit River.

Ross was named head of City Light in 1911, one year after the utility became an independent city department. Before that, Ross supervised construction of the Cedar River hydroelectric project, and in his new positon he set his sights on the Skagit River and its potential to strengthen and expand Seattle’s power grid. In 1921 Gorge Dam — the first of three dams on the river — was completed, and three years later it transmitted its first hydroelectric power to the city.

To gain public support for the hydroelectric project, Ross introduced tours of the dams that included an overnight stay at Newhalem, the town built to house City Light workers. In 1930 Diablo Dam was completed, and at 395 feet was the world’s highest at the time. When Ross died in 1939, Seattle radio station KOL memorialized him with a coast-to-coast broadcast of The Romance of Power, a half-hour program produced live at the Skagit River. In 1961 the Gorge High Dam was completed, replacing the original Gorge Dam.

Today the Skagit River Hydroelectric Project supplies approximately 20 percent of Seattle City Light’s power requirements and contributes to the vast Northwest Power Pool, which delivers huge amounts of reliable electricity to most of the region. In 2016 the complex of three dams became the first large hydroelectric facility in the nation to be certified as a Low Impact Hydropower Project by the Low Impact Hydropower Institute.

Quite a Long Flight

Ninety years ago this week, on August 15, 1929, Nick Mamer and Art Walker took to the skies from Spokane’s Felts Field to begin a pioneering feat of long-distance endurance flying. After heading south to California, the two men flew to New York and then back to Spokane without ever touching the ground. The fliers traveled 7,200 miles on their record-breaking trip, refueling in mid-air at various points along the route.

Cosponsored by Texaco, the flight garnered plenty of publicity for the oil company, and it also put Felts Field in the national spotlight. The airstrip, in use since 1913, was originally called Parkwater Aviation Field, and by1920 had been designated Spokane’s municipal airport. It was visited by Charles Lindbergh in 1927 during his nationwide tour of America following his historic trans-Atlantic flight, and that same year the field was renamed in honor of Lt. James Buell Felts, who had recently been killed in a crash there.

Exactly one month after Mamer and Walker’s historic flight, Felts Field launched a new service with Spokane’s first airmail flight. In the 1930s the airport served as a stop for United and Northwest airlines, but after World War II commercial air traffic shifted to Geiger Field (now Spokane International Airport), which had been built as part of the war effort. Felts Field is still an active airport for smaller aircraft, and in 1991 its terminal and other buildings were listed on the National Register of Historic Places.

On August 17, 1868, members of the Coleman party became the first climbers in recorded history to reach the summit of Mount Baker. Almost a century later, recreational hikers were provided new paths to explore on the Northwest’s trails when the first of the famous “100 Hikes” series of books was produced by Louise B. Marshall, Ira Spring, and The Mountaineers in August 1966.

Seattle’s first official public market opened on August 17, 1907, and customers have been able to “meet the producer” — and buy their produce directly — ever since. Pike Place Market survived economic downturns and wars only to find itself at risk from urban renewal in the 1960s. Architect Victor Steinbrueck and Allied Arts rallied the public to save it by popular vote in 1971. The market was threatened and saved once again in 1991, and it remains a popular destination for Washingtonians and tourists alike.

During the summer of 1917, IWW members in Spokane led a statewide loggers’ strike demanding an eight-hour workday and better working conditions. Wobblies were arrested throughout the state, in many cases without due process of law. On August 19, 1917, things came to a head with a raid on the Spokane IWW office, the arrest of union leaders, and a declaration of martial law. Defeated, loggers returned to work in the fall, but kept up the fight.