The team got off to a slow start, winning only two of 14 games their first year 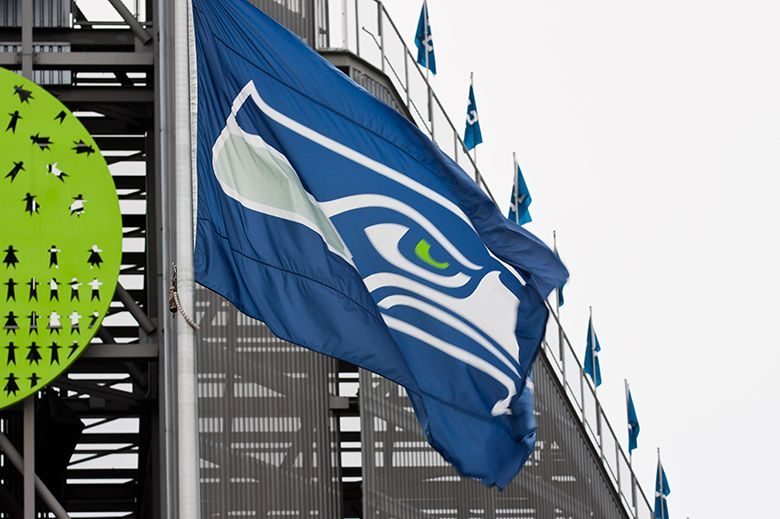 Cheer for the Home Team

Forty-five years ago this week, on December 5, 1974, the Seattle Seahawks got their start — a half-century after the Anacortes Sea Hawks first took the name — when a group of Seattle businessmen led by the Nordstrom family was awarded an NFL franchise. Construction had already begun on the Kingdome — a new multipurpose stadium that would be shared with the city’s nascent baseball team — but discontent between citizens and public officials over building costs and proposed locations delayed its opening until 1976, just in time for the Seahawk’s debut season.

The team got off to a slow start, winning only two of 14 games that first year. It finally had a winning season two years later, but the following year the Seahawks broke an NFL record, ending up with negative yardage after playing the worst game in league history. The team eventually made it to the playoffs for the first time in 1983, and although it never seemed to achieve those final victories, loyal fans kept hoping that each new season would be better than the last.

In the 1990s there was talk of the Seahawks flying the coop, but a narrow margin of voters approved funding for a new stadium, thanks to a campaign spearheaded by Microsoft co-founder Paul Allen, who followed through on his pledge to purchase and revitalize the football franchise. The new stadium opened in 2002, and the Seahawks played their first Super Bowl in 2006. They lost that game, but eight years later won Super Bowl XLVIII in a rout, beating the Denver Broncos 43-8. Upon their return home, the players were greeted with one of the largest celebration gatherings in city history.

Here on the Home Front

On December 7, 1941, at 1:28 a.m., a secret U.S. Navy radio station on Bainbridge Island intercepted a message from Tokyo to the Japanese embassy in Washington, D.C. The message instructed the Japanese ambassador to break off peace negotiations with the United States, but its true purpose was to inform the ambassador that Japanese forces were about to attack Pearl Harbor. By the time the intercepted message was delivered to the U.S. secretary of state in Washington, D.C., the battle had begun, and America declared war on Japan the next day.

Tensions ran high, and that evening during a blackout in Seattle, a large crowd smashed the windows and lights of downtown stores that failed to comply. Japanese American citizens expressed shock, and concern that their loyalty to America would come under question. Some neighbors and community leaders warned against unjust retribution, but federal authorities failed to heed them. A mass internment was launched in early 1942 that incarcerated 12,892 persons of Japanese ancestry from Washington state. Many began their long journey from home at the Puyallup Assembly Center.

Meanwhile, the home-front effort went into full gear, with bond rallies, as well as anti-aircraft defensive measures that sometimes went awry, adding to wartime jitters. Men and women worked round the clock building bombers and naval vessels, and others too did their darnedest to help in the war effort. In Eastern Washington, thousands worked on a top-secret project that eventually played a decisive part in the war’s end. When all was said and done, more than 6,500 state residents lost their lives in combat during the twentieth century’s greatest war.

On December 11, 1851, the ship’s cook deliberately torched the schooner Robert Bruce after he dosed the crew with laudanum. A Willapa Bay logger and his Indian helpers rescued the oystermen aboard and brought them ashore. They later settled what became Bruceport. Today, the Willapa Light Station guides the way for any other addled mariners in the vicinity.

On December 7, 1899, Governor John R. Rodgers issued a proclamation which formally established Chelan County out of parts of Kittitas and Okanogan counties. Wenatchee was chosen as the county seat, but residents of Chelan — which had campaigned for the honor — were selected as county officials.

On December 6, 1913, the ferry Leschi was launched at Richmond Beach for service on Lake Washington. Originally used to transport passengers and vehicles between Seattle and Bellevue, the Leschi was Western Washington’s first auto ferry. After 1950, the vessel served on various Puget Sound routes until 1968, when it was sold and towed to Alaska for use as a salmon cannery.