This Week Then: Take a Look Back on the Yakama War 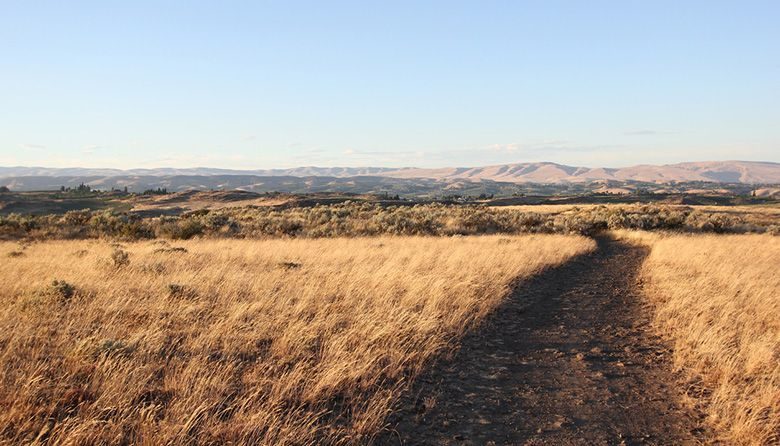 On October 5, 1855, at Toppenish Creek in present-day Yakima County, shots exchanged between Yakama warriors and U.S. Army troops marked the beginning of the Yakama Indian War. Trouble had begun four months earlier when Territorial Governor Isaac Stevens convened the First Walla Walla Council for the express purpose of acquiring tribal lands to open up for settlement. When it came time to sign the Yakama Treaty, the tribe’s Chief Kamiakin at first refused, but later did so under threats and duress.

Tribal leaders were not informed that until the treaties were ratified, non-Indian miners and settlers were free to enter tribal lands, including those designated as reservations. Gold seekers soon trespassed, and on occasion stole tribal horses and mistreated Indian women. In September 1855 three miners were killed after entering land set aside as the Yakama Reservation, and when U.S. Indian Subagent Andrew J. Bolon came to investigate, he too was killed. In response, the U.S. Army sent in troops. They were outnumbered and forced to retreat at an engagement at Toppenish Creek, the first battle of what would become a three-year war.

In November 1855 at Union Gap, more than 700 soldiers, including U.S. troops and a contingent of Oregon and Washington volunteers, fought the Yakama and other warriors, and this time the Indians were forced to flee. In the spring of 1856, civilians and soldiers were attacked and ambushed at the Cascades of the Columbia and at Satus Creek. In September that year, Governor Stevens convened the Second Walla Walla Council with the hope of ending hostilities, but negotiations failed and he and his military escort had to fight their way to safety.

In May 1858, Yakama, Palouse, Spokane, and Coeur d’Alene warriors routed U.S. troops near the eastern border of Washington Territory. This was to be their last major victory. In September, army troops led by Colonel George Wright won decisive battles at Four Lakes and Spokane Plains. Wright then ordered the slaughter of some 800 Palouse horses and the destruction of food supplies used by the tribes. After Wright hanged Yakama and Palouse prisoners, tribal resistance collapsed. The Yakama Treaty finally was ratified by Congress in 1859, opening up Eastern Washington for settlement.

This week, as the 2018 Nobel Prize winners are being announced, HistoryLink.org look back at some of Washington’s esteemed Nobel laureates, beginning with Tonasket native Walter Brattain , who shared the 1956 Nobel Prize in physics for his role in the invention of the transistor. Other Washington recipients include University of Washington physicist Hans G. Dehmelt, UW pharmacist Edmond H. Fischer and biochemist Edwin G. Krebs, Aberdeen native and physicist Douglas D. Osheroff, bone-marrow-transplant pioneer E. Donnall Thomas, and geneticist Lee G. Hartwell and biologist Linda Buck, both of the Fred Hutchinson Cancer Research Center.

A number of factors have promoted scientific inquiry and achievement in Washington. Boeing and other technology pioneers recruited skilled engineers and supported scientific and technical education. Work on the first nuclear weapons at Hanford in World War II similarly attracted a critical mass of scientific talent, including William R. Wiley, in whose honor Richland dedicated the Wiley Environmental Molecular Sciences Laboratory in 1996. In more recent years, Microsoft and other high-tech ventures have spawned a virtual science suburb around Puget Sound, while biomedical pioneers and Amazon have staked claims on the south shore of Seattle’s Lake Union.

On October 10, 1805, Meriwether Lewis, William Clark, and their Corps of Discovery became the first non-Indian Americans to enter the future state of Washington overland. The explorers then pressed westward, following the Snake and Columbia rivers to the Pacific Ocean.

On October 8, 1921, Army major and UW ROTC instructor Henry Kress Muhlenberg set the first military airplane down on Sand Point‘s crude airstrip. Ten years later, on October 5, 1931, pilot Clyde Pangborn made an even more spectacular landing in Wenatchee, when he belly-landed his monoplane after completing the first nonstop flight across the Pacific. This week also marks the anniversary of the October 8, 1966, opening of the Grant County Airport in Moses Lake.

Port Townsend was settled in 1851 and was named for the harbor, which in turn had been named for a British general by Captain George Vancouver. The port was once the official entry point by sea into Washington Territory, with the exception of a few rowdy years of political struggle during the 1860s. When an expected land boom failed to materialize in the 1890s, the city languished until Crown Zellerbach opened a paper mill there on October 6, 1928