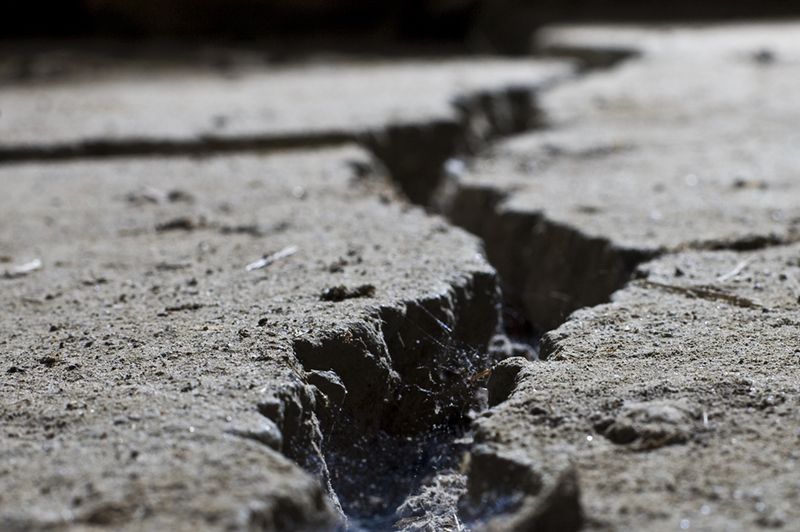 A Tremor to Remember

On January 26, 1700, a massive earthquake struck the Pacific Northwest and sent racing across the Pacific Ocean a tsunami that slammed into Japan. Scribes there recorded the wave, making it the earliest documented historical event in Western Washington. It is estimated that the temblor registered at least 9.2 on the modern Richter Scale, making it the region’s most powerful known earthquake … so far.

Since that time, Washington has experienced some lesser but still scary tremors that have taken lives, reshaped landscapes, damaged buildings, and frayed nerves. Twenty years before Washington Territory was established, William Tolmie recorded the region’s first eyewitness account of a shakeup, which occurred on June 29, 1833. In 1869, also on June 29, a large quake rattled most of Western Washington, as did a similar one in 1872. In December 1880, two quakes hit five days apart, the second of which was reportedly preceded by a meteorite strike.

In 1939 Puget Sound residents were unnerved by a tremor that rattled for 21 minutes. A magnitude 5.5 quake in 1945 knocked chunks off of Mount Si near North Bend, and a magnitude 6.3 quake damaged buildings in Seattle’s industrial area less than a year later. But the largest local shakeup in modern times occurred on April 13, 1949, when a magnitude 7.1 jolt, centered between Olympia and Tacoma, killed eight people and seriously injured dozens more.

Another deadly quake struck in 1965, causing massive damage, three deaths, and at least one strange incident. But the seismic event that sticks in the memories of most Western Washingtonians was the Nisqually quake of 2001. Measuring 6.8 on the revised Richter Scale, the temblor was not, mercifully, the Big One we’ve all been dreading, but it does remind us that terra firma can be anything but.

A Battle in Seattle

On the morning of January 26, 1856, several hundred Salish warriors came over the ridge of First Hill and attacked the tiny village of Seattle in present-day Pioneer Square. Settlers returned the Indian fire, reinforced by marines and a howitzer from the USS Decatur, anchored in Elliott Bay. Sporadic gun volleys continued until 10 o’clock that night, when the attackers retreated, leaving behind two dead settlers but none of their own, nor even a trace of blood.

Rising tensions had led to bloody acts by both newcomers and Indians before the “Battle of Seattle,” but the attack marked the climax of active resistance, led by Nisqually Chief Leschi and other tribal leaders, against treaties imposed by Territorial Governor Isaac Stevens over the previous two years.

Chief Leschi was eventually captured, and his half-brother Quiemuth surrendered soon after. Quiemuth was murdered by persons unknown, and Leschi was hanged in 1858, over the protests of many pioneers. It wasn’t until 2004 that Leschi was finally exonerated by a special state historical court.

On January 23, 1851, Bishop Augustin Blanchet dedicated St. James Cathedral on land adjacent to the Hudson’s Bay Company’s Fort Vancouver headquarters. In 1885 a new St. James Cathedral was completed in the city of Vancouver, and it would serve as the headquarters of the Catholic church in Western Washington until 1907, when Bishop Edward J. O’Dea moved the diocese to Seattle.

On January 24, 1909, Spokane hosted a large religious revival at which 10,000 faithful followers listened to evangelist Billy Sunday preach about the Lord and the evils of liquor. Sunday returned to Washington the next year and preached in Friday Harbor one day before its citizens voted whether to become “wet” or “dry.” They chose dry.

On January 28, 1927, Boeing won a U.S. Post Office contract to carry airmail between Chicago and San Francisco. This and similar contracts laid the foundation for today’s airline industry, and led directly to the development of United Air Lines. Seven years later, federal trustbusters cancelled the lucrative airmail contracts and broke up the Boeing-United conglomerate.