In West Seattle’s Delridge Neighborhood, History Has an Enduring Hold

The sixth installment in the Neighborhood Walk series 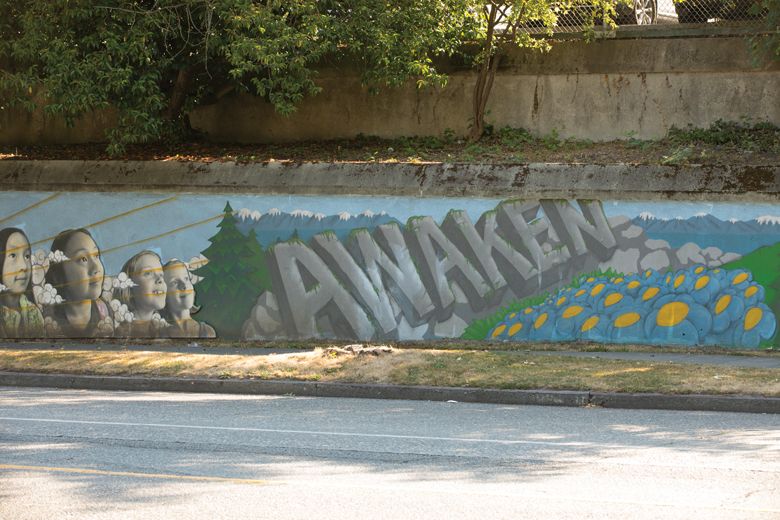 A neighborhood usually starts as just a developer’s dream, its name an enticing ambrosia seducing the prospective buyer. But a place—a real place—is more than the name given by its current overseer. A place holds history, mystery and perhaps even hope inside its boundaries.

One such place is a neighborhood in West Seattle. On a 2-mile walk through this area—largely through what we now call North Delridge, north along the Duwamish River Trail, below the West Duwamish Greenbelt, and then south along Delridge Avenue and up to the Seattle Chinese Garden—you’ll encounter echoes of the native villages Chief Seattle visited, the gritty industrial area it became and the multicultural city it is evolving into as its citizens grapple with economic growth and disruption. History Keeper: Tribal chair Cecile Hansen (above) at Duwamish Longhouse and Cultural Center (below), the community focal point that overlooks the Duwamish River Valley and is near a major archaeological site. The Duwasmish Tribe is still fighting for fedseral tribal recognition. At SW Alaskan Street and W Marginal Way SW, near those older Native American village sites that once dotted the shores of the river, stands the Duwamish Longhouse and Cultural Center. Woven baskets and wooden oars are on display, and photographs from the 19th and early 20th century show the citizens of these villages, most of them dressed in Western clothes.

The last original Duwamish longhouse reportedly was burned down by the West Seattle Land and Improvement Company in 1898; more than a century later, the federal government does not recognize the tribal status of the Duwamish. But tribal chair Cecile Hansen, who welcomes a visitor to the longhouse with a firm handshake, says, “We’re still fighting.”

As you head north along the Duwamish River, views of downtown peek between graffitied boxcars and mountains of scrap metal. Farther along, a cluster of houses around 17th Avenue SW and Marginal Place SW is serenaded by industrial clackety-clang. Croatians and other refugees from the Austro-Hungarian Empire once lived here. A memorial plaque placed in 2012 says they dispersed “into the fabric of American life.” Head under the bridge at Pigeon Point, supposedly named for the flocks that fed on the spilled grain from the shuttered Fisher flour mill. Past the glass-and-stone corporate headquarters of Bartell Drugs is the 100-year-old former school that now houses the Youngstown Cultural Arts Center, 4408 Delridge Way SW. Youngstown director David Bestock, also executive director of Delridge Neighborhoods Development Association, which oversees Youngstown, says its youth-oriented programs integrating art and nature help future citizens learn how to maintain a sustainable neighborhood. “Art and nature add to sense of place.”

Bestock predicts that the lessons learned by kids who are enrolled in Youngstown’s EcoArts summer camps and juvenile justice reform programs will set the path for many in this community for the next 100 years.

That figurative path toward justice and inclusion literally winds through one of Seattle’s most economically and culturally diverse neighborhoods. The modest single-family homes still far outnumber the upscale ones popping up on 16th Avenue SW along the way to the Seattle Chinese Garden at the top of the hill.

In the open fields just below the garden, musician and guitar teacher Eric Branner tosses a Frisbee to his German shepherd, Cannon. On walks through this greenbelt, they’ve come across remnants of World War II antiaircraft batteries that protected nearby Boeing Field. “The woods are full of history,” says Branner. The Duwamish River was once teeming with life, now it’s an industrial waterway

Homes on Pigeon Point, a pocket of North Delridge New development has come to Delridge, much like the rest of the city Industry such as the Ash Grove Cement plant, here since the 1920s, has also become part of this area’s history The Seattle Chinese Garden was a collaboration between Seattle and its sister city in China, Chongqing

The past and the present are in lively conversation with the future at the Sichuan-style Chinese garden, located at the north end of the South Seattle College campus. The garden was a collaboration between Seattle and sister city Chongqing, China, and is a nod to Seattle’s long-time economic ties to Asia. A courtyard is ringed with ponds and stones. A doorway below the sweeping Chinese-style roof frames the Space Needle.

This is the last stop on the walk, but you could make a loop of it. Skirt the eastern edge of the South Seattle College campus. Go past the Northwest Wine Academy, where future oenologists are learning their craft. Walk past the small planes parked outside the Aviation Maintenance Technology hangar, where future Bill Boeings train. Go past the utility pole yard, where future line workers learn how to safely shimmy up the poles that wire the electric city. Head down the wide trails of the Duwamish Greenbelt, the city’s largest forest, a haunt of foxes and frogs, to end up back on bustling Marginal Way near the Duwamish longhouse and Duwamish River.

Our connections to time and place reveal themselves, one step at a time.

Seattle was a Duwamish tribal town before it was settled by Europeans. Chief Seattle’s in-laws lived and fished along the river. In his book Chief Seattle and the Town That Took His Name, David Buerge writes that during the winter herring season, “men, in bows of canoes paddled by their wives, swept oar-like rakes through the masses” of fish. The Duwamish caught and dried the fish, stored and traded them with other tribes and Europeans. Extended families lived in cedar-plank houses, some as large as 360 by 60 feet. The village was a bustling mini metropolis.

The Duwamish people now walk this city with the rest of us. The Duwamish River still flows into Puget Sound, straighter, deeper, dirtier. Ospreys and eagles patrol its shoreline, ducks find refuge in its bays, and fish, though fewer and farther between, still swim in a struggling river flowing through a changing but living land.