What Would You Tell NYC About Amazon? 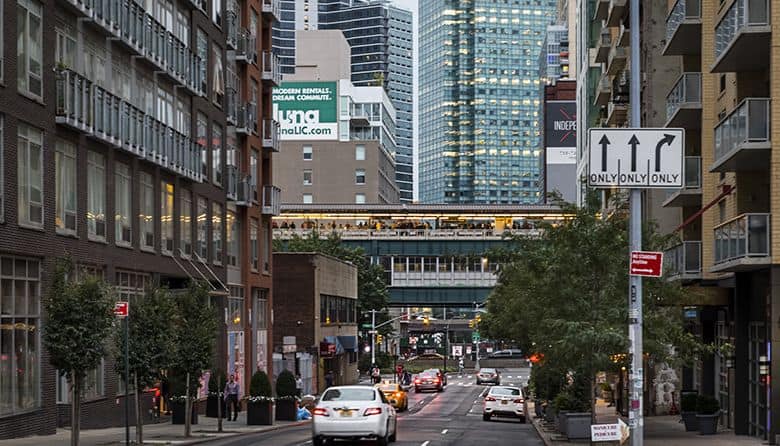 As New York City braces itself against the potential “Seattleization” of Long Island City, Queens, where Amazon recently announced it will build one of two satellite “HQ2”s, two Seattle City councilmembers arrived in New York City Monday morning with a dual message: It’s going to be every bit as bad as you imagined. And: There’s still time to prepare.

Councilmembers Teresa Mosqueda and Lisa Herbold spoke at the headquarters of the Retail, Wholesale and Department Store Union (RWDSU) Monday morning, following a succession of local elected officials and progressive activists who denounced the company. (RWDSU president Stuart Applebaum, for example, described Amazon as “one of the worst employers not just in the United States but anywhere in the world.”)

Herbold read a letter from an Amazon contractor who described a desperate, daily scramble for shifts in a job with no benefits, no job security, and no health care—just an 800 number staffed by a nurse who “will tell you to see a doctor that you can’t afford.” Her advice for New Yorkers who want to extract some benefits from Amazon, which will receive an estimated $3 billion in tax breaks for the project? Mobilize early, align with small businesses, and be prepared for Amazon to try to change the conversation.

“We simply weren’t able to counter the influence of big money on public opinion” in Seattle, Herbold said, referring to the failure of the city’s $275-per-employee “head tax,” which would have funded housing and homeless services. “In Seattle, Amazon used small businesses as a stalking horse. … You have to remind small businesses that they, too, are victims of regressive tax structures.”

After telling Seattle leaders  they would support a scaled back “compromise” version of the tax, Amazon helped fund the “No Tax on Jobs” campaign, which planned to run a referendum to overturn the measure. Eventually, the council voted to overturn the tax, with Herbold voting with the majority and Mosqueda voting no.

Mosqueda offered the head tax experience as a cautionary tale, and warned the New York activists, “Don’t be the city or the state that flinches every time a corporation flexes its muscles, threatens to move out of town, tries to say that they’re going to cut jobs or stop construction, and pulls back on investing on the very system and infrastructure that they refuse to pay into.” Amazon’s outsize presence in Seattle, Mosqueda said, has “had a dramatic impact on who can afford to live in the city,” contributing to homelessness, gentrification, and “people not being able to keep the homes that they grew up in.”

Finally, Herbold cautioned that activists should brace themselves for Amazon and its supporters to suggest that private philanthropists, not the government, should be responsible for creating an adequate social safety net. Herbold recalled that when she wrote an open letter to Amazon CEO Jeff Bezos, asking him to participate in a national conversation about how to meet workers’ basic needs in the “gig economy.” The response, she said Monday, was “basically [that we need] more philanthropy.”

“We are in a modern Gilded Era,” Herbold said. “There is no accountability for private philanthropy, and charitable gifts don’t solve infrastructure issues or inequality.”