Why Cars Won’t Be the Answer for Key Arena Traffic

When the NHL comes to Seattle (and when the Sonics return), could the Monorail be used to manage the inevitable traffic snarl? 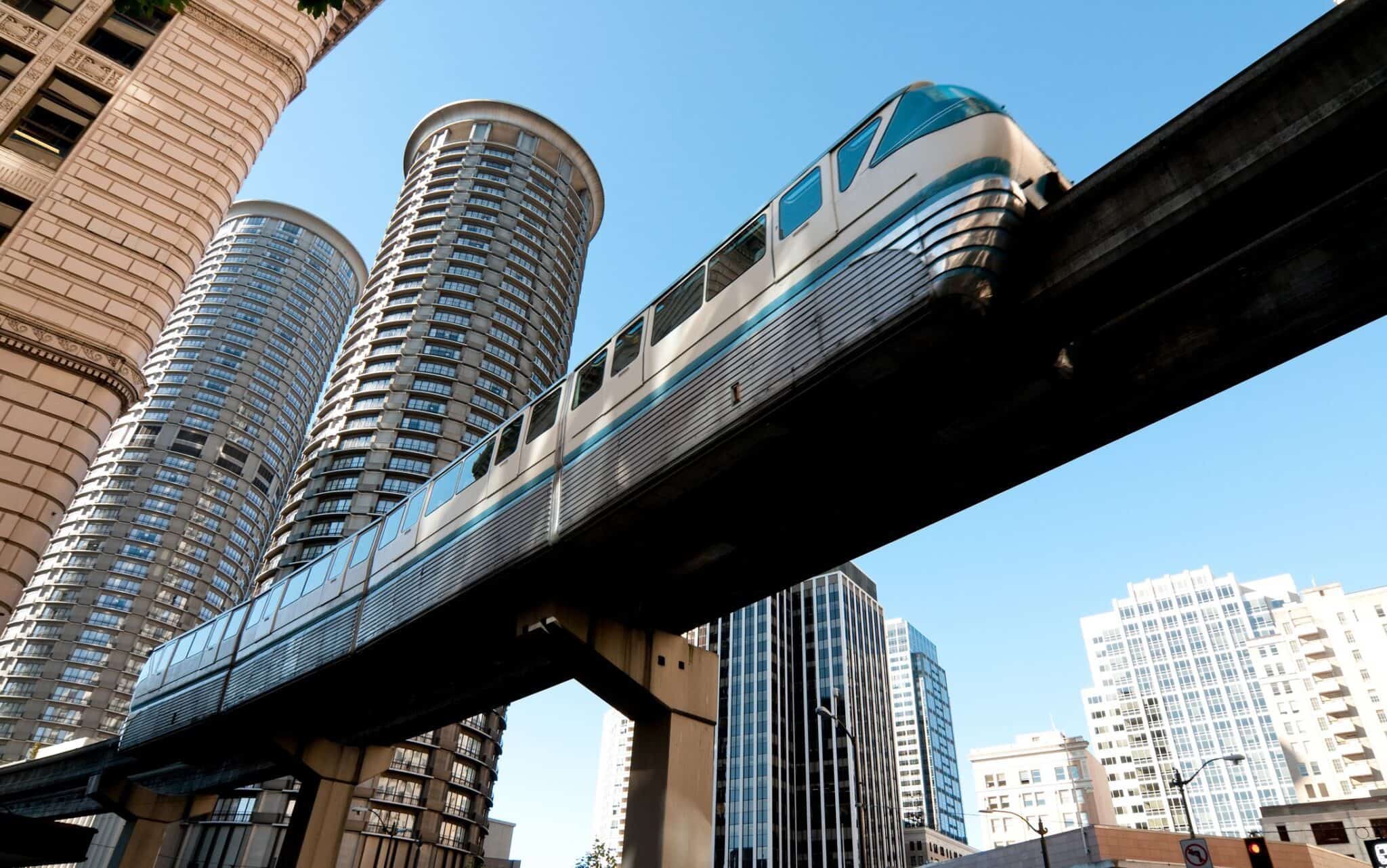 As plans move forward for the makeover of Key Arena figuring out how to get to and from hockey, basketball games and concerts is crucial. The Seattle Times recently ran an editorial underscoring the importance of getting people in cars to and from events. That is, and will be, a challenge.

The so-called Mercer Mess fix through South Lake Union looks great, but remains mired in gridlock. Last week, it took me a half hour to get from 5th and Mercer to I-5—at three in the afternoon! Just imagine clogged lanes on game nights!

People will have to change their behavior, which is to say while driving to Seattle Center is doable now, it might not be in the future. Fans will have to get more used to getting out of their cars.

Light rail will eventually get to the Center, but no time soon—the date is in the 2030s. To me, this highlights the importance of non-car alternatives.

I recently rode on a water taxi from South Lake Union to Renton—it was better than driving. Puget Sound and Lake Washington are under-utilized as foot-ferry traffic corridors. A pilot program for Seattle-to-Renton service is going to be tested in 2020, but there are possibilities for such services from around the lakefront, from Kenmore to Kirkland, Bellevue, Madison Park, the UW, etc. You might be able to catch a Sonics game after a pleasurable boat trip. Perhaps water taxis across Puget Sound could service the waterfront near the Sculpture Park and put people within walking distance of the Key.

World’s fair planners once envisioned a gondola ride linking the two. Maybe that would help. Or shuttles.

Most obvious is boosting the Monorail’s capacity. The Monorail is highly functional. In 1962, during the world’s fair, city fathers worried there weren’t enough parking lots for fair visitors. They built a huge one in Interbay. It was supposed to hold 5,000 cars. But it turned out fair visitors—twice as many as anticipated—chose to use public transit to get to the fair. During the fair’s six-month run, the Monorail carried 8 million passengers. The average for the Interbay lot: 70 cars.

The capacity of the Monorail has been reduced over the years—the large original station at Westlake was torn down and it is difficult to run both trains at the same time what with the weird tight curve that was put in the tracks near 5th and Stewart. Two trains collided there once.

Still, an expansion of the Westlake station or its relocation, and perhaps the addition of another stop are feasible. Upgrades could nearly double or more Monorail capacity. It might require some investment, but it’s an effective people-mover.

It’s also linked to light rail. Many people don’t know it, but you can transfer from Westlake Station by elevator to the Monorail platform. More elevator capacity could make the Monorail an effective rail link until 2036 when the light rail line to the Center is opened.

Another thing that is overlooked is residential growth around Seattle Center. Amazon workers who might be hockey, music or basketball fans can simply walk or bike to games and concerts.

I’m not saying it won’t be a challenge. But my hunch is that we’ll all have to be creative about how to make it work, but more cars are not going to be the best answer.