The city has revived its plans for a mixed-income development at Fort Lawton. But surprisingly, not everyone is opposed 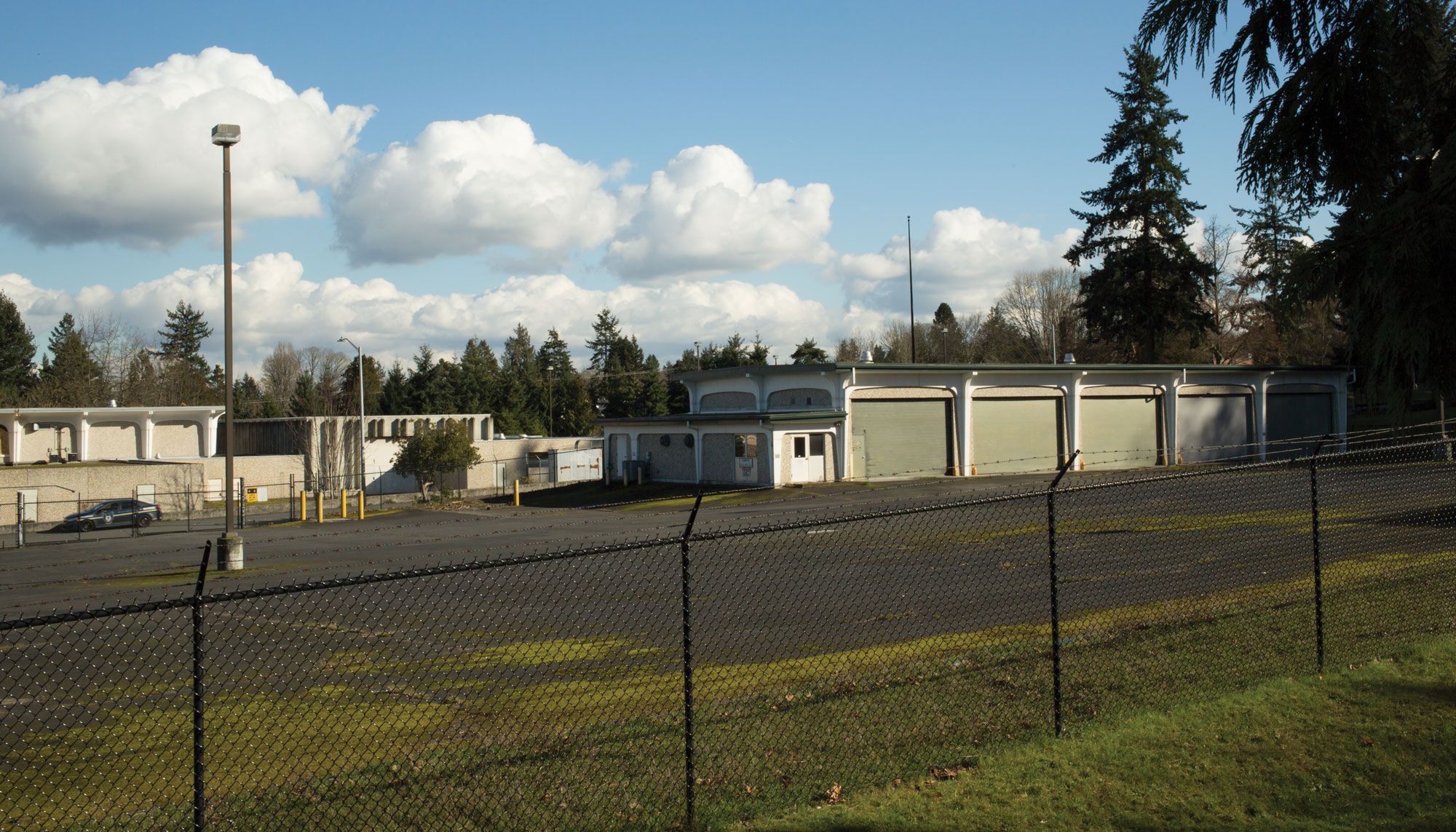 The Fort Lawton army reserve center—an old military outpost in Magnolia, established in 1900 to defend Seattle and North Puget Sound—isn’t much to look at these days. What was once a bustling, 703-acre military base, housing as many as 20,000 soldiers, has shrunk over the years to a mere 34 acres abutting 534-acre Discovery Park. Abandoned barracks, windswept parking lots and boarded-up windows make it obvious to the visitor who wanders inside its boundaries that this is a place frozen in time—frozen, specifically, in 2011, when the U.S. Army formally mothballed the facility.

But the battle over the future of Fort Lawton can be traced back to 2008, when a group of homeowners in Magnolia sued to prevent the city from building a 415-unit mixed-income housing development, including 85 units for homeless families, on the site. (The Army ceded management of the land to the city in 2005 in preparation for its closure, and offered the land to the city for free on the condition it is developed as affordable housing.) In 2010, a state appeals court ruled that the city would have to produce a full environmental impact statement (EIS) before moving forward with the housing proposal; that requirement, combined with the recession, has kept redevelopment plans on the shelf ever since.

Last year, shortly after an annual count of the city’s homeless population tallied a record 4,000 people sleeping on Seattle streets, the city revived the plan, issuing an EIS that laid out its preferred alternative to the earlier plan. It includes less housing, more open space and several acres of playfields on which a school could eventually be built. Public interest was revived, too: The plan, which includes 85 supportive housing units for formerly homeless seniors and veterans, 100 subsidized units for low- to moderate-income families and 52 Habitat for Humanity townhomes, has garnered more than 1,000 public comments.

Many of the comments strike a familiar tone, arguing that the new residents will drive down property values, overwhelm local streets and damage the historic single-family character of a close-knit neighborhood.

But something has shifted since 2008: More Magnolia residents—and former Magnolia residents who’ve been priced out of the neighborhood—are stepping up in support of the project. At a January public hearing at the Magnolia United Church of Christ, near Magnolia Village, dozens of speakers voiced support for the city’s proposal—a dramatic shift in tone since last summer, when the public comment at similar meetings was overwhelmingly negative. True, some of the speakers had found out about the hearing from the pro-housing Housing Development Consortium, but just as many speakers identified themselves as current or former Magnolia homeowners—the very demographic that torpedoed the project 10 years ago.

George Smith, who has owned his Magnolia home, less than a mile from Fort Lawton, for 26 years, was one of those who spoke up in January, and he says he’s seen a shift since 2008. “I think in the years since then, the homelessness and affordability crisis has gotten so much worse that you’d have to be living in a hole underground not to understand, at some level, that we’ve got a huge problem in Seattle,” Smith says. While he still has neighbors who oppose the plan, he also sees a new group of people who welcome the project. “I think that the folks that move into the Fort Lawton housing will be folks that are able to contribute to the community in positive ways,” Smith adds. “Hopefully, they’ll also be a little more diverse than the Magnolia demographic.” But even in Magnolia, there is demographic diversity. Over on the eastern slope of the hill, near the Burlington Northern railroad tracks, the median household income goes down—to $69,865 by the Magnolia QFC, and $66,455 farther south by the Magnolia Bridge, where the city periodically removes homeless camps. “I call it ‘Forgotten Magnolia,’ because I don’t think the people who actually live in the houses up in Magnolia ever think about us,” says Lisa Barnes, a longtime Magnolia renter who lives in a small apartment in the area, along with her husband and daughter.

Barnes, who works at a small social service agency, says that early on, she was surprised to discover so many of her neighbors opposed the city’s plan. But by January, when she showed up at the Magnolia United Church of Christ expecting to be one of just a few speakers in favor of the plan, the mood had shifted. “I kind of give it up to the city,” Barnes says now. “I think they have been responsive [with the new plan] to what people have said they want.”

Among other changes, the plan now sets aside 6 acres for active recreational space—think sports fields, not virgin forest—that could be purchased by the Seattle school district for a new school or environmental learning center. Local schools are crowded, and the neighborhood is getting younger; Smith, the longtime homeowner, says many of his elderly neighbors have sold their houses to young families, and nearby Lawton Elementary is already over capacity, according to the city’s EIS. (Magnolia Elementary School and Lincoln High School, both reopening next year, are expected to lighten some of the burden on existing schools.)

That’s important to Valerie Cooper, the legislative representative for the Lawton Elementary PTA and a member of the Fort Lawton School Coalition, a group that originally organized to advocate for a middle or high school on the Fort Lawton property. “I’m not opposed to housing, by any means, but I want to make sure that if it moves forward, we have the infrastructure that goes with it.” She notes, “My son [now in third grade] had had 29 kids in his kindergarten class when he started, and that was out of control. It has continued to grow since then.”

Another change since 2008 is the addition of acres of parkland; the 2008 proposal included just one neighborhood park of less than an acre and a 1-acre greenway. The new plan calls for 13 acres of new passive park space, along with up to 4.7 acres of forest from existing Army land. But for activists who want the entire Fort Lawton area turned into an extension of Discovery Park, that isn’t enough. They support an alternative plan that would sacrifice the housing and active recreational space for 4 additional acres of undeveloped park space. They say that plan would create avenues for migrating wildlife to travel through Kiwanis Ravine, a few blocks east of Discovery Park, and into a part of Magnolia that has long been fenced off and inaccessible. “I don’t want to be flippant or dismissive of the housing or the school option or any other option,” says Philip Vogelzang, president of Friends of Discovery Park, “but really, there is no other land near Discovery Park that can be added to the park, and there’s lots of options for housing.”

Barnes, the East Magnolia renter, takes the opposite perspective: Given that the land for housing at Fort Lawton would be free, why not use it for housing and add new parks elsewhere? “What would be better is putting more small green spaces throughout the city, not concentrating them in these giant parks that people have to drive to,” she says. For that matter, Smith adds, why not build even more housing at Fort Lawton and give more people the chance to enjoy a huge park right in their backyard? “My only regret,” Smith says, “is I think this was a very timid proposal—using so little of the property in an inefficient way, with single-family homes [townhomes] rather than apartment-style flats.… I wish they had been more ambitious.”

Dan Cantrell, a Phinney Ridge homeowner who grew up in Magnolia in the 1960s, agrees. “Even if there were a dozen developments like what’s being proposed at Fort Lawton, I don’t think it would change the character of the neighborhood,” Cantrell says. “I believe that the people who are opposing [the city’s plan] are in the minority, and I believe that, across the city, there’s a clear majority that understands and agrees that we need to build more housing.”

Unsurprisingly, there are still voices of dissent. At the meeting in January, Aden Nardone, a representative of the homelessness and drug policy advocacy group Speak Out Seattle, said that building housing in such an “isolated area” was like “putting people in internment camps.” Social media sites like Facebook and Nextdoor Magnolia bristled with predictions that the plan would bring crime, drugs and overcrowding to Magnolia. Elisabeth James, one of Speak Out Seattle’s founders, provided Seattle magazine with written comments stating that the group largely supports the housing option, but the plan “fails to provide a holistic plan for the existing neighborhood or the anticipated new residents,” such as additional service on Metro’s Route 33, which serves Fort Lawton.

Elizabeth Campbell, the Magnolia activist whose lawsuit back in 2008 forced the city to do a full EIS, told the Magnolia Voice blog that the “way to tackle the city” was to take “a legal approach,” presumably by challenging the final EIS—a common tactic for slowing or stopping development in Seattle. (Campbell did not respond to requests for comment.) The city, according to Fort Lawton redevelopment project manager Lindsay Masters, has taken that possibility into account by securing a five-year lease from the Army. Will that be long enough to wrap up any future litigation? Masters hesitates, then laughs. “It better be.”