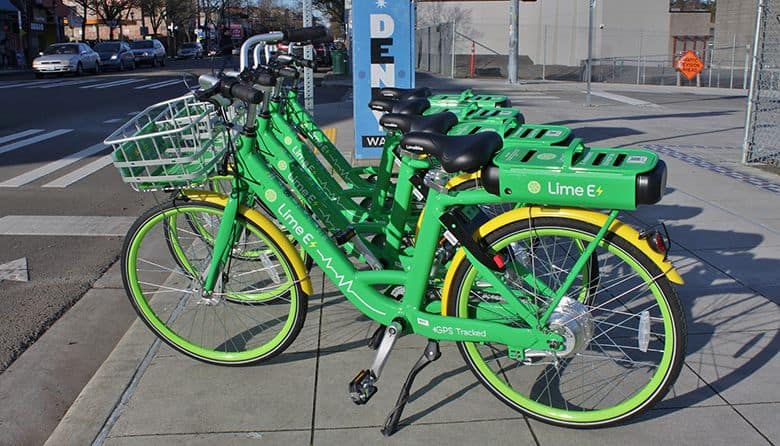 If you’ve been wondering when the city plans to expand its bike-sharing pilot program to allow more companies to participate, you’re not alone. After Ofo and Spin, the companies with the yellow and orange bikes, respectively, announced they were pulling out of the Seattle market—both citing the city’s new $250,000 annual permitting fee—other companies such as Uber (which acquired the bike-sharing company Jump in April) and Lyft (which acquired the bike sharing company Motivate in July) have been waiting for the city to officially expand last year’s pilot program

The city approved new rules for bike share companies in June—creating a path to move bike-sharing from a pilot into a permanent program—and both Uber and Lyft told Seattle magazine that they had expected to launch their bike share programs in September. However, the city still has not announced a date for the official expansion or granted permanent permits to the three companies (Uber, Lyft, and Lime Bikes) that applied.

City officials gave varying reasons for pushing back the anticipated expansion date—which, they say, does not represent a delay because no formal date for the expansion was ever announced. Among the reasons: Uber’s bikes, unlike those owned by other bike-share companies, include locks that must be secured to a bike rack when they’re not in use and the city is concerned about bike rack availability.

“When we did the pilot, the locking technology was not available to us,” SDOT spokeswoman Mafara Hobson says, referring to the fact that the existing bike-share bikes are meant to be left unlocked. “SDOT is currently evaluating rack capacity and will install additional racks as appropriate.”

Uber spokesman Nathan Hambley says the company believes that requiring riders to lock up their bikes “cuts down on theft and vandalism and bikes ending up where they’re not supposed to be.” Uber’s proposal prompted the city to initiate an inventory to find out how many bike racks it has, to see if there were enough to accommodate up to 5,000 new locking bike-share bikes.

Another reason for the expansion delay: After reviewing feedback from Seattle residents over the year-long bike-share pilot as well as the results of a survey conducted for the city by EMC Research, the city decided to do a full environmental analysis of the program under the State Environmental Policy Act (SEPA). This extra step involved evaluating the potential negative—and positive—impact an expanded bike-sharing program would have on greenhouse gas emissions, water quality and habitat, and added an unknown amount of time to the approval process. (Hobson says the SEPA review was prompted by an evaluation that was made public in August; the review process just wrapped up with the close of the public comment period on October 11.)

The SDOT 2017 Bike Share Evaluation Report found that while three-quarters of those surveyed (both by EMC and in an unscientific online poll by the city) were generally in favor of the program, many expressed concerns about safety and right-of-way access. “After continued conversations and community engagement around these concerns, the Department [moved] forward with SEPA in an effort to launch a formal program that not only enhances mobility, but also considers environmental impacts,” Hobson says.

The city’s report also looked at comments from people who emailed or called the city about the program on their own. According to the city’s report, almost all of those comments were negative. The top five complaints were “bad/incorrect parking,” “pedestrian access and safety,” “Ugly/Clutter/Garbage Bikes,”  “unresponsive company,” and people not wearing helmets.

The EMC survey’s list of “top drawbacks” was similar. People complained about seeing bikes in places where they didn’t belong, cyclists riding without helmets and cyclists “who don’t know or follow the rules.”

The SEPA checklist does not specifically ask about the issues people brought up in response to the city’s surveys, because the checklist is confined to the impacts a project will have on the environment.

In its SEPA analysis, SDOT did address the most common complaint that bikes were parked on the sidewalk or in other places where they weren’t supposed to be— including in response to a question about how much parking (for cars) an expanded bike share program would add or eliminate. The city wrote: “The evaluation determined that while between 70 to 80% of bikes were parked correctly, 15 to 25% were incorrectly parked and 5% fully blocked pedestrian access.” They also noted that the city plans to impose new requirements (the rules adopted back in June) that will hold bike share companies responsible if too many bikes are parked in the wrong places.

It’s unclear whether specific individual complaints played a role in the city’s decision to do a full SEPA analysis, if the survey results and voluntary negative feedback were the primary reason the city took this step, and what the “continued conversations and community engagement” about the feedback looked like in practice. I have filed a records request for any additional complaints the city has received about the proposal to expand its bike share program.

The city issued a Determination of Non-Significance on the bike share program—meaning that the proposed expansion won’t have a negative impact on the environment—on September 27. The city still has not said when the bike-share expansion will happen.