Is Nextdoor.com Becoming a Home for Racial Profiling? 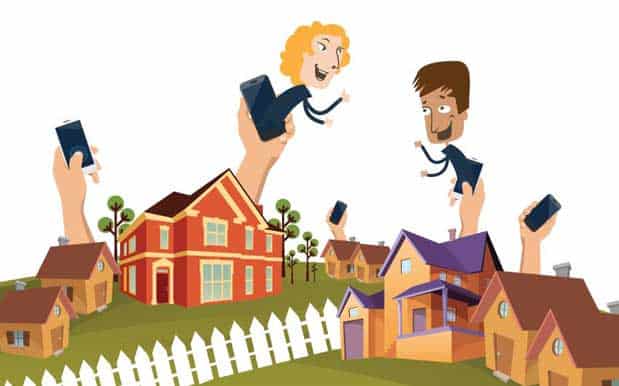 Nextdoor,  the social media network that connects neighbors with each other, didn’t set out to be the go-to site for crime and safety news. In fact, when it launched in 2011—the same year it started in Seattle—its founders envisioned the company as a sort of virtual forum: a place where neighbors could share information about local events, garage sales or lost pets. “People told us, ‘I just need a way to find a great babysitter,’” says Nextdoor spokesperson Kelsey Grady.

Things churned along like that for several years as the platform gained traction. Each neighborhood—more than 58,000 across the country now use Nextdoor—creates a private Nextdoor website that’s only accessible to residents in that microcommunity. The company verifies members’ addresses through credit cards, Social Security numbers or other Nextdoor members. “Come and take some firewood,” a member might post. Or, “Looking for a good window washer.”

In 2013, the San Francisco–based company began letting users post messages to nearby neighborhoods, which expanded everyone’s network and contacts. Soon after that, discussions around crime and safety began to increase.

“We do nothing to influence the conversation,” Grady, says “but we find that the community talks about the issues important to them.”

More and more, concerns about crime have been topping the “important issues” list for Seattle-area residents. According to FBI crime statistics, Washington state leads the nation—that’s right, we’re number one—in property-crimes rates. Along with that has come a growing impression that the Seattle police just aren’t on it. As Seattle Times columnist Danny Westneat noted in a piece last year after his car was robbed, “If your car gets broken into, there’s probably no point in calling the police because they won’t do anything.”

Nextdoor might just be the platform to help change all that. As interest in its crime and safety feature has grown (it currently accounts for 16 percent of the website’s conversations), the company has found ways to involve local government agencies. Last year, Nextdoor partnered with the Seattle Police Department and the Seattle Office of the Mayor, and in April, the department launched its Micro Community Policing Plans on the site. The plans help police focus on the types of crimes that are the most prevalent in each neighborhood.

What’s more, the police department and the mayor’s office are using Nextdoor to talk—virtually—with Seattle residents and offer real, practical information that includes crime trend data and emergency preparedness advice tailored to each Nextdoor neighborhood. No need to worry about privacy—government agencies don’t have access to users’ posts.

“We view Nextdoor as a way to get info to the right audiences at the right time,” says Sean Whitcomb, a Seattle Police Department sergeant and its public affairs director. “Nextdoor humanizes the police department and puts us at the right level, where people are having granular conversations about what’s happening on their block.”

Whitcomb, who notes that police are “keenly aware” of how upset Seattleites are over property crimes, says the kinds of offenses being committed vary from neighborhood to neighborhood, and police need to tailor their approach accordingly. “We see robberies in Capitol Hill, drug trafficking downtown and property crime in North Seattle,” Whitcomb says. Micro plans and
Nextdoor help police get a handle on these differences. And he’s encouraged by the latest crime stats: Property crime in Seattle dropped 14 percent in the first six months of this year.

But as more people jump on the Nextdoor bandwagon—98 percent of Seattle neighborhoods use Nextdoor—a darker side to some posts has begun to emerge. Magnolia resident William P. Barrett, a journalist and blogger (“New To Seattle”), notes in a blog post, “There’s been considerable chatter in this typically liberal Seattle neighborhood—which is nearly 90 percent white—about racial profiling.”

He cites, as an example, this Nextdoor Magnolia post from last March: “Last Sunday as I was leaving 24th and Emerson, I saw a light blue low-rider (gangster?) car turning on to 24th. They looked like gangsters in banana’s (sic) and hats, but on the chance of sounding racist or profiling, they looked more at home in south-center. Just letting everyone know.”

These comments generated discussion—and shaming—on the Magnolia site. “Nobody should have to follow a dress code to feel like they won’t be profiled in our neighborhood,” wrote one resident. While Barrett says this kind of self-policing is a good thing, he also senses a certain undercurrent in these posts. “I think Seattle has more racial tensions in it than people want to admit,” he says.

Whitney Rearick, a housing developer who lives on Capitol Hill, agrees. “I signed onto my area’s Nextdoor site a few weeks ago, only to find it full of profiling,” she posted in response to an article on the millennial website Fusion.net titled “Nextdoor, the social network for neighbors, is becoming a home for racial profiling.”

But Rearick didn’t stop at posting a comment; she connected with the MLK FAME Community Center in Seattle in the hope of organizing a community meeting to discuss racial profiling. “I want to get together and find out how to build community, not walls,” she says.

Retired attorney Daniel Wershow went through an epiphany of sorts, thanks in part to Nextdoor. After a number of worried neighbors posted comments about crime in his area, he went on the Nextdoor Arboretum website to report that two “black men” had knocked on his door and asked him to sign something. He also alerted the police.

After reading a few responses to his post, Wershow realized that “these two men were probably legitimate,” he says. It got him thinking.

He went back on the site and began a rather reflective conversation around prejudice and profiling. He posted, “I asked myself, how would I have reacted if these two young men had been European Americans or Asian Americans?” Would he react more strongly if the man was black? “More likely, I am sad to admit,” he wrote. He ended his post by asking, “What does this say about my beliefs?”

Wershow doesn’t pretend to have the answers to his own questions. But he wonders whether Nextdoor might be part of the problem.

Nextdoor’s Grady doesn’t see racial profiling as a widespread issue. The company guidelines ask users to “refrain from posting messages that will be perceived as discriminatory or profiling,” but Nextdoor does not monitor content. Members can flag posts, however, and  “leads”—members who oversee their own neighborhood website—can delete messages they consider inappropriate. Grady views profiling as a “gray area” and finds it encouraging that “neighbors are discussing what’s appropriate and what’s not.”

An uptick in break-ins and car prowls created quite the buzz on Nextdoor’s North Mercer Island website last winter. Neighbors began sharing useful information: “Nine vehicles were prowled Sunday night”; “We got robbed, keep a look out”; “Store your jewelry in a mounted home safe”; and less useful information concerning a suspicious white van that turned out to be…a white van.

That’s when resident Heather Kurt stepped up. “People need real information—and they want a sense of connectedness with their neighbors,” she says. So she became a Nextdoor liaison between the website’s members and the Mercer Island Police Department, helping the police disseminate information and advice.

She also hosted a neighborhood watch meeting that was attended by more than 40 residents and three police officers. “The police officers were very engaging. It was great to see the collaboration between the neighbors and the police,” Kurt says. The meeting also served a social function. “Some people just wanted to stay and talk,” she says.

The police welcome the opportunity to meet local residents in an informal, nonthreatening environment, says Mercer Island Police Commander Leslie Burns. “We are always looking for ways to partner with the community.”

Nextdoor’s ability to facilitate face-to-face interactions like this one may prove to be its most valuable contribution to communities.
“We’re spending so much time in front of screens and TVs,” says Grady, with no sense of irony. “We are on our phones and we’re online. Now we can channel that time to create offline interactions.”

Perhaps this is our back-to-the-future moment: using technology to mimic the old-school town square. Marc J. Dunkelman, author of The Vanishing Neighbor: The Transformation of American Community, finds Nextdoor’s timing spot on. People are craving connection with those who live close by, he says. “If you are ensconced in your own bubble, people unfamiliar become alien. And alien becomes sinister.”

Nextdoor is not just about crime and safety reports or lost pets; it’s about building relationships, he says. “The hope is, when you run into your neighbor, you have a five-minute conversation. Who knows what that will lead to?”