Nine Nerds of Note: Local Geeks Going Above and Beyond

From wine, to food, to news, we call out nine of the cities nerdiest personalities. 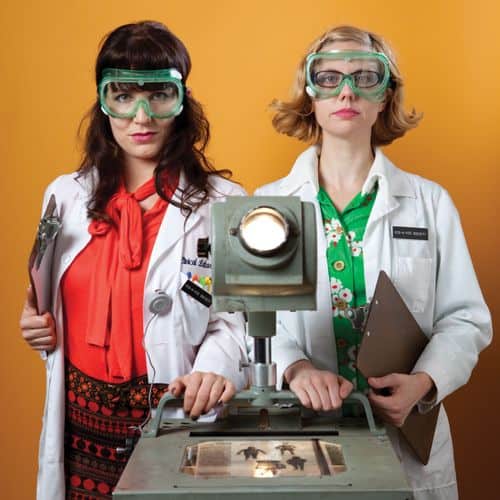 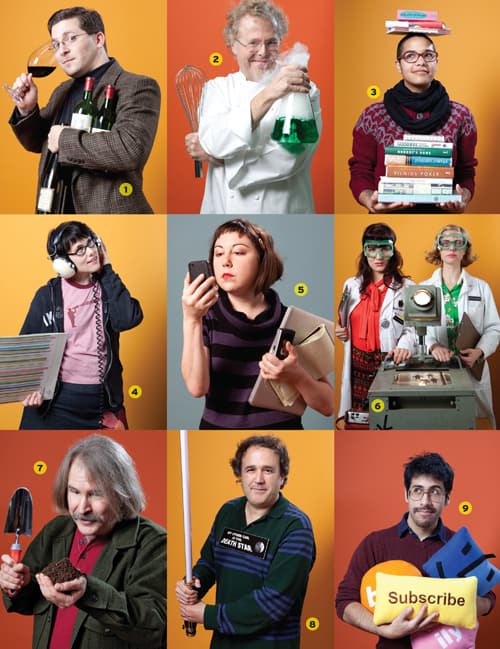 Nerd stats: Personal collection: 3,000 bottles. Database: tracks 21 million bottles. Has published more than 4,000 tasting notes to his website.
How it began: “It just seemed natural to build a proper SQL database and host it in the cloud.” (Huh?)
Nerd cred: Staying up until 5 a.m. after tastings to write up the wines while the memory is still fresh; custom bar-coding every bottle in his collection.

2. Food Chemist
NATHAN MYRHVOLD  [ Master French chef; author of Modernist Cuisine: The Art and Science of Cooking (due out in March, modernistcuisine.com) ]

When she knew she was different: “I remember telling some coworkers I was driving to Portland that night—a Tuesday—to see a Seattle band, reasoning, ‘They’re so good!’ They explained that’s not normal.”
Nerd cred: “I was at the first Horses [renamed Band of Horses] show and picked up their homemade EP.”
True confession: When she realized the yearly amount she spent on live shows and records far exceeded her car insurance cost, she contemplated getting rid of her car.

News sites she visits daily: Seattlepi.com, local newspaper and neighborhood blogs, Seattle Transit blog, Crosscut, The New York Times, Talking Points Memo, The Atlantic….
Dream beat: “The one I have now! I get to cover the ongoing battle between the council and the mayor, the deep-bore tunnel, the debate over cars vs. bikes and transit—all the exciting stuff.”
Nerd cred: “I’m the only reporter who goes to Transportation Choices Coalition’s monthly brown-bag lunches.”
Nerd knowledge: Knows the meanings of all these acronyms: SDEIS, PDC, CIP, BIA, RPZ, TIF, COBE and SEPA.

Audience surveys conducted: “102.5 (approximately).”
On the scientific method: “It’s a form of poetry—its structured ritual is comforting the way sonnets are.”
Where science and poetry meet: “All poetry secretly invites you to reflect on your own experience and circle your favorite answer—the answer that is most true, for you, right now. Our survey-poems just make that process more explicit.”
Best thing about wearing lab coats: “It’s very reassuring to everyone involved. Also, pockets.”

7. Dirt Doctor
DAVID MONTGOMERY
[ Professor of earth space sciences at the UW and author of Dirt: The Erosion of Civilizations ]

Nerd cred: 2008 MacArthur “genius” grantee for his pioneering work on dirt and the evolution of topography.
Extracurriculars: Front man for local folk-rock band Big Dirt.
Favorite childhood pastime: Looking at maps.
Favorite book: Sacred Theory of the Earth (published in 1684). “It attempts to explain European rocks through the biblical story of Noah’s flood.”
Biggest dirt adventure: “Sinking up to my hips in boiling quicksand in the Philippines.”
Most upsetting thing about dirt: “In 150 years, at the rate we’re going, we’ll be completely out of soil.”

Throwboy origins: “I made some
pillows that resembled Mac OS X icons as a Christmas present for a girl I was dating.” The girlfriend blogged about the pillows, and the blog went viral.
Why people love the pillows: “People love being able to express their geeky side beyond just their computer and gadgets.”
Nerd stats: Ships roughly 50 orders a day (1–12 pillows each).
Typical day: Toggling between sewing machine and computer.
Nerd cred: Streamed live 24/7 from the Throwboy factory (his apartment) during the Christmas rush.