Rachel Hart gives you a peek at our October 2010 issue

This article originally appeared in the October 2010 issue of Seattle Magazine. 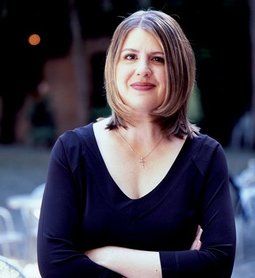 This past summer, I had two distinct only-in-Seattle moments. The first was at Carkeek Park when I saw a bunch of kids at a birthday party engaged in a sack race. When I looked a little closer, I realized they were hopping around in big, floppy burlap coffee-bean bags. A couple of months later, during the week we put this issue together, my 5-year-old son, Luca, randomly decided to repeatedly fill and pour out water from two tiny bathroom Dixie cups, proudly declaring, “Mommy, this is what baristas do!” (I kid you not.)

Indeed, coffee runs through our cultural veins in Seattle. Those ubiquitous red neon espresso signs that dot our coffee shops and stands are as much a part of the local color as the Olympic Mountains’ silhouette, local bands and salmon. You really don’t even notice how big a part of our everyday lives it is until you try to get a good cup of coffee in another part of the country.

Despite the obvious goldmine of fodder for headline puns, in the 12 years I’ve been editor of this magazine I have purposefully avoided doing stories on coffee, defending my choice with battle cries of “It’s too clichéd! Too obvious!”

But in the past couple of years, I’ve been watching a new momentum brewing around coffee (sorry—had to get it out of my system). Froufrou $5 caramel drizzled lattes are giving way to French press or pour-over brews of single-origin coffees. Meticulous attention and thought are given to sourcing beans and caring for coffee farmers. Artisanal roasting is done in small batches to be as fresh as possible (and don’t even think about storing those beans in the freezer!). Today, coffee bags read like wine labels, with notes about hints of cherries and berries instead of caffeine ratings like “bold” or “mild.” Coffee has arrived as the newest darling foodie item.

All of this adds up to what trend watchers call the “third wave” of coffee (the first being the early specialty coffees—anyone remember hazelnut-flavored roasts?—the second, the rise of espresso-based drinks and the coffee shop experience).

Seattle (and Portland) is at the center of the coffee renaissance once again, and when I saw a bag of beans at a local coffee shop for $30, I knew it was time to write about what was going on.

In our humble effort to trace the roots of our coffee heritage (we were able to go back 115 years) and its rebirth, we’ve spent the past several months slurping through cuppings and getting a crash course on things like the terroir of coffee and the virtues of farm-direct sourcing. But my favorite part was talking to the many, many people (some of them many, many times—thank you!) who helped make our city the country’s coffee capital.

In this issue, you’ll meet some of the key local people in coffee, discover the best locally roasted beans and celebrate our beloved coffee shops—our living rooms, conference rooms, offices, sanctuaries and homes away from home. Coffee—and all its trappings—is about ritual, escapism, finding a tribe and community (OK, and caffeine). So if anybody ever balks at why people would spend $4 on a cup, we’re here to remind you it’s worth it.

Rachel Hart on How to Satisfy Soul Cravings

Our fearless editorial director gives you the inside scoop on our June issue.