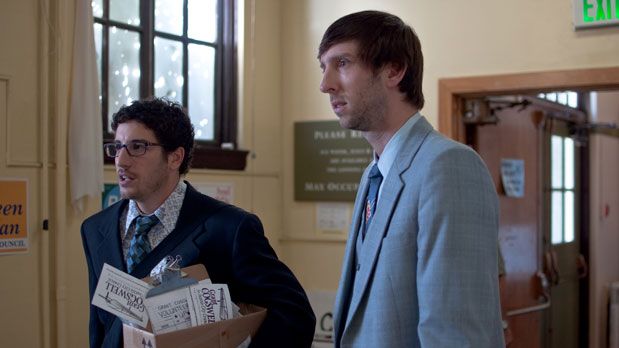 SIFF! Is! Here! So much indie film goodness… it’s overwhelming, isn’t it? One way to make the SIFFxperience more manageable is to go locavore—plan to see as many of the locally produced films as possible.

This year, SIFF is supporting local filmmaking in a big way, screening 8 narrative features, 6 documentaries and 34 short films. And for the first time ever, the opening night film is by a Seattle filmmaker: the thoroughly awesome Lynn Shelton, who’ll screen her thoroughly awesome film, Your Sister’s Sister (which has already been picked up for national distribution later this summer).

Also on the local docket is the endearing Safety Not Guaranteed, a sweet story of love and time travel co-produced by Seattle’s Lacey Leavitt, shot largely on the Washington coast and featuring a major cameo by the Seattle magazine offices (woot!). One more can’t-miss local movie is the new feature by Seattle mag Spotlight Award winner Megan Griffiths (The Off Hours), whose Eden—about a young woman who falls into the harrowing world of sex trafficking—was shot in WA and is already getting big, big buzz.

For more info on all the other local films at SIFF, head to siff.net and look for the Northwest Connections program. PS: There are, oh, a few hundred or so other films from around the world on the SIFF schedule too, but don’t panic! Stay focused. Think local, and if a few global films slip into your view, all the better.

New in Town: Hunkering Down with SIFF Film Picks

Explore Seattle from the couch with classic local movies

There’s a Lot to Love About SIFF This Year

From the red carpet and beyond, Nancy Guppy digs deep into the annual film fest.

Your guide to the largest film fest in the nation.