The Pantry in Ballard is Doubling in Size 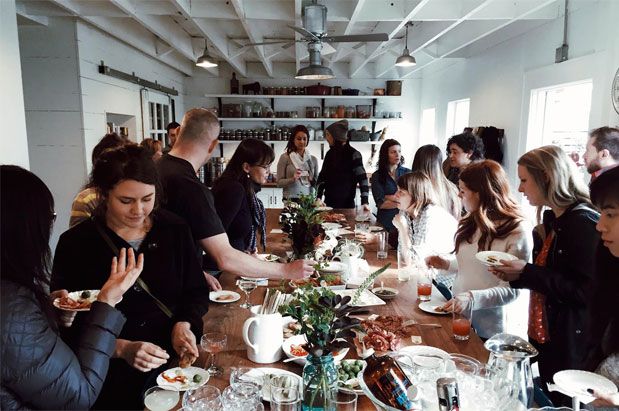 In four short years, The Pantry has become one of the most beloved gathering places for food makers and home cooks in Seattle. Every quarter, the Ballard cooking school offers 45 accessible, technique-heavy classes, and many (hello, Russian dumplings) fill up within hours.

Taking a cue from fans, owner Brandi Henderson, former executive pastry chef at Delancey pizzeria next door, has broken ground on a much-anticipated expansion that will double the school’s space on 70th Street.

When construction is complete in November, just in time for the super-popular holiday gift-making class, The Pantry will have a second kitchen to accommodate Henderson’s growing team, which includes master food preserver Paige Irwin and chef Kristen Schumacher, formerly of Le Pichet.

A new black walnut table is being custom-built so that together with “Kingsley”—named by Henderson because it is “our really majestic original community table”—they can accommodate twice as many eager-to-learn cooks.

Henderson named the table and started The Pantry in 2011 with then partner Olaiya Land. Of the expansion, she says: “We’re just excited that it won’t be as hard to get into a class.”

So are we. The new space will also allow The Pantry to host private events and visiting chefs and cookbook authors, all of which it previously would have had to turn away due to a lack of space.