People in Beer: The British Invasion

Some of our best new brewers borrow from an old playbook 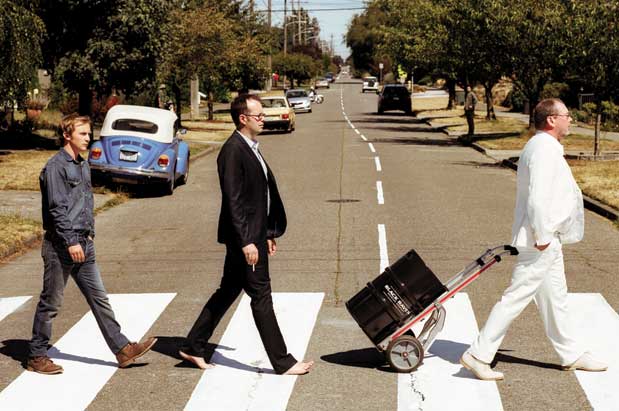 We describe beer—extra special bitter, pale ale, stout and so on—using terms from the English brewing tradition, but these days around Seattle, there’s a more immediate impact: Three British expats are putting their stamp on the local beer scene in their own unique ways. Nigel Slater is the sales manager for Black Raven Brewing in Redmond. While he may not be stirring the brew kettle, his wit and off-centered sense of humor are an important part of the brewery’s public image, giving this very American brewery a Monty Python–esque persona. When the Black Raven crew shows up at a local pub dressed in gorilla costumes, everyone knows who is behind the shenanigans.

The owner/brewmaster at Ballard’s Reuben’s Brews and a rising star on the local beer scene, Adam Robbings happily makes use of the abundance of ingredients he’s found to work with stateside. His brewery uses a wide variety of malt, hops and yeasts (also from Great Britain and beyond) to create nontraditional, very American ales. Perhaps his most popular beer is his American rye, which is far from anything his ancestors brewed.

Machine House Brewery is bucking a trend by offering beers that are remarkably similar to what you might find in a British pub. Perhaps that’s because Bill Arnott, its 27-year-old co-owner and brewer, has been on this side of the pond for only a few years. At the brewery’s tasting room in Georgetown, the beer is poured in the customary English fashion: hand-pumped into the pint glass, with only its naturally occurring carbonation, and at cellar temperature, rather than refrigerated. No other local brewery is focusing on brewing and serving beer in such a traditional manner.