The People in Your Neighborhood

Our editorial director reflects on the September issue. 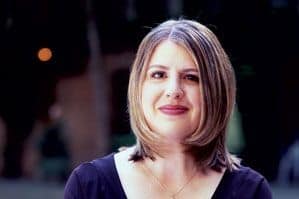 My husband grew up in New York City, but wanted to escape what he calls “the hustle.” Though I was born in Washington, I grew up in suburban Racine, Wisconsin, and longed for city life. (Any chance I’d get, I’d head to Chicago, just 45 minutes away; it’s still one of my favorite cities in the world.) We met while living in Madison, Wisconsin, and we started to plot our next steps—living in a place with both hellacious humidity and eyelash-icicle-inducing winters was not going to fly with me for long. Seattle was at the top of our list, mainly because of its vibrant, manageable downtown full of shops, restaurants, arts organizations and great energy—and also because we visited during a glorious, sunny August.

That was in 1997. Downtown had just undergone a revitalization. We settled down in what we considered a cool, vibrant city that our future kids might want to live in—rather than flee from—when they became adults.

Fast-forward 15 years, and, while on a recent daytime trip to downtown with my sons for ice cream, I was struck by how closely they clung to me while we crossed streets and walked along sidewalks. They were actually afraid to be downtown.

I had never really thought of downtown as scary—save for those sketchy blocks on Second and Third avenues between Pike and Pine, which unfortunately, was where we happened to be. But then it hit me: Even José and I, urbanites to the core, hadn’t spent much time downtown since becoming parents. Our little enclave of Ballard has everything we need (including a healthy dose of hipster city life). Somehow, we had become suburbanites in our own city.

Sure, downtown has some downsides: the crime in Belltown, the condo boom gone bust, Juggalos loitering and occupiers stopping traffic, the $4-an-hour street parking (!). But despite that, it continues to thrive and grow exponentially. In this month’s issue, writer Lisa Wogan takes a look at downtown at the tipping point (see “How to Fail at Building a Great Downtown”) and reminds us—and you, too, if you have also strayed—of why we need to care. As much as I love our city’s many distinct neighborhoods (and their excellent, strollable shopping; see fashion editor Kate Calamusa’s inspired feature story “Best Seattle Neighborhoods for Stylish Local Shopping”)—downtown is the ultimate Seattle neighborhood we all “live” in.

P.S. Our always spot-on arts and culture editor Brangien Davis has hit it out of the park again this year—as did staff photographer Hayley Young and art director Sue Boylan—with her picks for emerging local artists for our sixth-annual Spotlight Award winners.