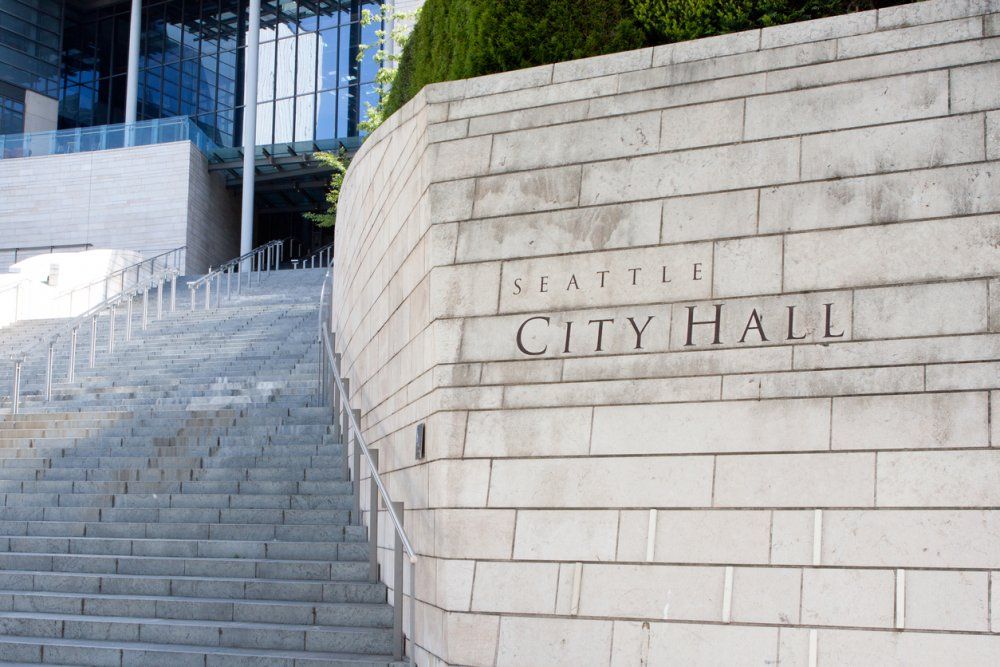 On Friday, the Seattle City Council got its first look at legislation from Mayor Jenny Durkan’s office taking aim at so-called “RV ranchers” who charge people rent to live in derelict and unsafe recreational vehicles.

Durkan’s legislation would impose a fine of $250 a day on anyone who “allows” another person to live in a derelict vehicle, a definition that includes both cars and RVs and encompasses deficiencies ranging from mold to cracked windows to leaking fluids. It would also require the owner of such vehicles to pay up to $2,000 in restitution to the person or people living in the vehicle. The second offense would be a misdemeanor, subject to a fine of up to $1,000 and up to 90 days in jail.

The legislation was met with a cool reception Friday, particularly after the mayor’s director of Finance and Administrative Services (FAS), Calvin Goings, likened homeless people living in RVs to “dogs” living in inhumane conditions. (FAS was at the table because the department oversees the city’s towing program).

“If there were animals living like this, then we would seize those animals,” Goings said. “Please tell me that Seattle is not a place where we would not allow a dog to live where we would allow human beings to live.”

Goings’ comment came after a testy exchange with councilmember Teresa Mosqueda, who took issue with Goings’ statement that “the foundational question” for the council was, “does the council agree this is a problem?”

“It’s very clear to me that the full council shares the concerns,” Mosqueda responded, adding that the council have continued to push for more funding for shelter and services and have repeatedly increased the size of the Navigation Team, which removes unauthorized encampments and directs their residents to existing shelter and services. But, she added, “when we’re looking at specific legislation, we have to look at the language. The words in the legislation matter.”

City councilmember Mike O’Brien, who has supported creating “safe lots” for people living in their vehicles to park at night, said in an interview that although he doesn’t support allowing people to rent out derelict RVs, “I’d like to better understand how pervasive this practice is” before “giving authority [to the city] to do a lot more impounding and taking away people’s housing. … If the goal is to get people out of living in RVs and into better housing, which is my goal, we should have a policy that gives these folks better options, rather than simply taking away the one bad option that they have.”

The city estimates that between two and five individuals are renting out RVs to other people, but Durkan’s homelessness advisor, Tess Colby, said it was hard to get a reliable “census” of how many RVs those two to five people own. (Last week, The Seattle Times profiled two “RV ranchers.” One has been banned from buying RVs from the city’s towing yard, and one is down to a single RV that he plans to move into himself.)

Councilmember Sally Bagshaw asked why the legislation didn’t include any additional funding for enhanced shelter or tiny house villages, which would allow people living in tents or RVs to keep at least some of their possessions and wouldn’t require people to separate from their partners or pets. Currently, the city lacks adequate resources to house or even shelter its thousands of vehicular residents, much less provide intensive addiction and mental-health care services to those who need them.

Tess Colby, the mayor’s homelessness advisor, said that the Navigation Team offers RV residents the same outreach and services they do to all people living in unauthorized encampments, but that only 10 to 15 percent of people living in RVs tend to “accept services” when they’re offered.

Residents and businesses—particularly in the SoDo industrial area, which is one of a limited number of places in Seattle where parking RVs is legal—have complained repeatedly about the proliferation of RVs near their properties.

Bagshaw asked whether it’s realistic to believe people who own derelict RVs have the financial resources to pay $2,000 in restitution to their former tenants. “We believe that they do, and we also think that this is an important message to send to ranchers and a disincentive to continue to do this,” Colby said.

After the meeting, Mosqueda said she found Goings’ comments comparing people living in RVs to “animals” living in abusive conditions “shocking” and off point. “Do you know what we do for animals that need a home?” Mosqueda said. “We shelter them. We give them food. We give them a bath. This legislation does none of those things for these individuals.”

“We’re actually supportive of getting people into safe living situations, and nothing in that legislation was actually targeted toward helping individuals,” she said.