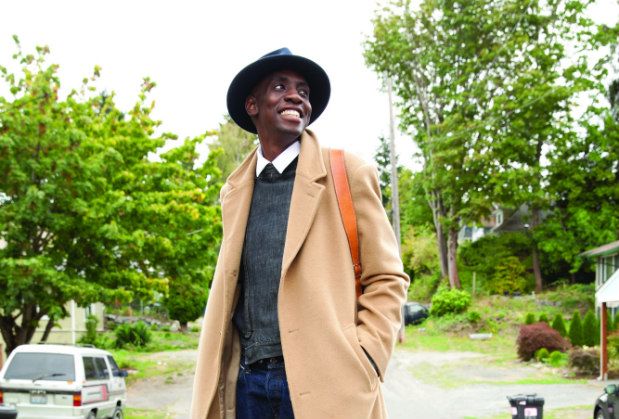 If you’re a brunch person (you probably are), chances are you’ve heard of Morning Star, chef Tarik Abdullah’s beloved brunch pop-up that made its way around different locales in Hillman and Columbia City. Or perhaps you know him as a contestant on ABC’s hit cooking competition show The Taste. But if not, pay attention: this self-proclaimed “spice geek” is opening a Moroccan-inspired pop-up bakery for one day only, and you do not want to miss this.

Rose & Blossom, Abdullah’s first foray into the world of desserts, is inspired by his travels: “I went to Morocco last year,” he says. “What stood out were the sweets. [The pop-up] is influenced by what I saw there and all of the flavors.” Though the exact menu is still being worked out, the former Cicchetti chef notes he’ll be making a few types of cookies, doughnuts, spiced ice cream and spiced sorbet.

Abdullah has been doing pop-ups for the past few years, but up until now has focused on brunch and dinner. “To a degree it’s a challenge. I’ve always wanted to make some sweets and try a few different recipes and see how it turns out.” He continues, “hopefully people will like some of the things I make. I just wanted to have some fun. If it works out maybe we’ll try another one.”

As for what’s next, Abdullah says he’s been intrigued about opening up a permanent space. “I’m a pretty ambitious dude, I’ve had my hands involved in plenty of different things. But the challenges of finding a space are big right now. There are no rooms, Seattle is packed. It’s a big investment. I’m definitely not intimidated by it though. But as a pop-up, I’m allowed to do multiple projects and not be tied down to one.”

Here’s to hoping it will be a sweet, spicy success. See for yourself: Rose & Blossom will open on July 3, from 5 to 9 p.m., at Refresh Frozen Desserts and Espresso on Capitol Hill.

Just over the Cascades, this river city is burgeoning with wineries, a food scene and sunshine