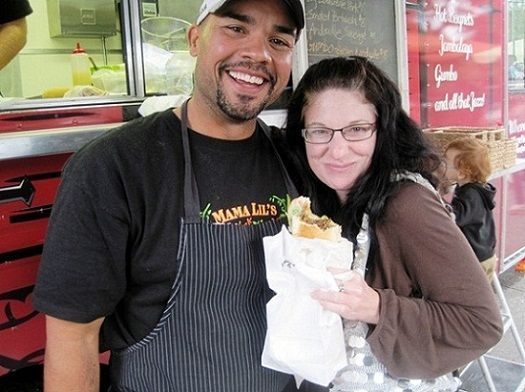 OK, so it’s not the most brilliant day for the debut of the Queen Anne Farmers Market. But come on, we’re used to buckets of rain in June, right?

Slip on your Wellies, grab an umbrella and let’s go.

Because this market – open from 3pm to 7pm every Thursday until October – features an awesome lineup of ready-to-eat food vendors. After all, this is the market that helped Where Ya At Matt build its fervently faithful following. (And, yes, we’re beyond thrilled at the prospect of sitting down inside Roux, Matthew Lewis’s brick-and-mortar space in Fremont, set to open later this summer.)

After shopping for farm-fresh produce, hit up one or more of these tasty spots, serving up everything from tandoori chicken to vegan sammies: