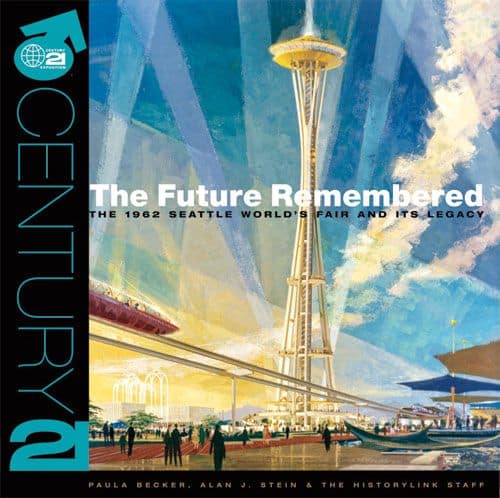 The Future Remembered: The 1962 Seattle World’s Fair And Its Legacy
by Paula Becker, Alan J. Stein and the staff of HistoryLink.org
$39.95; HistoryLink
This commemorative book gives a detailed account of the Century 21 Exposition, with interviews, a chronology of events and hundreds of vintage photos of this central occasion in Seattle’s history.

When Seattle Invented the Future: The 1962 World’s Fair
KCTS 9. Premiering February, 2012; visit kcts.org for show times
This documentary compiles vintage video recordings and historical photographs to tell the story of the 1962 World’s Fair and how it grew from a single event to a Seattle game changer that left a lasting physical and civic legacy.

SpaceNeedle50.com
Learn about new events at the Space Needle, read up on its history, and share personal stories in this public “photo album” devoted to our beloved Space Age landmark.