The Best From the Midwest: Chili, Cheese Curds, Brats and Burgers

Find a heaping helping of the heartland here in Seattle. 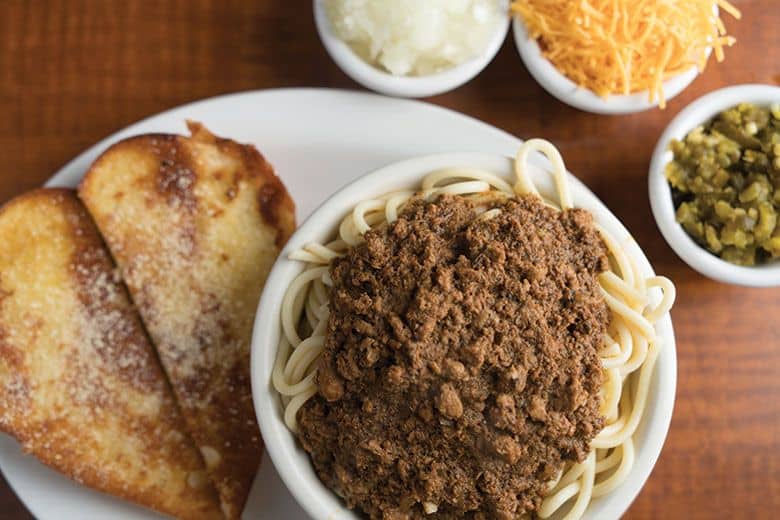 It may be Seattle’s unapologetic love of all things fresh, organic, local and seasonal that made it difficult to support the many shades of beige and fried foods at Midwestern-themed restaurants like Zayda Buddy’s and Heartland Cafe (R.I.P.). But thankfully, when the mood strikes for t-ravs or cheese curds, these places will suffice.

Mike’s Chili Parlor
Cincinnati Chili
When Mike Semandiris began serving chili at his eponymous restaurant in 1922, the dish hadn’t yet cemented itself as a hallmark of Cincinnati. Yet, today the version served at this fourth-generation, family-owned dive bar at the base of the Ballard Bridge bears a striking resemblance to Ohio’s most divisive dish. The love-it-or-hate-it, slightly sweet, warm-spiced ground beef stew comes served in the traditional way, poured over spaghetti ($8), though you’ll need to order the onions and cheese at extra expense.
Know Before You Go: Leave the kids and the plastic at home; this place is 21 and older and takes cash only.
Mike’s Chili Parlor, Ballard, 1447 NW Ballard Way; 206.782.2808

Bavarian Meats
Wisconsin Knackwurst/Bratwurst
These sausages aren’t specific to the Midwest, but because of the large population of German immigrants who settled there, that culture’s influence—on both food and beer—is clear. At Pike Place Market’s adorably kitschy Bavarian Meats, the brats aren’t boiled in beer like they would be in Wisconsin, but they’re the best in town (served on a bun with plenty of sauerkraut, $7.99). Ask for a snappy, smoother ground knackwurst if that’s your preference.
Where Else to Find It: Not surprisingly, the best sausages around are found in Leavenworth, particularly at Visconti’s.
Bavarian Meats, Pike Place Market, 1920 Pike Place; 206.441.0942

Brave Horse Tavern
Wisconsin Deep-fried Cheese Curds
While all of Seattle serves Seattle-based Beecher’s cheese curds, even Tom Douglas, long a champion of all that’s local, knows that the real squeaky curds come from Wisconsin, like these from Ellsworth Cooperative Creamery at his Brave Horse Tavern. Curds—cheddar cheese that’s retrieved before the final step of becoming a block—are known for their trademark squeak. Biting into the fried version here ($9.50), even from under a swipe of dill pickle tartar sauce, sounds like you stepped on a dog toy. In other words, as it should be.
Where Else to Find It: Nearby, Lunchbox Laboratory also serves fried Wisconsin cheese curds, but there they come with Tapatio hot sauce for dipping.
Brave Horse Tavern, South Lake Union, 310 Terry Ave. N; 206.971.0717

13 Coins
St. Louis Toasted Ravioli
If Midwestern fairs have taught us anything, it’s that many foods are better when breaded and deep-fried. St. Louisans have been serving their ravioli this way—under the misnomer of “toasted”—for more than 75 years. Iconic 24-hour diner 13 Coins has been serving these crispy, stuffed pasta pillows ($10) for only the past 16 or so, added to the menu after many requests from diners, particularly travelers catching a meal in one of the high-backed booths of the Sea-Tac location.
When To Go: At dinner, entrées are preceded by a very Midwest tradition: the (complimentary) relish tray. You can ask for it at lunch, but it won’t show up automatically.
13 Coins, Multiple locations

Pie Lab
Indiana Sugar Cream Pie
This favorite Indianan dessert regularly goes by the name of Hoosier pie, but at Kent’s brightly colored Pie Lab, it’s called plain old sugar cream ($26 per pie), in honor of its main ingredients. It has a simple, subtle sweetness, with a custard that’s firmer than you’d find in a butterscotch or coconut cream pie. Here, it’s finished with a sprinkle of colored sugar to offset the monochrome white.
Know Before You Go: Order this pie in advance—it’s not generally available by the slice in the café.
Pie Lab, Kent, 12966 SE Kent-Kangley Road; 253.277.2363

John Howie Steak
Minneapolis Juicy Lucy
As important to Minneapolis as cheesesteak is to Philadelphia, the Jucy (or Juicy) Lucy burger involves molten cheese encased in a beef patty. The $18 version at John Howie’s swanky Bellevue steak house amplifies it to an 11: a mix of short rib, prime chuck and ground bacon—servers recommend having it cooked to at least medium—stuffed with sharp cheddar and jack cheeses before being piled high with onion strings, tomato and a wedge-salad-size hunk of iceberg lettuce.
When To Go: You’ll only find this mammoth burger on the lunch menu, so go on a weekday between 11 a.m. and 2:30 p.m.
John Howie Steak, Bellevue, 11111 NE Eighth St., No. 125; 425.440.0880 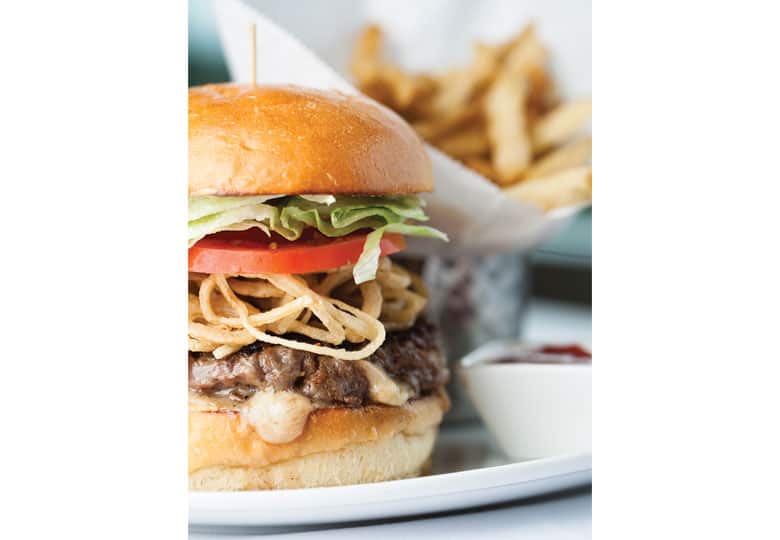