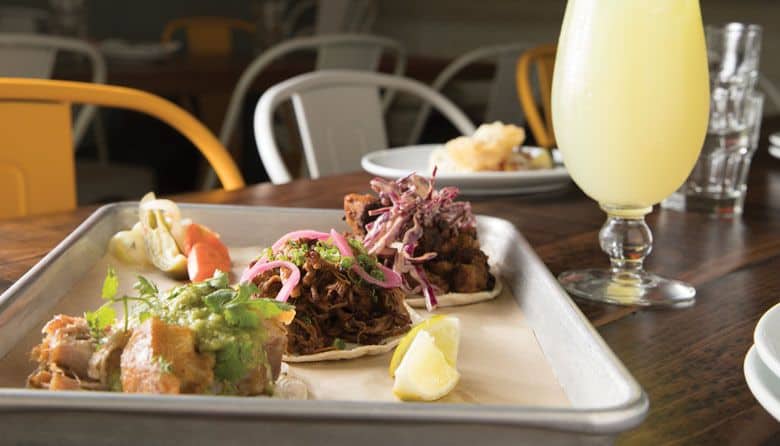 To say that Ethan Stowell is a busy man is perhaps the greatest understatement of the year. Not only is he an award-winning chef and restaurateur, but an active philanthropist and father to two young boys. In a span of two weeks in May, he added two new restaurants to his growing empire: Super Bueno, a kid-friendly Mexican joint on that developing strip of Stone Way N, and Cortina, a fine dining restaurant downtown with a decidedly different clientele and vibe. 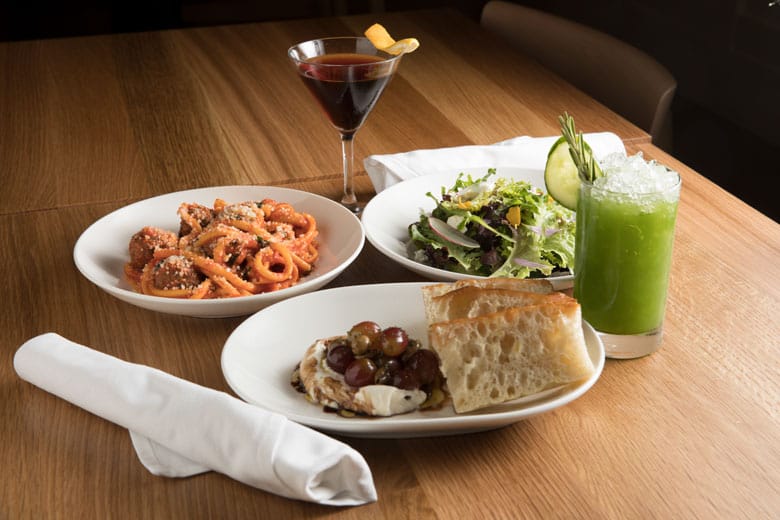 CLASS ACT: Cortina is a Stowell eatery through and through, from bucatini to burrata

“Cortina is right in our wheelhouse,” Stowell says by phone before jetting off to Nagoya, Japan, for a restaurant project he worked on at the airport there. Cortina fits the profile of a Stowell establishment: a contemporary, 8,000-square-foot space in neutral tones—with a crazy long bar able to seat more people than many other entire restaurants—offering a menu of pastas ($19–$26) and pizzas ($17–$19). The menu reads swankier and more American than the likes of Tavolàta and Rione XIII, however; there are also entrées such as a New York strip steak ($52) and fresh seafood towers ($95–$175). It suits the needs of the neighborhood, from happy hours drawing well-heeled business professionals to pre-theater fare on date nights.

Super Bueno is another story. “It’s a new thing for us,” Stowell says of the colorful, casual spot half the size of Cortina, with a departure in cuisine style: a Mexican-inspired menu of kid-friendly quesadillas ($9) and platters of tacos packed with flavorful meat options (three for $14, five for $21 or 10 for $40). The idea came from Stowell’s wife and business partner (and new CEO of FareStart), Angela Stowell. “Super Bueno reminds us a lot of when we opened [the original] Ballard Pizza Company,” he says. “It was hard and fun, and every day it got better and better.”

Indeed, Super Bueno is reminiscent of Ballard Pizza Company, which has a sibling in Frelard, in the way it’s designed with both parents (good food and good drinks!) and kids (contained play space!) in mind. Stowell says it’s also built according to a similarly scalable recipe,with the idea that if this Super Bueno goes well, they can use the same formula to create Super Buenos in other neighborhoods around town.

Some restaurateurs build a collection of restaurants that all look strikingly similar and offer variations of the same dishes. It’s refreshing to see one stretch in two very different directions.