By Edited and Condensed by Rob Smith 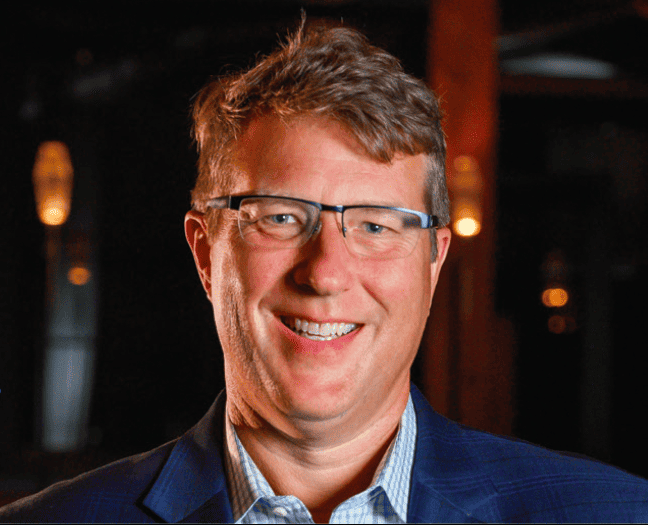 “When you’re at a stop and you need to get sliding again and going, it takes an exceptional amount of force to get you on a pathway,” Mackay says. “There’s just no going back to where we came from.”

Since 2004, Mackay has owned Seattle-based Fire & Vine Hospitality, operator of El Gaucho, Aqua and Aerlume restaurants in Seattle, as well as Walla Walla Steak Co., Crossbuck Brewing and Yellowhawk Resort in Walla Walla. Not only is there no going back, he also insists that his company – and the restaurant industry in general – must completely reinvent itself to survive.

That process is in full swing at Fire & Vine. Lunch is history, as is dinner on Sunday and Monday nights. The chain once employed more than 500. Post-pandemic, it’s now around 250. “You’re going to have to pick and choose what you want to be going forward,” he says. “You may never go back to what you were before.”

Mackay has been outspoken about the ﬂaws in the restaurant industry’s tipping culture. Back in 2016, both Aqua and El Gaucho added a 20% service charge – which the restaurant keeps – opting instead to pay its staﬀ a higher minimum wage and make tipping optional.

Will you ever reopen for lunch? No. This is permanent. It takes the same number of hours to do lunch as dinner. And the amount of revenue you get is 30% of dinner. It’s just not a proﬁtable business.

Why wait until the pandemic to make changes? It was all stuﬀ we just did. Everybody was just used to it. We thought you had to run it seven days to make the most revenue. We were all operating under a paradigm and then it broke. It’s like, why didn’t we do this 20 years ago? But it’s not like we went away from being an exceptional dinner house.

Have you had trouble hiring? No. We recruited back in June of last year, and we brought back the core team and kept it at ﬁve days. We told people that if we haven’t hired you back, you need to look for something else. We wanted to keep this team together.

Did you pivot to delivery during the pandemic? We decided we weren’t going to waste a lot of energy on delivery or to-go. I initially called it hibernation mode. After about three weeks, we decided we had a once-in-a-lifetime opportunity to replace systems, to go to the cloud. What a gift, you know? So later, when we got the restaurants open, we added meals you could ﬁnish in your own kitchen. We added virtual wine-maker dinners and other events.

How did customers respond? We did a Thanksgiving package for pick up the day before. We did more business the day before Thanksgiving than we ever did by being open. When we were closed in December, we had a client that had an exceptional year, and they ordered I think 550 meals – not meal kits – with Scotches, bourbons, steaks, crab legs and everything else.

What specific investments did you make in technology? We did a lot of ripping out old stuﬀ and putting in new. We moved entirely to Oﬃce 365. We were in an old POS, server-based system and we migrated the whole company over about seven months to the Oracle Cloud platform. We deployed laptops to our management teams.

What’s the future of tipping? The tipping model has been under attack. The real question is, what is our future business model? We pay commissions (based on ticket size) to our service teams, so they don’t have to worry whether they’re going to get a tip or not. Let’s say you sell $2,000 worth of food and beverages. In our case, a server would make 15% of that as commission.

Did the tipping model ever really work? The server’s not the only person getting that tip. There’s front desk, dishwashers, kitchen help. Tip pooling was super complicated and none of it ever showed up on your P&L. For anywhere with a high minimum wage, you’ve got to come up with another model.

How’s business? There’s a lot of pent-up demand. Tacoma is up over 2019 numbers. Seattle is about where it was. Aqua and Aerlume are just slightly less.

Are you worried about the future? Am I bullish on the rest of 2021 and 2022? Yes. We had two black swan events in 2020: Covid and international travel shutting down. None of this was anticipated. I don’t spend a lot of time worrying about black swan events, because how do you prepare for them? Otherwise, I’m not going to sleep.